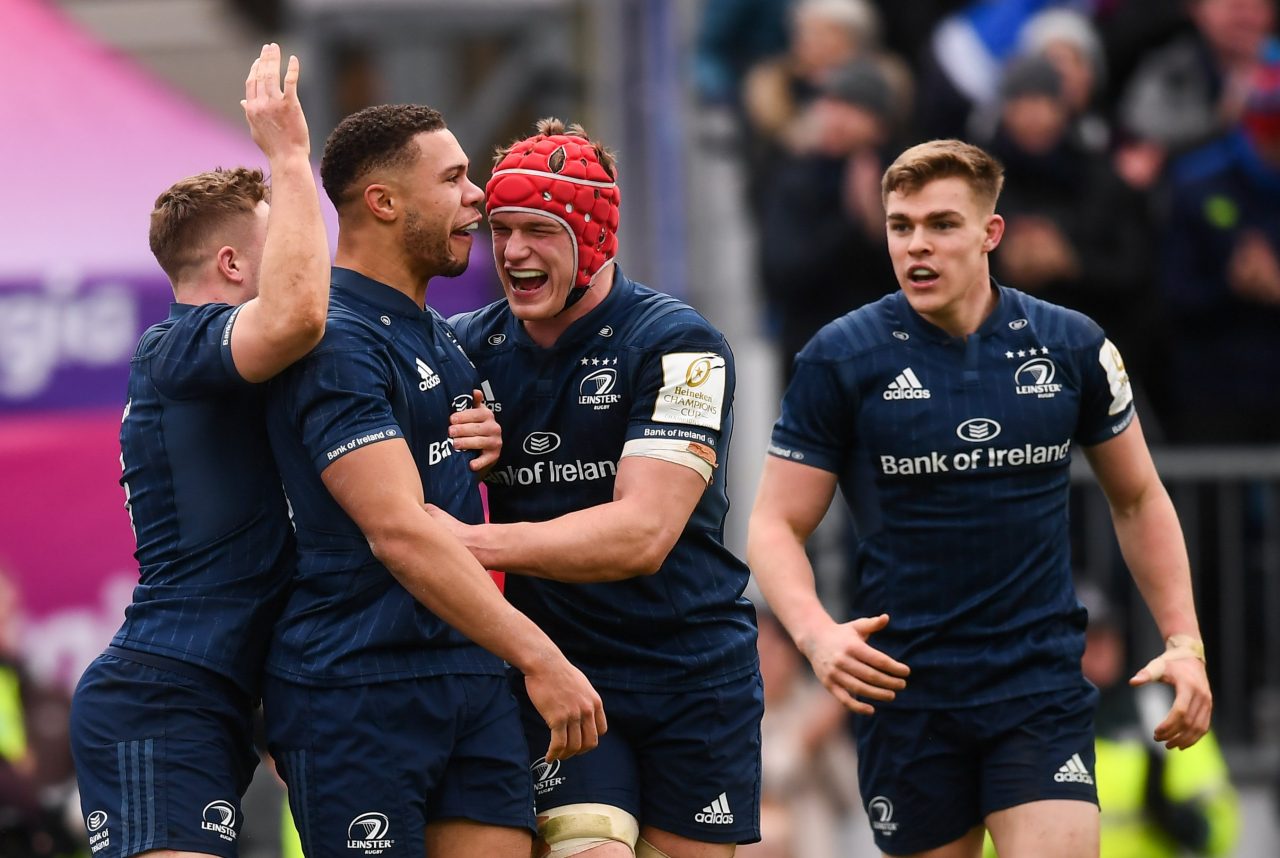 Leinster Rugby welcome Ulster to the Aviva Stadium for the quarter-final of the Heineken Champions Cup (KO 5.45pm) on Saturday, 30 March.

The meeting of the provinces has been hotly anticipated with the game selling out in under three hours.

The knockout stages represent a different challenge in Europe but the pool certainly tested the reigning champions.

It began with a 52-3 victory against English Premiership side Wasps in October, but a week later Leinster faced a difficult test in the south of France.

A try from Maxime Medard clinched victory for Toulouse (28-27) putting them in control of Pool 1.

Leinster would have to wait almost two months to get back into Champions Cup action following that defeat with November internationals taking place in the interim.

Next up was the back-to-back fixtures against Bath Rugby, first away and then back to the Aviva.

The conditions in the south-west of England didn’t allow for much in the way of free-flowing rugby and it became a battle in the trenches, one which Leinster emerged from with a valuable win (17-10).

And if the conditions in the first leg of this back-to-back were bad, the reverse fixture was even worse as Storm Deirdre battered the Aviva.

It wasn’t enough to deter Leinster, who went on to claim a huge 42-15 win with six tries.

These wins in rounds three and four set up the RDS Arena tie with Toulouse to put the winner into pole position for a home quarter-final.

After Christmas and a bruising series of interprovincial derbies, European rugby returned for the last two rounds of the pool.

That clash with Toulouse at a sold-out RDS was round five. The French side came to Dublin with a great deal of confidence based on their league form.

They were met by a sea of blue and a rousing atmosphere that drove Leinster to a 29-13 victory and top spot in the pool.

Round six was yet another trip to England, this time the Ricoh Arena where Wasps were waiting.

The home quarter-final was secured with a 37-19 victory in which two tries for Seán Cronin put him joint top of the try scorers list for this year’s Champions Cup.

Beside him at the top of that chart is one of this weekend’s opponents and fellow Irish international Jacob Stockdale.