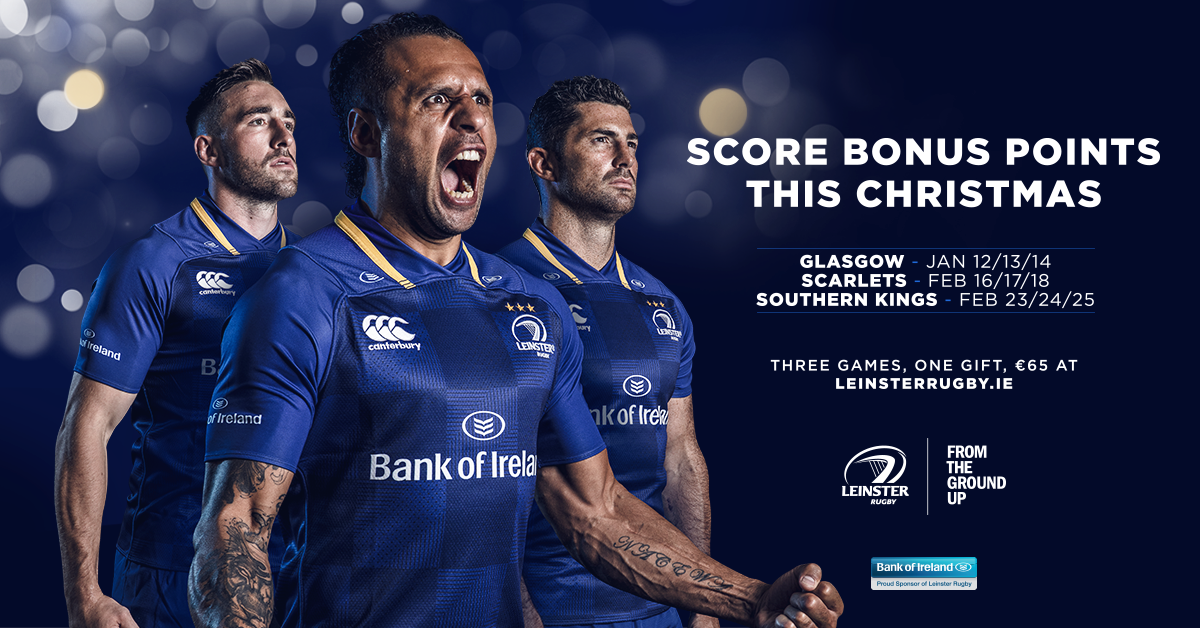 Give the gift of rugby this Christmas with Leinster Rugby’s ‘Three Games, One Gift’ pack, available now from €65 for adults and €25 for under-18s.

The first game in the pack is the visit of Glasgow Warriors in the Champions Cup on the weekend of 12th January.

Leinster picked up a crucial bonus point win at Scotstoun when the sides met in Europe back in October. A repeat of that result would be a huge step forward in the team’s pursuit of a home quarter-final in the Champions Cup.

The next fixture in the ‘Three Games, One Gift’ pack is the visit of reigning PRO14 champions Scarlets.

The last time the Welsh side visited the RDS they claimed a place in the PRO12 Final at Aviva Stadium.

With things getting tight at the top of PRO14 Conference B, this promises to be a key fixture in determining who will end the regular season with a home semi-final.

The final game of the pack is the historic fixture with the Southern Kings.

Leinster faced the South Africans in Port Elizabeth in September, but the match next February will be the province’s first against a South African side on Irish soil.

Start your Christmas shopping today! Get the ‘Three Games, One Gift’ pack.