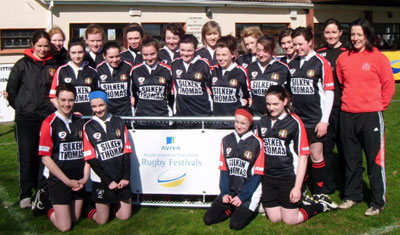 This was the inaugural festival to include both boys and girls from clubs and schools from all four provinces. Participating teams were nominated by their respective Branches and the Cill Dara girls were proud to represent Leinster on the day.

The girls played Abbeyfeale and Westport and put on an excellent display of rugby. They played both sides twice winning three out of four games.