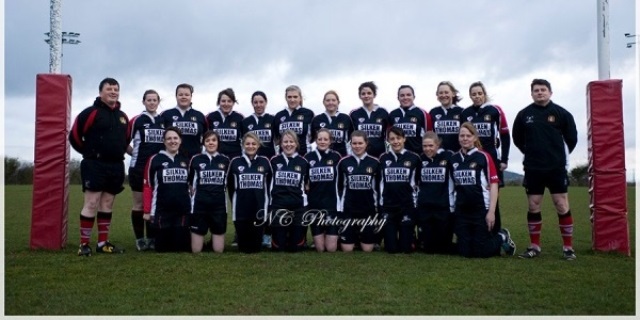 A dramatic late win saw cup holders Highfield pip UL Bohemians to book their place in the triple header of finals set for Tullamore RFC this Sunday, 30th of March…

This weekend will showcase some of the best Women’s club rugby as Tullamore RFC host three finals to bring an end to the 2014 All-Ireland Cups.

The action kicks off with the Plate final between Ballincollig and Cill Dara at 12pm. That game will be followed by the Shield final at 1pm between Tralee and Queen’s University and the Cup final between Galwegians and Highfield kicks off at 3pm.

The Cill Dara RFC Women’s team will be the sole Leinster Rugby representatives at the climax of the All-Ireland women’s rugby knock-out competitions this Sunday in Tullamore RFC.

The finals of the three 2014 All-Ireland competitions – Plate, Shield and Cup – will showcase some of the best in women’s club rugby and it falls to the ladies from Kildare to fly the blue flag when they take on Ballincollig from Cork in the first match of the day at 12:00 p.m. The other finals see Tralee play Queen’s University in the Shield and Galwegians versus Highfield in the Cup.

Although silverware has remained elusive (so far) for the Cill Dara squad, individuals within the team have had a fantastic season representing both province and country. Cill Dara stalwart, Carmela Morey, was part of the Leinster Women’s squad which won the interprovincial title earlier in the season. Following Mel up through the age grades in the club are Muireann Scully and Aoife Murphy who were both selected for the Leinster U.18 squad. During last summer, Muireann also had the honour of playing for her country when she was part of the Irish U-19 Women’s Sevens Rugby squad which competed in the UK Schools Games.

Club, county and province wishes the Cill Dara ladies all the best for Sunday.