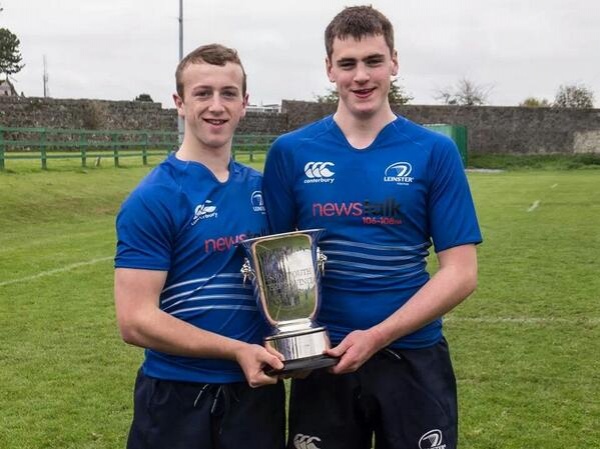 For Cill Dara RFC, 2013 should be dubbed, ‘The Year of the Youth.’ The last 12 months have seen the Kildare club’s focus on developing young players, girls and boys, reap rewards.

In the latter months of the 2012-2013 season, teams from Cill Dara’s youth section reached seven area and provincial finals. While not all brought home the silverware, it showed that the club’s young teams were consistently achieving a high level of competitiveness.

The club form of two of the older boys, Peter Howard and Jimmy O’Loughlin, earned them selection for the Leinster U-18 Club team which won the inter-provincial series. Howard scored the all-important match-winning try in the final game against Connacht last October.

The girls were not to be outdone, however. Muireann Scully gained Cill Dara international recognition when she was selected as a member of the Irish U-18 Sevens team that competed in the UK during September as part of an international schools’ competition. The continued success of girl’s rugby in Cill Dara was again rewarded last month with the selection of Muireann and her club mate, Aoife Murphy, for the Leinster U-18 squad.

On the senior front, Cill Dara player Mel Morey was part of the Leinster Women’s squad that recently won the 2013 Women’s Inter-provincial Series, beating Munster in Thomond Park to lift the title.

Ex-players, Fergus McFadden and Johne Murphy, continue to excel at Leinster and Munster respectively; Fergus capping a magnificent season when winning the Pro 12 and Amlin Cup titles with Leinster and scoring a hat-trick of tries for Ireland in the summer against Canada.

At the end of last season, the senior team retained its place in the top Junior division in Leinster and is currently positioned in third place as this competitive league comes to a conclusion.

The first round of the Provincial Towns Cup has seen Cill Dara drawn to play a tricky fixture in Roscrea. Could 2014 be the year that the Kildare club lift Irish rugby’s oldest trophy for the first time?

Whatever happens, the future of rugby in Kildare Town looks bright.