Clinical first half helps U18 Girls to win over Ulster 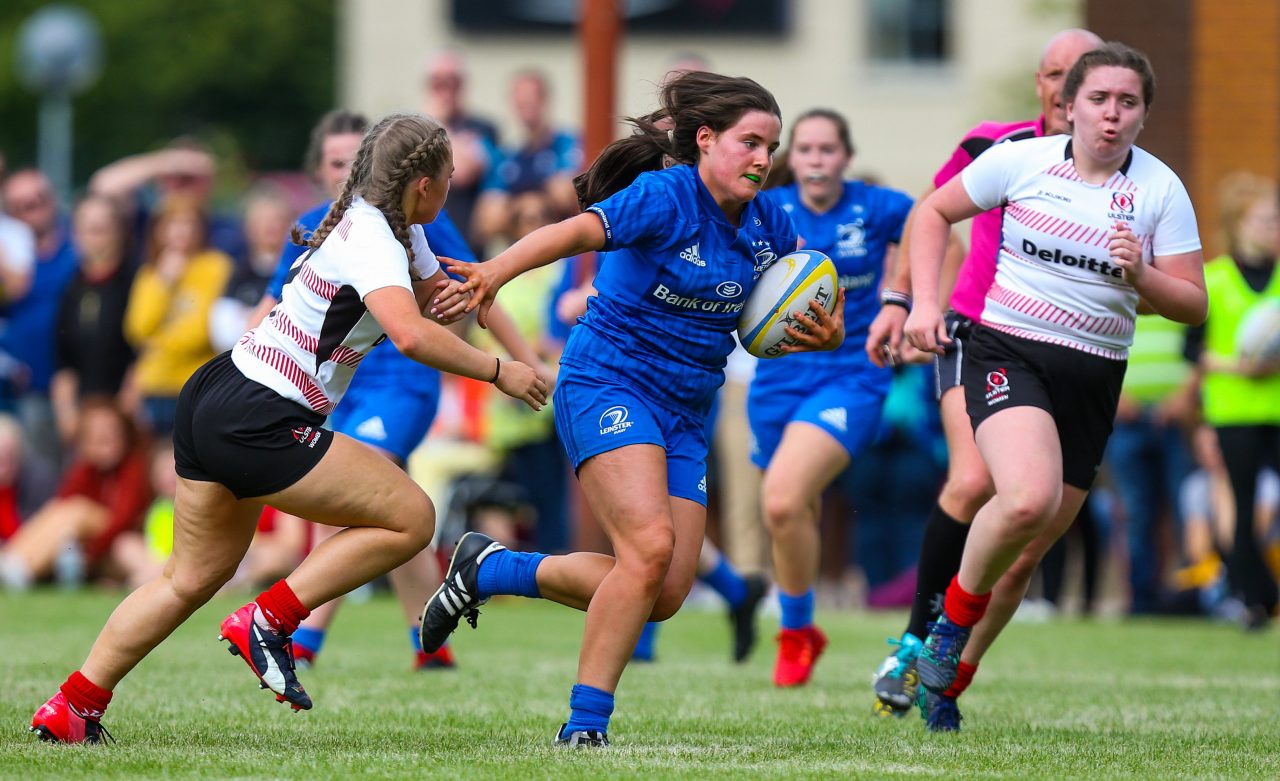 Leinster U18 Girls also enjoyed victory over Ulster at City of Armagh RFC on Saturday.

They ran in six tries to Ulster’s four clinching an impressive 38-20 victory.

Laura Carty was first of the six different try-scorers across the line, giving Leinster the ideal start to the day.

She was followed soon after by Rachel Conroy who made it 10-0.

Further converted tries were added in the first half by Ciara Faulkner and Emily-Jo White while Ulster managed to reply before the break.

The half-time lead of 24-5 looked to be a healthy one but Leinster realised there was still plenty left to do in this game.

Ellie Meade and Ivanna Dempsey dotted down after the restart, giving Leinster some breathing room as the hosts applied pressure.

Without those scores, Ulster’s 15 second-half points would have been much more cause for concern.

Next up for Leinster is a trip to Irish Independent Park where they will play Munster as part of a double header with the Women’s Interprovincial between the same teams.

That game takes place on Saturday, 31 August, at 1pm.

“We are happy with the result which puts us in a really good position to push for top seeding in the semi final stage,” he said.

“All credit to Ulster as it was a really tough game and they fought hard all the way through scoring 3 try’s in the second half. We know that if we meet them again we will have to be at our best.”

“We are away to Munster in the final group game and that is never an easy task. Munster will be disappointed to have had a loss at the weekend which means they will be looking to try finish the group stage with a win,” he added.

“Our focus is on building on the momentum of the first two games and to finish the group stage in a good position going into the semi final stages.”