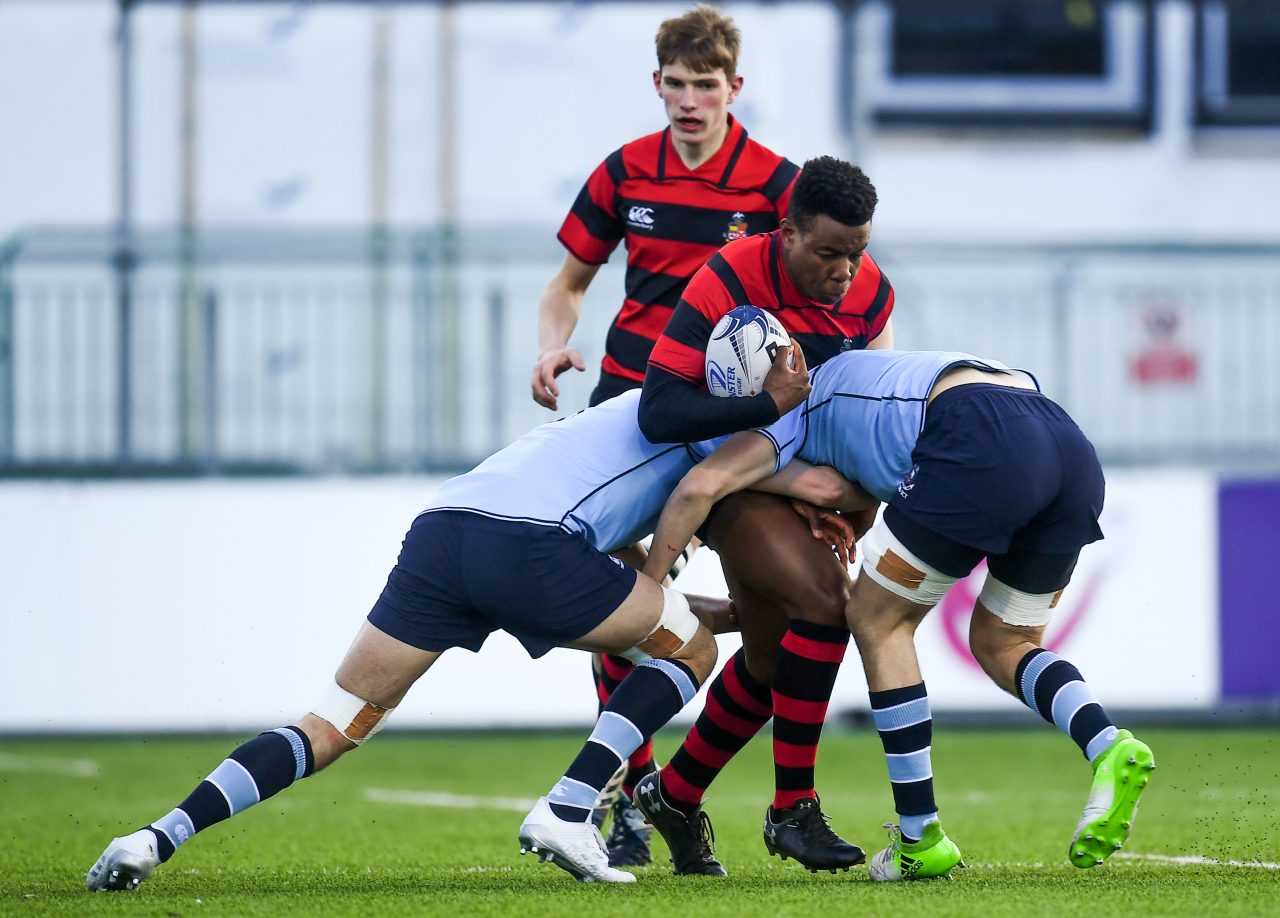 St Michael’s join Blackrock and Terenure in the last eight of the Bank of Ireland Leinster Schools Senior Cup after a 52-10 win over Kilkenny College.

Right from the first whistle, St Michael’s looked as if they were in the mood and by the 10th minute, had already two converted tries on the board.

Jack Boyle and Edward Kelly crossed the whitewash while Christopher Cosgrave, a late switch into outhalf in place of Niall Carroll, was flawless with the boot.

At the other end, Kilkenny were gradually pushing into Michael’s territory and Charlie Tector added their first points, a 15th minute penalty.

Quick thinking from Michael’s scrum half Robert Gilsenan off the back of a scrum led to their third try of the first half, again converted.

Cosgrave added to his individual tally, taking three with the last kick before the interval.

The South Dublin outfit continued in the same manner once the action restarted and, again, Boyle was to the fore.

The loosehead got his second try, followed quickly by a first of two for Andrew Smith, both converted by Cosgrave.

In the 49th minute, Kilkenny’s efforts were rewarded as Success Edogun forced his way over the line to dot down.

That concession didn’t hinder the confidence of their opponents and Smith soon crossed over for his second try before replacement James Power got in on the scoring act.