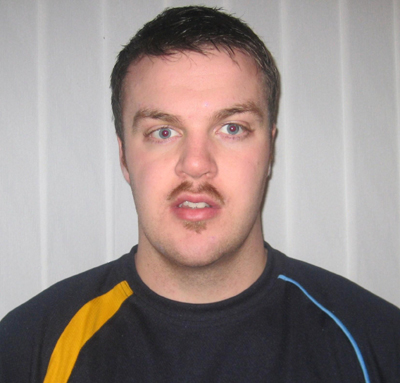 Movember moustaches have been raising awareness and money for charity all over the world this month, but one particular Clondalkin RFC tash has seen an influx in Clon tries as well as charity cash…

Clondalkin’s Paul McDermott has been ordered not to shave his new whiskers come December 1 after he topped last Movember’s feat of four tries in four November games with two tries against Kilkenny recently.

The number 8’s facial hair seems to have Samson like powers with the former Leinster Youths player crossing the whitewash five times in the last month to ensure an average 1.15 tries per Movember game.

And despite the arrival of December, the sharpening of rugby players razor blades across the globe and a Delia like request from his other half, McDermott is considering growing a tash of Marty Whelan and Burnt Reynolds quality.

“I have hit a rich vein of form in recent weeks. Its five tries in November and I am putting it down to the moustache,” McDermott told CRFC-TV.

“I got a hat trick against Ashbourne when it was fully grown last year as well as a try in the early stages of last season’s Movember. I am under pressure to keep it now and I am seriously considering it despite the girlfriend’s requests otherwise. I am wondering if it gets bigger and better will I get more tries. One player who wants it gone is scrum half Mark Molloy as he believes I am eating into his scoring quota and that is another incentive to keep it!”, the forward added.

Captain Dan Fitzpatrick is also of the opinion that moustaches in this case or not just for Movember. The big lock has heralded the scrum as the real catalyst for McDermott’s scoring spree but has advised the back row not to shave.

“In fairness to Macker he has had the Midas touch over the last few weeks and he has played great rugby all year, but most of his scores have come off the back of solid scrums so the front eight deserve credit. The tash is probably the worst in the club. Maybe when he grows up he will have a decent one, but it does seem to have brought him some luck so I think the coaches should order him to keep it.”