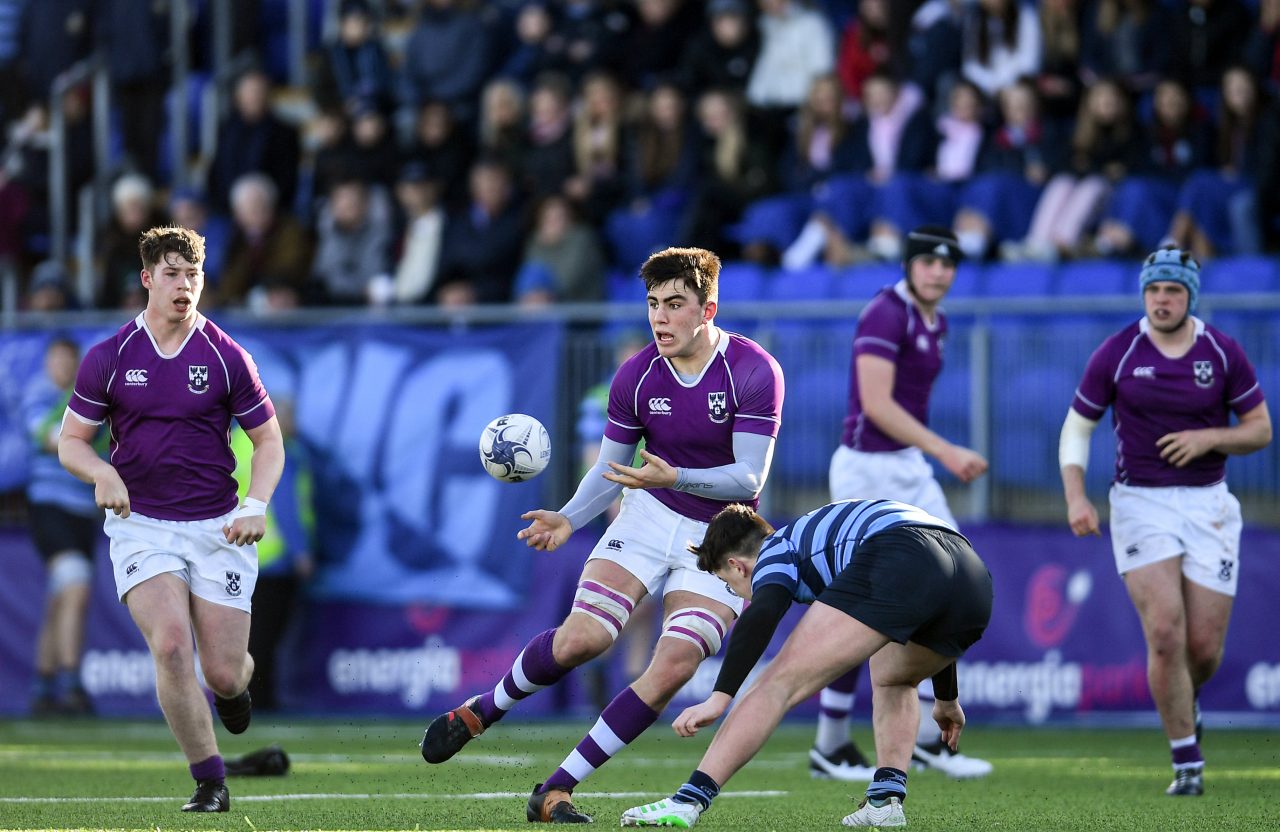 Clongowes Wood College have booked their spot in the Bank of Ireland Leinster Schools Senior Cup final for the first time since 2014.

A 21-point haul in the second half was more than enough to overturn the six points they trailed Castleknock College by at the break.

Tries from Calum Dowling and a quickfire brace in the closing 10 minutes from Eddie Carr and Oisín Devitt sealed their spot in the last two despite the worrying opening to the game.

A lively start from Castleknock was rewarded in the sixth minute when winger Will Hennessy crashed over for the first score. He found himself in acres of room on the right wing and full back Alex Watson fed him a perfectly weighted pass.

The powerful running of Ciarán McCarrick was the driving force behind their relentless early attack.

But it was from a burst down the left flank from Jake Rooney that granted them the field position to score their second try.

When Clongowes were penalised for a high tackle just shy of their own goal line, quick-thinking Castleknock captain Louis McDonough went it alone, carried the tackle and dotted down.

Clongowes hit back quickly and lock Jack Kearney dotted down after a clever collaboration between Rory Morrin and flanker Dowling allowed the latter to break the Clongowes line.

As Dowling was tracked down by ‘Knock, Kearney provided a good support line and the big second row was able to finish the move.

Castleknock’s speed of attack continued to cause problems for Clongowes and, but for some clever interventions, they could have been further behind at the break.

Instead, it was just 14-8 at half time after David Wilkinson’s penalty cut the deficit.

The Clane school began the second period with plenty of possession but couldn’t get deep enough into Castleknock territory. Centre Fionn Gibbons came up with a big turnover at a critical time in his own ’22’.

Clongowes finally edged in front in the 57th minute when Dowling bundled over from close range after countless phases across the Castleknock goal line. Wilkinson’s conversion made it 15-14.

However, that lead wasn’t to last long as Hennessy broke free once more before spreading the ball to Gibbons, then Watson and onto the opposite winger Jake Rooney who grounded in the corner under pressure.

Such was the nature of this second half, Clongowes came right back at ‘Knock and a quickfire double made sure of their place at the RDS Arena on St Patrick’s Day.

First, replacement prop Carr grounded underneath the posts before scrum half Devitt broke clear from his own half and weaved his way to the line impressively.

Wilkinson added the extras to both tries to put Clongowes out of sight.