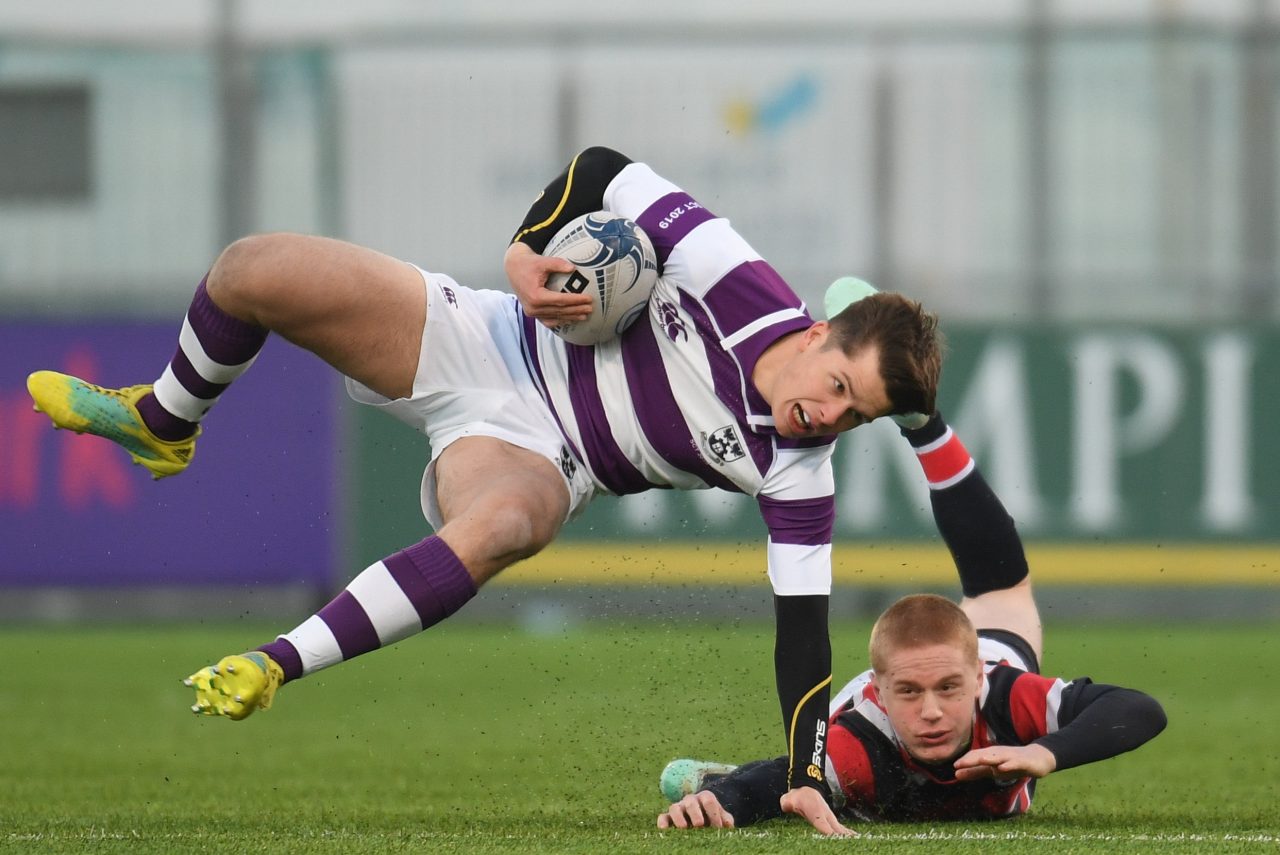 Clongowes Wood were made to battle right to the end by Wesley in making the Bank of Ireland Leinster Senior Cup quarter-final at Energia Park on Wednesday.

The opening exchanges were unforgiving at close quarters, the Clongowes loose forwards Tom Coghlan and Thomas Gilheany combining to draw a penalty out of Wesley.

Out-half David Wilkinson slotted it for the lead in the eighth minute.

There was a direct approach to the Clane school’s work that demanded attention around the fringes where props Barry Dooley and Ryan McMahon made progress.

The smooth transition from narrow to wide was disrupted by the aggression of the Wesley pack led by captain Jamie Kavanagh.

It as just as well because full-back John Maher and centre Joe Carroll looked likely given enough space.

Wesley warmed to the task as the kicking game of their scrum-half Jack Atkinson took them forward.

Full-back Jamie Metchette and wing Luke Fitzpatrick almost got away down the left and there were two examples where a bouncing ball did not quite fall Wesley’s way.

At least, they were gaining confidence from the inroads they made.

The technical excellence of last-man-back Adam Campion’s take down of left wing Mark Galvin was a sight.

However, second row Hugh Lonergan made a dent that was taken advantage of by Wilkinson’s long pass and Maher’s stepping try on the right for 8-0 in the 33rd minute.

It could have been closer when Metchette’s break and grubber forced a scrum.

They had numerous drives to the line, mostly by prop Sam Illo and flanker Alfred Oropo, which were eventually rebuffed.

There was a feeling that that was their chance, especially when scrum-half Ross MacGoey hared into the left corner, Wilkinson converting in the 49th minute.

The will of Wesley to keep coming was something to behold as was the commitment of Clongowes to keep turning them away right on the line.

The Ballinteer school regathered from a scrum, driving the ball up the guts before Illo shot between defenders for a try, converted by wing Campion in the 59th minute.

No sooner had Wesley retuned to halfway than Clongowes rebounded from Maher’s opportunism for his second try.

That was the game right there.