Clongowes too good for KH in Senior Cup 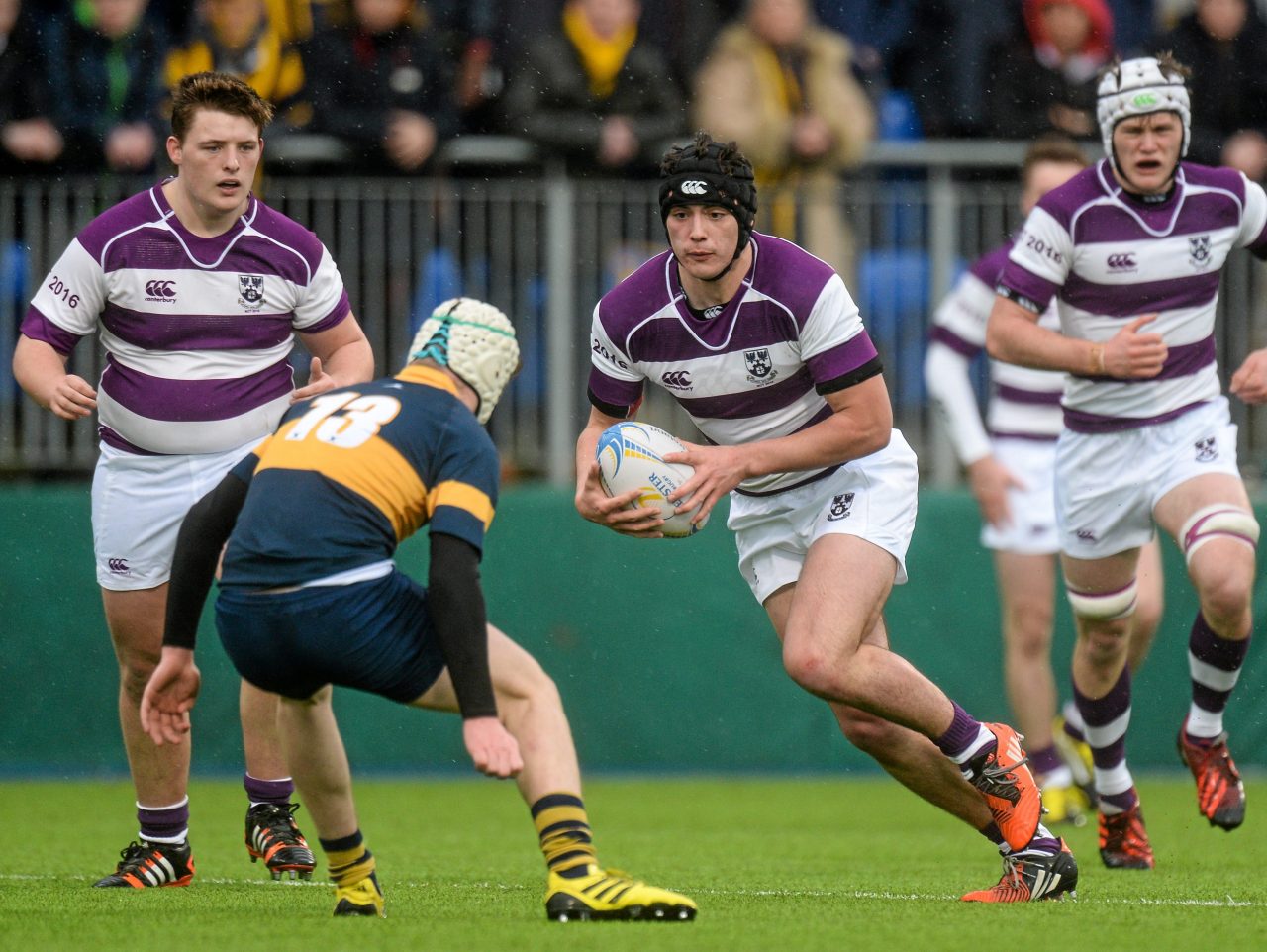 It took Clongowes all their time to get to grips with The King’s Hospital on the way to the Bank of Ireland Leinster Schools Senior Cup quarter-final at Donnybrook on Thursday.

There was something of the dark horse about both of these coming into this one.

Neither was over-adventurous in the beginning as the feeling out process involved the pain of heavy contact, most notably when Clongowes flanker Sean McMahon piled into KH number eight David Boles and Sean McCrohan drove Tom Doyle back from where the lock came.

All the while, Hos’ held onto the ball well enough to claim a penalty which full-back Paul McCullagh struck from the left for the lead in the seventh minute.

It sparked a response from the Clane school as centre Miles O’Connor, prop Edward Carroll and McCrohan made significant headway. They were turned away.

KH scrum-half Scott le Roux’s devilish chip caused consternation and wing Daniel Corr was onto it in a flash. The space was to the right and it took the critical intervention of left wing Brian Maher to close down the danger.

Daniel Courtney’s educated boot was proving a factor too. He forced a lineout. But, Hos’ forced the play to allow Maher to complete another vital steal.

The straight running of centre Connall Howley created the space out wide for wing Corr to come within a whisker of the opening try, Fiachra Lynch doing just enough in the corner.

The rain was making handling a liability in close. The ball was put to flight and prop Carroll made Joseph Murphy’s hike pay off.

The subsequent carry of Carroll was just what Clongowes needed to get in behind. Flanker Patrick Nulty was the all-important link man for lock Florence McCarthy to finish off the drive in style.

KH immediately went to the pressure game. They earned a penalty out of hands in a counter ruck.

The points were on offer. Instead, they went for the corner. An old style all-in maul was the key to bashing through the door for prop Sean Goodburn to rise with the ball and recover the lead in the 27th minute.

It was swings and roundabouts as Clongowes came calling again to earn a penalty from a no-arms tackle and O’Shea split the posts from 35 metres on the half-hour.

They were quickly back for three more when McCrohan made a lot of ground to block down Courtney.

It was turned into a penalty and O’Shea obliged for 13-8 from the left.

On resumption, once again, Carroll was the trigger for Clongowes to establish control and pressure was turned into points from O’Shea’s third three for a two-score gap.

Gradually, Clongowes were finding their rhythm as KH were forced to feed on mistakes like a ball out on the full which gave them territory. The lineout misfired and they were stuck in neutral.

The Purple and White front five were starting to exert control and ask all the right questions.

A set move put the game to bed when centre Miles O’Connor shot through a hole and held a defender at arm’s length for a superb try in the 47th minute.

The dynamic McCrohan was to the fore as Clongowes came looking for more and they found it from captain Jack Moore’s crashing try. O’Shea’s conversion was on target.

The front row and Nulty were in the mood to tear it up, sucking in numbers in order to release Maher into the left corner for an impressive fourth try.