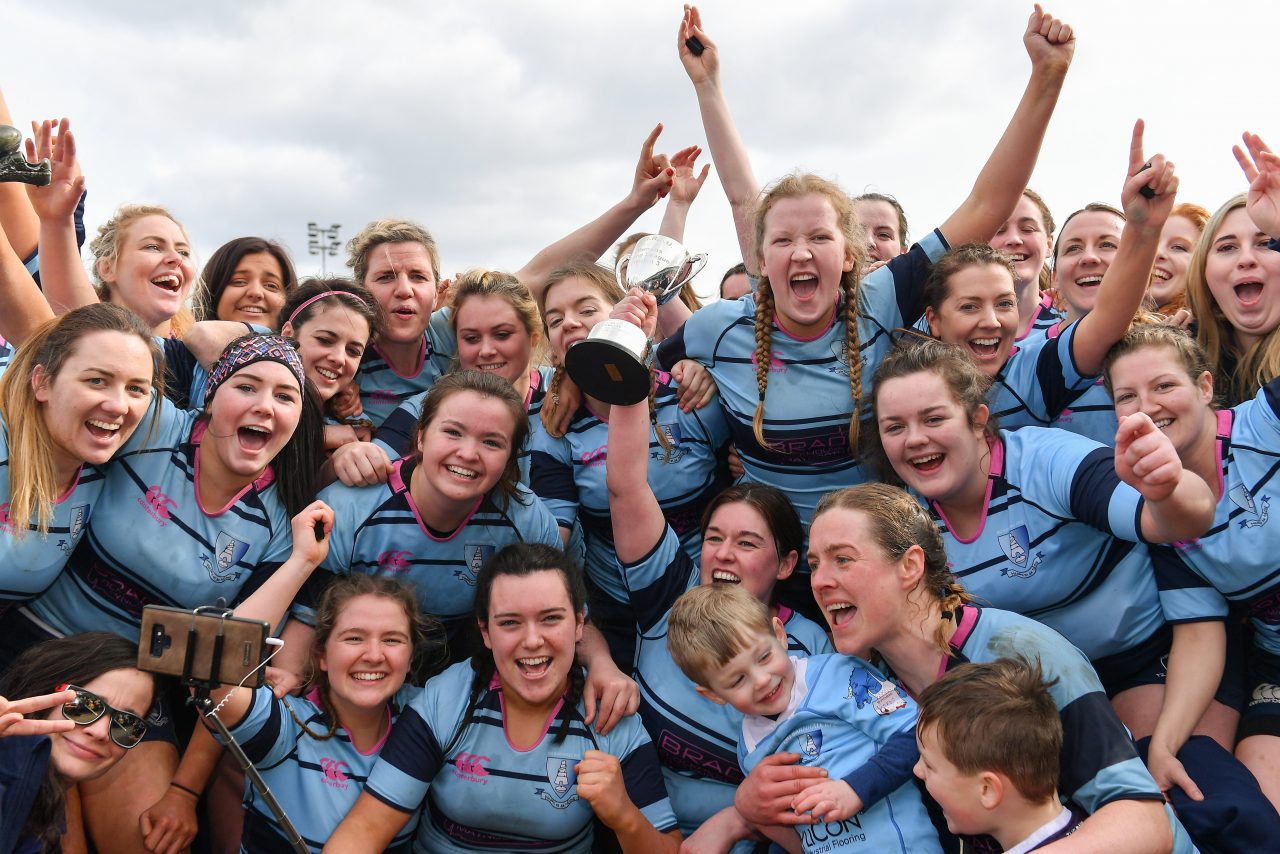 Such is the growth in interest in participation in women’s rugby, for the first time this season, MU Barnhall will field two competitive teams in the Leinster Women’s League, joining only a small group of clubs with more than a single team, a small group that is pleasingly increasing with every passing season.

What was once known as the women’s team is now a fully developed female section of the club with two teams and an array of underage teams; a dream of many involved in the club for many years. The club were very aware that while there was huge potential for growing the adult female players’ side of the club, with only one team competing at weekends with upwards of 40 players training week in, week out and only 22 spots for the coaches and managers to select, there were players drifting in and out of the club. Not only is the club intent on growing player numbers, it is intent on improving playing quality and progressing through the Leinster Leagues and the ultimate ambition is to become an AIL club.

Many of these players have played a role in the development of mini and youth female rugby through coaching these girls and have developed the club to where it is from the female rugby stand point. A decision to extend the hugely successful scholarship programme with Maynooth University to female players has reaped rewards almost immediately with both the quantity and quality of players exploding since being introduced.

After a few false starts, friendlies falling through and opponents being unable to field teams, the ground breaking day finally occurred on October 20 with two competitive matches taking place at the same time, a Division 2 match away to Balbriggan occurring at the same time as a Division 4 match at home to Longford. The Division 2 match featured mainly established players from last season’s promotion from Division 3 coupled with a few new arrivals into Maynooth University, players from last season’s Under-18 squad and elsewhere. The Division 4 team sheet was sprinkled with many more new names and faces in the club along with well-known experienced players.

A new forwards coach has joined the coaching staff this year for the entire squad as well and taken overall responsibility for Division 4 matches at weekends. Under the tutelage of head coach and manager Aisling McCormack and conditioning coach Maria Boylan for a third season, continuity is assured and both teams train together as equals, only ever splitting for a brief time during the week to focus on some match specific exercises and captain’s runs. Several senior players over both squads also help with coaching underage teams and their future team mates.

Fully opposed team runs in training have greatly benefited both squads as very little is left artificial, there are many more live scenarios. Players are expected to be able to integrate with either teams as there is sure to be movement between teams as the season progresses. Players are aware that there is scope to move between teams and many will be happy to do so.

Having teams that may have slightly different goals and aspirations is vital for retaining players in an all-inclusive manner. Far too many players have been lost over the years but the club intend to provide a suitable level to play at for all potential players. It is also important to have a number of pathways for underage players to follow, whatever their stage of development and readiness to compete at an adult level once their youths days are finished.

Not every player will want to (or be available to) train with the dedication required to push towards the upper echelons of the Leinster League and beyond and it is no different to men’s rugby in that respect. MU Barnhall has five men’s teams competing in various Leinster Leagues and the AIL which caters for a wide range of skill levels and also to a wide range of players that can commit huge time to rugby to those that can’t. With two teams now, the club can cater for a wider range of female players and are already looking forward to the day that a third team is announced.

For information on the scholarship programme in Maynooth University contact Tom McKeown at thomas.mckeown@mu.ie.