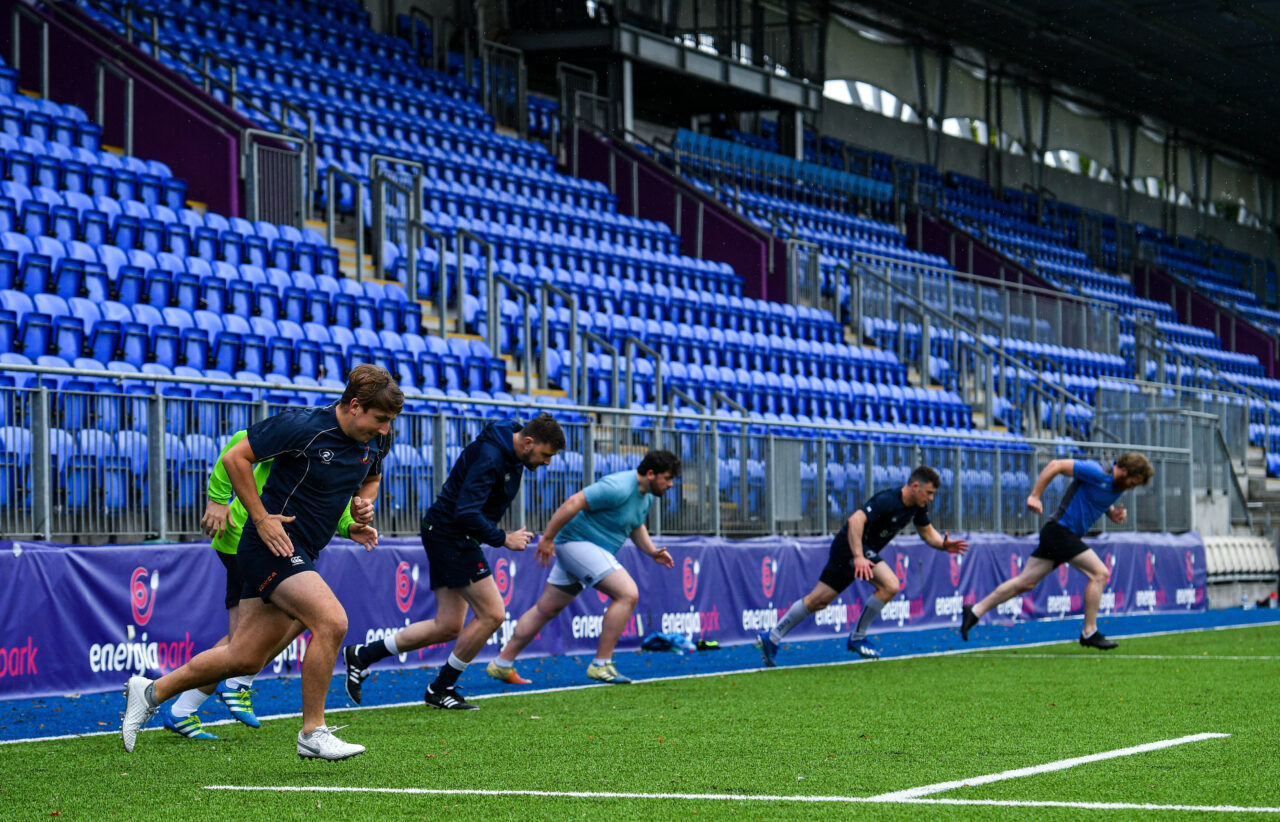 This article first appeared in the Official Matchday Programme for Leinster Rugby’s Guinness PRO14 clash with Zebre on October 23, 2020.

Old Wesley’s move from their base in Ballycorus to Donnybrook has coincided with the ramping up of their facilities and the attraction of the club as a playing destiny.

“It makes it a lot easier. There is no question about it,” noted coach Morgan Lennon about the club which was placed second in Division 1B when last season was cancelled and manned the same spot at the end of the regular season in 2019.

In fact, they have been competitive in 1B since earning promotion from 2A in 2015, the same season major changes occurred at the club.

“In 2014, the artificial pitch came in for my second year as head coach. It made a massive difference for the club in maintaining our AIL standards and for the recruitment of U-20s out of school,” issued Lennon.

“I was there in the times when we were up in Ballycorus. The thoughts of it now. You needed your own transport. When I look back, I am not sure how those lads got up there. The last thing you wanted to do after college or work was spend an hour in nightmare traffic just to be late for training.

“Now, for example, on a Wednesday night, for juniors training, you could have 80 guys in Donnybrook. The seniors average 35-40 and the U-20s would have around 40. There is a real buzz at the club.”

The club pathway begins and ends with the U-20s and Old Wesley have invested in coaching structures that have served the club well. 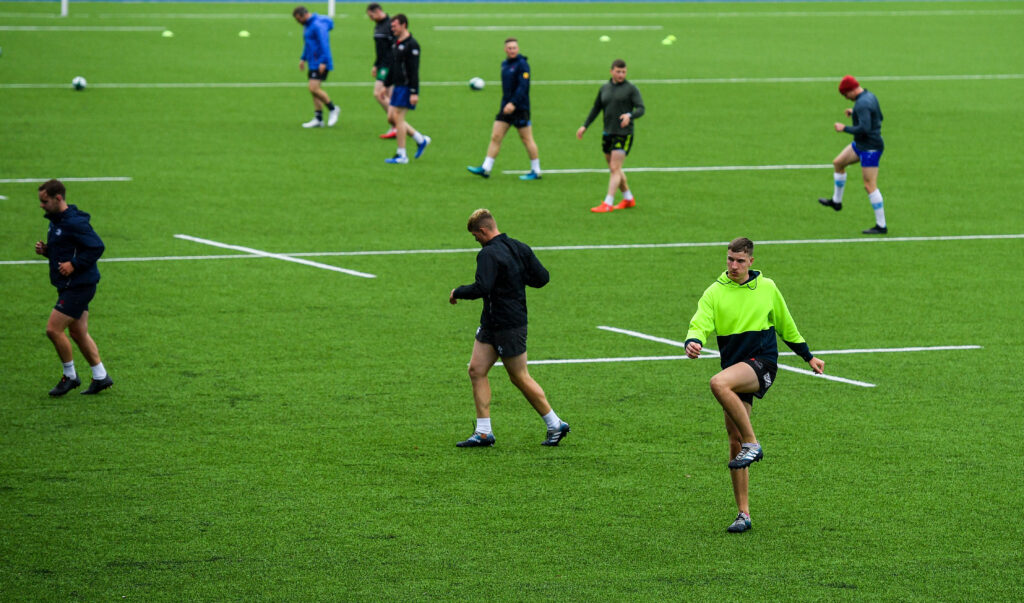 “I would say the U-20s are more important than ever,” said Lennon.

“Three years ago, we got Ronan O’Donovan to coach our 20s and surrounded him with guys just finishing playing, like Darren Horan and Conor Lavelle. We tend to try and develop from within in all our coaching structures, Alan Large, our senior assistant coach, also captained a side that I coached for two years, lifting the 2A trophy in 2015. It helps breathe an identity I feel.

“We are always looking at how we can connect with schools, other than Wesley. We have worked at getting players in from Roscrea, Kilkenny, you know, lads coming up from the country without an affiliation to one of the city clubs.

“If we have players in the system, they will go straight up to the senior level because they need that level of development and challenge. They need to play AIL rugby to compete at U-20s. Often, they will lean towards Lansdowne, UCD, Trinity, which I can understand.

“Having said that, we have a good record of development with Harry Noonan and JJ O’Dea. For a loose-head, like Harry, there is no better way to learn than by going up against Ross Kane or Andrew Warwick up the north or Dec Lavery, who would have so much experience. He has played around 30 AIL matches and he is still just 20.”

“We try to balance the two things, develop the guys that are looking to go further in rugby and provide a home for players who want to play Premier 20s and senior rugby.” 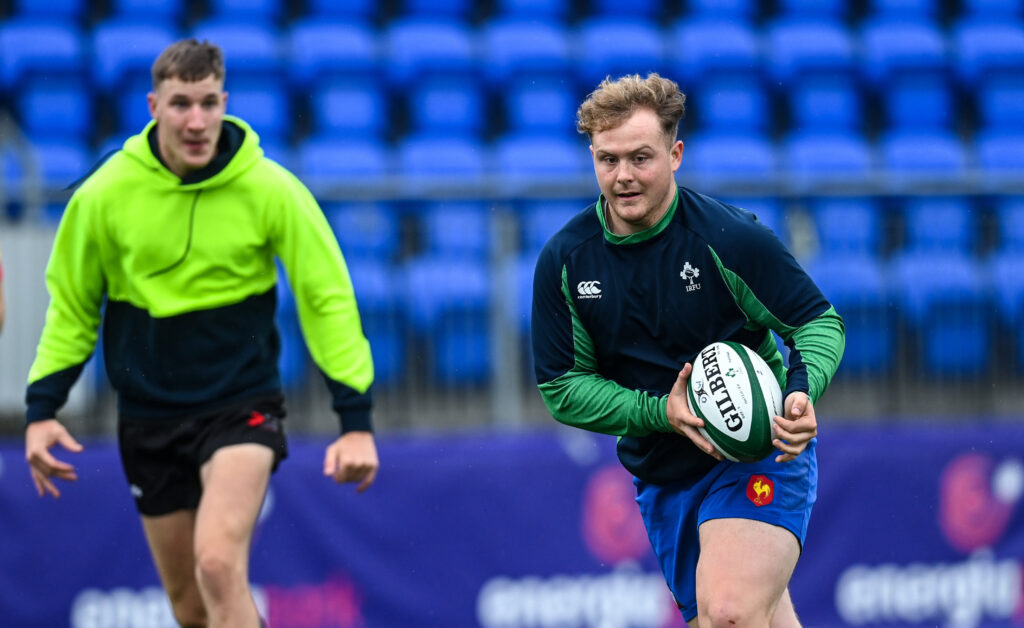 The solid groundwork has been paying dividends too, Old Wesley winning promotion into the U-20s Premier Division for last season.

“It was a fairly steep learning curve. The difference between Premier and Division 1 is considerable. Once the lads got to where they needed to, in terms of the pace of the game, they beat Terenure and Barnhall to stay in the Premier Division, which is huge for them and for us in attracting players into the club.

“The numbers are really healthy, at the moment. We’ve got 40-plus U-20 players training which is great, considering there is no rugby. They are still showing up. They could take the attitude of ‘why bother?’ But, they haven’t.

“They are working away. It is a real eclectic bunch there. It is fairly different from some other clubs which might have a glut of players in from one or two schools.”

The fact the U-20s had not been able to play rugby should have acted as a deterrent to turning up to training. It was not the case. In many cases, it is the only outlet for players to work out their energy.

“One of the things we are looking at is, they have no rugby, so we are suggesting that some of them come up to the senior squad, fast-track their integration,” said Lennon.

Wesley has managed to hold onto many of the players that graduate from the U-20s and fail to make the AIL squad, by engaging with those that might slip away.

“Right down through the club, there are people coaching and running teams. Every team is well catered to. They have coaches, a manager, a physio available and the teams are all connected,” said the head coach. 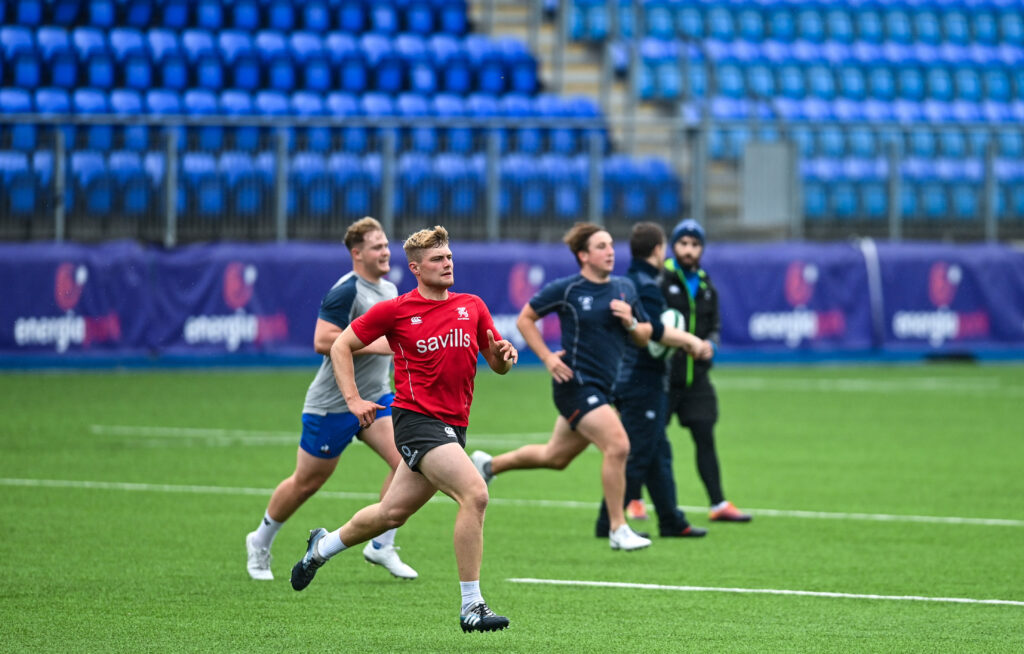 “’We are becoming an increasingly fashionable club for quality rugby players. When I talk to a player about playing for Old Wesley, I will know quickly whether it is worth his and our time. That wasn’t always the case.”

“What happens is that, at the end of every season, I get a list of around 10 guys from the U-20s that can potentially play senior/J1 rugby. I will contact those players. Another list is given to Brian Hastings and Marc Warburton, our J2 coaches, and Paul McClatchie for the J3 squad and they make those calls.

“It just filters down through the club. Everyone leaving the 20s will get a phone call with an offer to train with an adult team. We make sure everyone within that bracket is contacted, so that we don’t lose them to the club. We are fielding five, sometimes six, adult teams, not including the 20s. Our thirds are playing a high standard at Metro 2.”

There is the process of keeping what you have and the reach to attracting greater numbers is based around those same men, who turn out to play.

“Often, we do get guys in from other places. Our players are our greatest network. It makes it easier when we have such a diverse group.

“We also have a good connection with UCC, for example. We have Paul Derham, Charlie O’Regan, Michael Clune and we signed Darragh Feeney this summer.

“We try to make this a welcome place to play and enjoy their rugby.”

That seems to be working well.