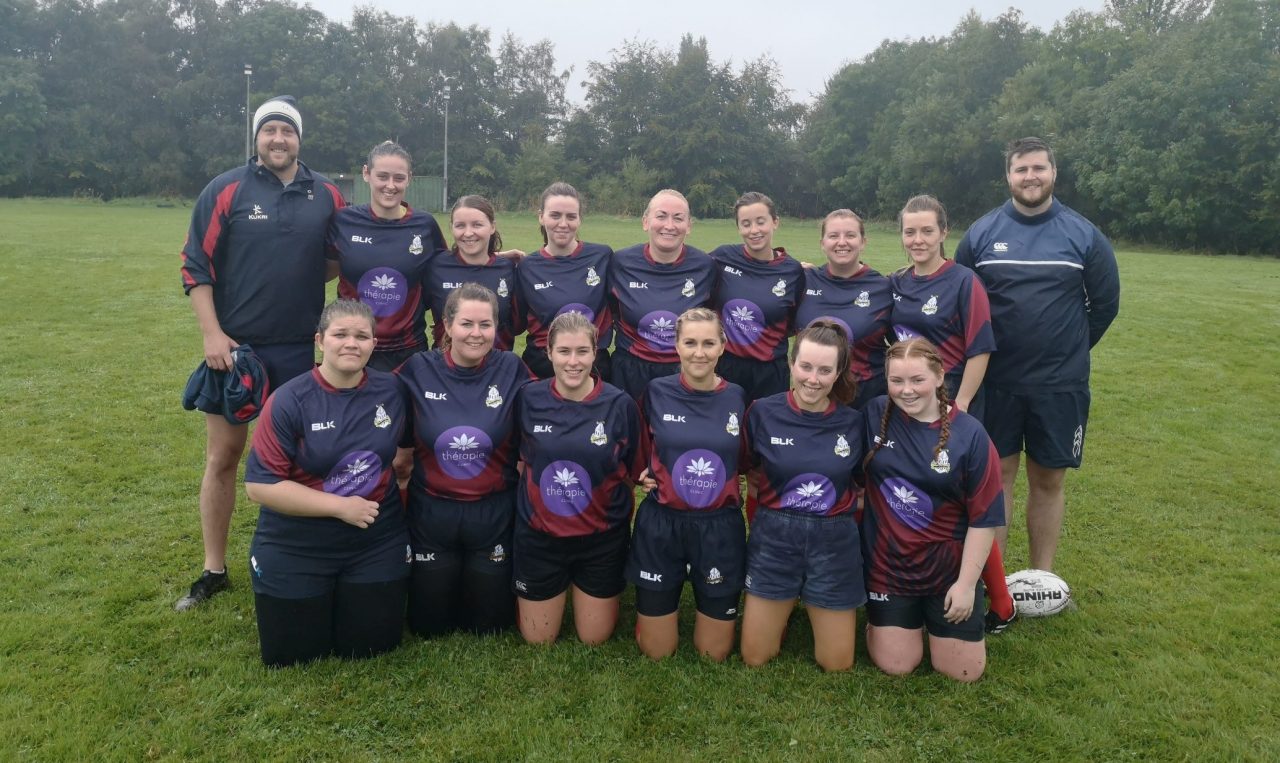 Tallaght Women’s Rugby team initially started out as a development social team in 2011. With the level of competitiveness and passion the team gave to each game, they soon progressed and now compete in Division 4 of the Leinster League. Most of the women who have joined in recent years have never played a team sport in their life.

Naturally the coaches have had some challenging starts to the season teaching the new players basics whilst keeping the more experienced ones on form and engaged in the game. Both players new and old would tell you that Tallaght Rugby has been incredibly welcoming and that the club strives to provide them with a fun, diverse and inclusive environment throughout their time with the club.

Testament to this is the fact that Tallaght Women’s Rugby were invited to participate in the Union Cup held in DCU this year. The Union Cup is Europe’s biggest LGBT+ inclusive rugby tournament and in 2019 for the first time ever Women’s teams were invited to compete in the Anne Louise Gilligan Cup. It was such a pleasure for the team to be part of the tournament’s history. The ladies had a fantastic time participating and even had the opportunity to have one of their games televised!

Being part of Tallaght Women’s rugby doesn’t just stop at playing for the team. Something the Women’s Development Officer Aoife Davoren would be all too familiar with:

“Having a rugby mad fiancée and a keen interest in the sport, resulted in an initial foray into playing. However after a brief season and an unlucky injury, I was asked if I would take on the role of WDO for Tallaght. Getting to watch girls try a new sport or return to the sport they once knew and developing those who want to be a part of such a growing community is the biggest reward of the role.

“Tallaght Women’s Rugby team, despite being a young, developing squad, are one that are committed to the development of the sport in the community. It is an honour to be a part of such a wonderful group of women and a supportive, inclusive club.”

Their very own Audrey Fulham also started out as a player with the club as a forward. Audrey’s passion and understanding for the rules of the game grew which ultimately led her into becoming a Leinster Rugby Referee:

“I started playing for the club in 2016 as a second row. I quickly became interested in rugby laws, so I began training and became a Leinster Rugby Referee in November 2018! I had a very busy first season and as a result I was given the opportunity to officiate the Women’s Final at the 2019 Union Cup. I even got to meet the legend that is Nigel Owens!

“Since then I have officiated Women’s AIL matches and touch judged for the Women’s interprovincial games which has been absolutely incredible for my first year as a referee. All this came from being part of Tallaght RFC and I am proud to say that’s where my career started!”

The future of the women in our club is going from strength to strength. Tallaght have Under-18 Girls who are amalgamated with Old Belvedere and St Mary’s to form the ‘Bistos’ and their new Under-14 Girls team. Coach Aileen McGovern undertook the ‘Give it a Try’ initiative this summer and after finding the appetite for the age group, Aileen took the lead and started Tallaght Rugby’s first Under-14 Girls team, something which she is very proud of having retired during last season:

“I began playing for TRFC in 2010/2011 as part of the club’s first women’s rugby team. Since having to retire last season, I was delighted to be able to give back to the club that has supported me throughout my rugby career. I currently coach the Under-18 Girls and thanks to the ‘Give it a Try’ programme I now also coach our club’s first Under-14 Girls team.

“The potential and determination displayed by these girls is exciting. The new era of women’s rugby plays a vital role in mental health for young women and provides a positive environment for the younger generation in our community. I am so proud to be a part of this club and look forward to the future of TRFC.”

Tallaght Women’s Rugby are always keen for new players to join whether you are an experienced player, or you just want to give it a try, you are more than welcome! Training is every Monday and Wednesday at Pitch 100 Firhouse (located directly across from Firhouse Community College).