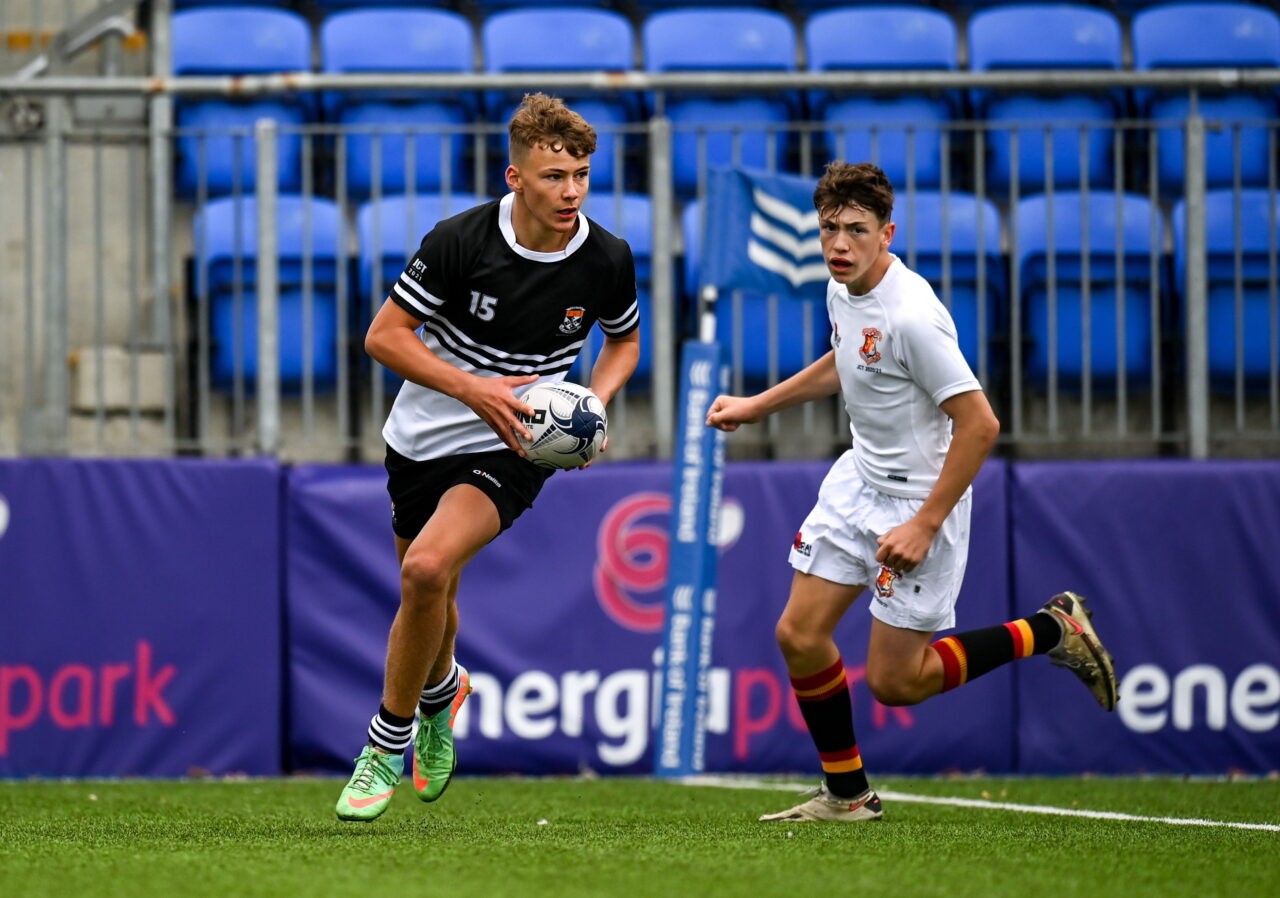 Unfortunately, Pres had to cope with the loss of out-half Ronan O’Boyle due to illness in what was a huge blow to their game plan.

This prompted a complicated set of switches in which scrum half Max Delahunty moved to full-back, Ross Hayde moved from 15-to-10 and Sean McDonald moved from the bench to scrum half.

They certainly didn’t let it derail them early on, moving the ball at speed until Newbridge prop Sam O’Loughlin stalled them with a turnover.

Soon, Montgomery and Patrick Forde were on the loose in the lead up to creating a try for their fellow back-rower Ruairi Munnelly to score in the left corner.

To add injury to insult, Pres lost prop Cathal Ryan. It was just what they didn’t need. It was all about taking it on the chin and hitting back.

Without delay, the ‘Bridge moved back into attack mode, the forwards and backs combining for centre Callum Murphy to plunge for the line.

Once again, they came looking to cause damage, centre Ciaran Mangan flying through a hole to put full-back Lawlor outside the last man back for 22-0 at the water break. 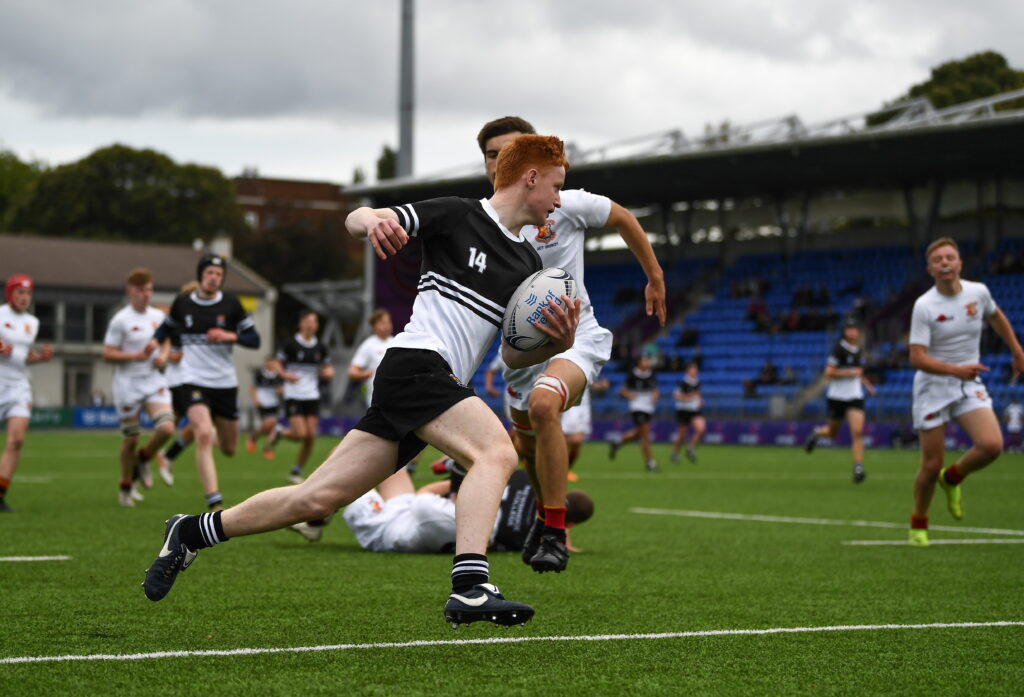 Pres threatened through the aggression of Sean Kenny and Alex Horan, earning a five-metre lineout. They could not hold the ball and had to rely on the quick thinking of Max Delahunty to control a kick ahead by Daniel Connolly.

Munnelly was denied a second try by a foot in touch. No matter, tight-head Billy Bohan snatched one when a Pres lineout malfunctioned close to home, Taylor converting from the standside touchline.

There were some nice touches from Delahunty and McDonald without the follow through to keep Newbridge at bay, full-back Lawlor latching onto a loose ball  for his second try, converted by Taylor to end the half.

Lawlor’s hat-trick was complete when the full-back took Dara Cosgrave’s pass around the outside of the defence, Taylor again adding two for 43-0 in the 32nd minute.

A driving tackle by captain James Healy was not enough to stop the bleeding as Dara Cosgrave, with a little help from Mangan, Lawlor and Taylor, posted a try, quickly added to by one from Taylor, the out-half converting both of them.

The best individual effort of the game was saved for Lawlor’s fourth, a mesmerising display of side-stepping for the 10th in total.

The Pres bench proivided the energy and commitment to keep Newbridge in check until James Redmond’s finish at the end.