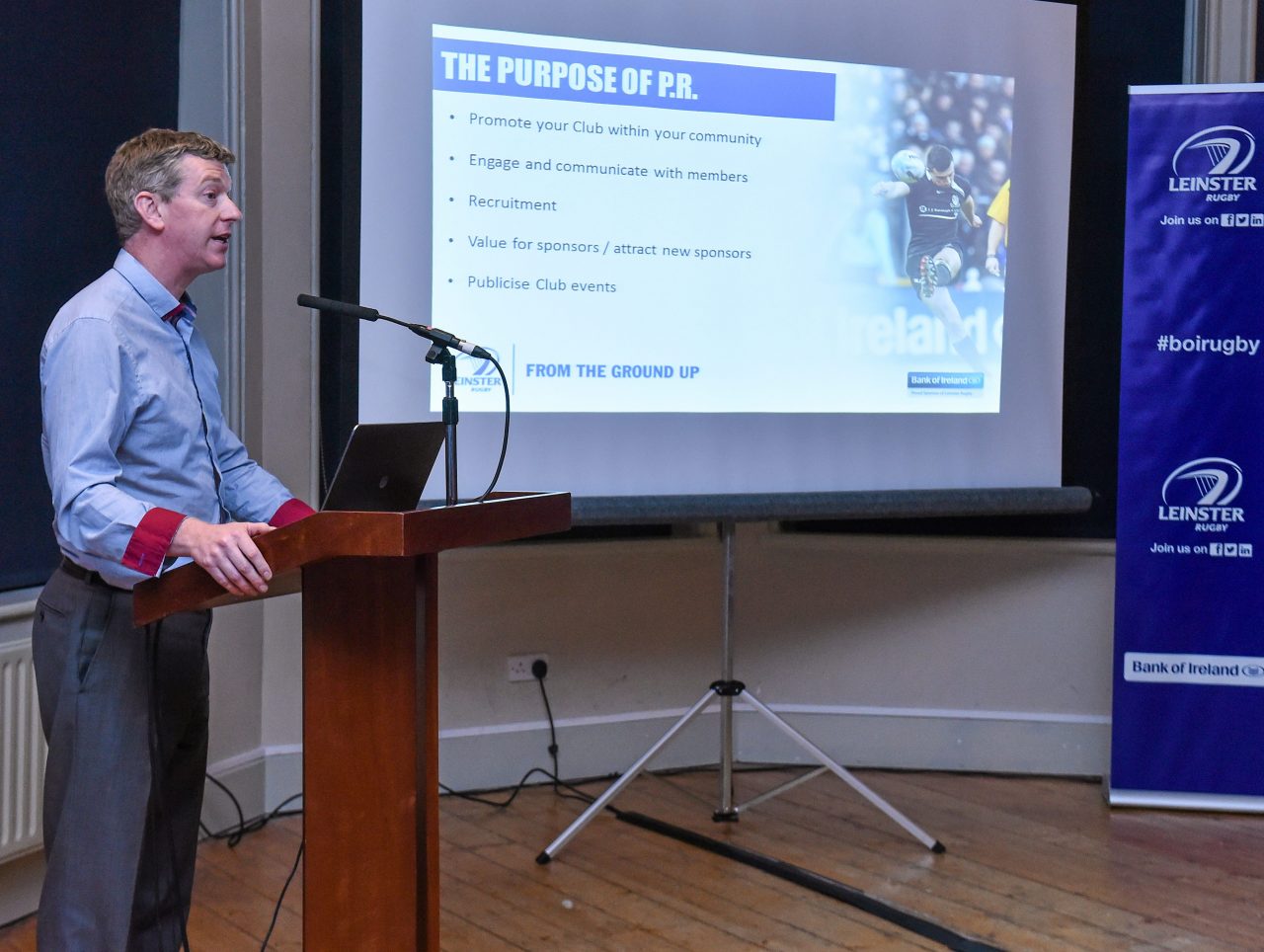 Clubs from around the province showed up in force to learn from experts such as Kieran McSweeney, Account Manager PSG Sponsorship. Laura Coates, News Editor from the Leinster Leader discussed how to approach local media and the dos and don’ts for News Editors.

Matt Browne from Sportsfile discussed imagery and gave some tips when using a smartphone. Barry Lambkin, PRO from Portarlington discussed the PRO structure within a rugby Club and showed participants how to link in with Leinster Rugby on PR.

Leinster Rugby will be running two more seminars based solely on Social Media and Marketing, one kicking off next week. The seminars are free of charge and are open to anyone in a Club or school volunteering in marketing, communications or social media.


All seminars will begin at 7pm in The Player’s Lounge in the RDS and will last approximately 1 hour 40 minutes.
The aim of the seminars
Social Media:


The seminar will be hosted by Elma Beirne, Domestic Marketing and a number of impressive guest speakers including Stephen McNamara, Director of Communications in IRFU, Gavin Coffey, Head of Client Services, New Slang and many more.

We would encourage anybody in a club involved in marketing, communications, social media and sponsorship to attend this one off free seminar.

To book your place now, contact jacintaorourke@gmail.com by stating your name, club and position within your club/ school.

Check out some of the best tweets from the Communications Seminar below:

All set for the #LeinsterSeminar. We apologise for the hashtags in advance! pic.twitter.com/yZMtfBFdVC

First communications seminar under way with @LeinsterBranch at the RDS. A new season begins! #LeinsterSeminar

Did anyone bring a selfie stick this time?? #LeinsterSeminar

Matt Browne, Save Irish Mammy from calling in! "That's not my Jimmy scoring that try" Accurate Team Sheets with full names! @LeinsterBranch

Our Communications Committee are soaking up the sage advice at the #LeinsterSeminar tonight! Great tips and speakers as always.

Really enjoyable seminar this evening! Thanks to @LeinsterBranch looking forward to the next on on the 1st October #LeinsterSeminars