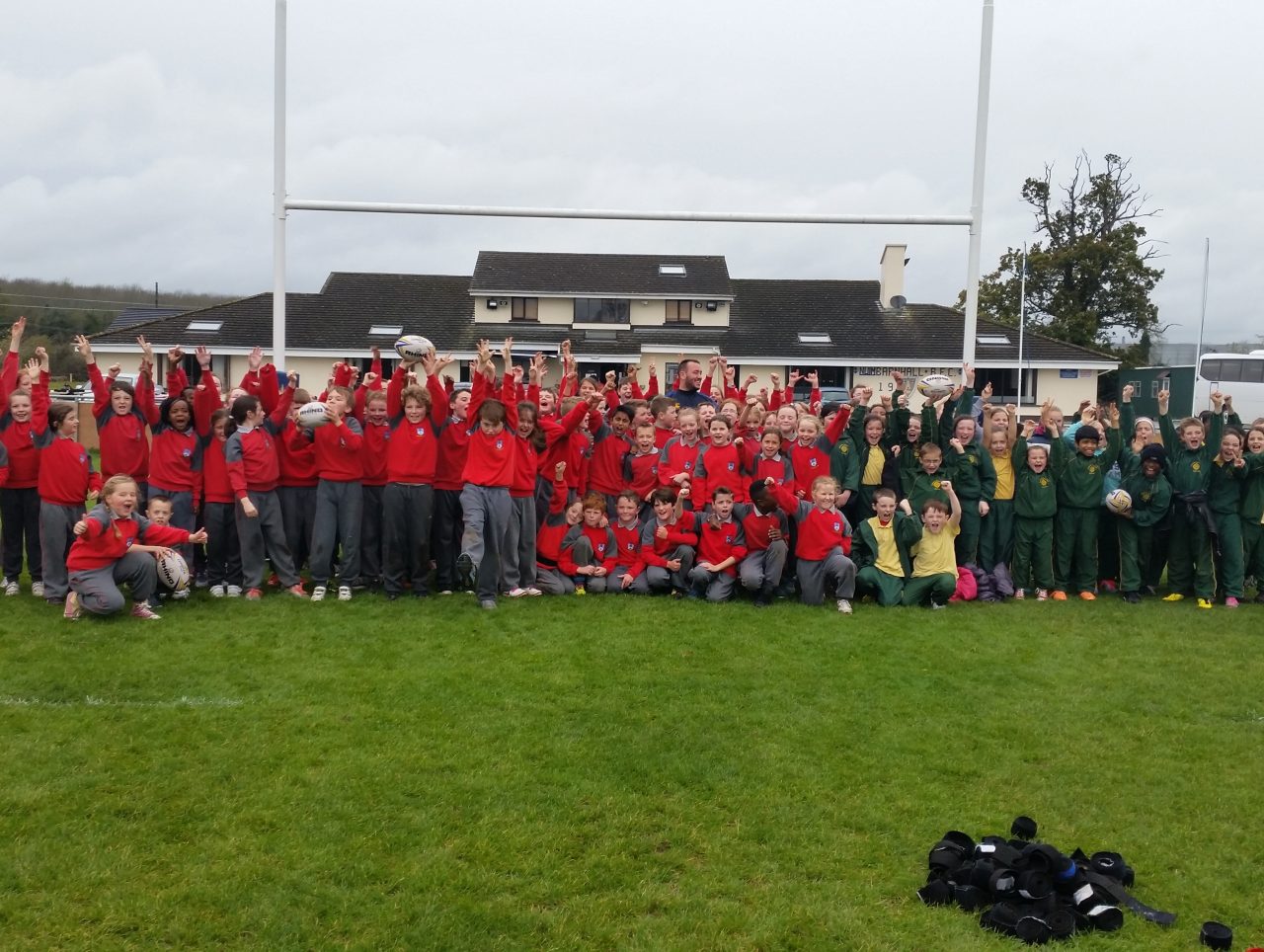 On Thursday 6th of November, 4th classes from St. Patricks NS, and Scoil Mochua, both from Celbridge took part in a tag rugby blitz in NUIM Barnhall RFC. Approximately 150 kids from both schools took part and enjoyed themselves on a windy day that looked like it was under threat from the elements.

Thankfully the rain stayed away and some great rugby was played with 15 teams all battling it out with no shortage of skill in evidence. As teams headed in for their break the students and teachers enjoyed the hospitality of NUIM Barnhall as much needed refuelling was done inside the club, the teachers in particular thankful of a hot drink.

After the break play resumed and all teams were back in the swing of things with no let up of skill or enjoyment. At the end of the day students were left with great memories and for many a new found interest in the game. The blitz was run by NUIM Barnhall CCRO Gareth Murray and he was helped out with Leinster Rugby staff that helped make it such a successful day.

For both schools this was a day not to be forgotten and both Rugby club and school can be sure of great days ahead together.  Any parents or kids, looking for information on playing and becoming a member of NUIM Barnhall can find all of our contact information below.

Training times for youths takes place at 7pm Mon-Wed and training for Minis up to under 12 takes place on Saturday morning at 10am in NUIM Barnhall rugby club.

Anyone Schools looking to learn more about rugby in the area of Celbridge/Leixlip/Lucan can contact Barnhall CCRO Gareth Murray on 085-7341464 or at BarnhallCCRO@leinsterrugby.ie. 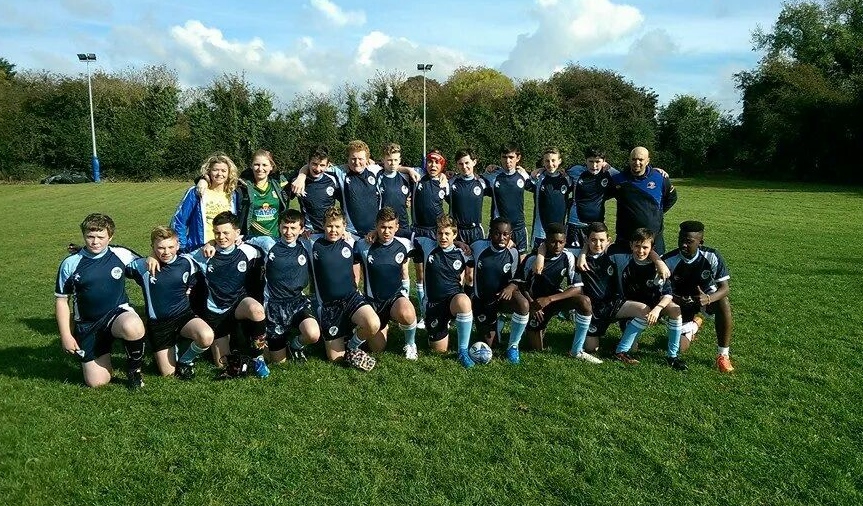 For the first time since the school was opened in 2010 Ardgillan Community College fielded at both levels, Senior and Junior, of the Leinster Branch development cups.

In the preceding three years the Club had participated at the senior level thanks to a group of enthusiastic students but now at junior level a team has been produced from 1st, 2nd and third year pupils who have had a rugby education since mini rugby at the local Balbriggan Club. They also benefitted from playing North Dublin Cup matches against other Fingal colleges in the past two seasons.

The colleges rugby co-ordinator, Miss Eimear Jenkinson said ‘This is going to be an exciting year for Ardgillen CC rugby. Although the school is relatively new we have grown our base yearly and can now field teams at both levels with talented and well coached players’.

Regrettably the team came up against a more established school in Athboy CS who supply many players to their local Club but also Navan RFC. However they acquitted themselves well and according to Balbriggan CCRO Paul Varga their future is bright as much of the team is eligible for a further two years.

Four teams competed in challenging conditions in their first visit to North Kildare on Wednesday 12th November.  The girls from Colaiste Ciaran in Leixlip, Kings Hospital School and Maynooth Post Primary School really took on the fun spirit of Rugby as they played three tag games each in pouring rain, donning mud on their faces as war paint.

The Blitz was organised following on from Leinster Rugby Programs being run by North Kildare RFC in local schools in a bid to get Girls Rugby started in the club.

Niall McCann North Kildare’s community development officer and coach of the new Under 15s and 18s girls rugby teams said “The girls were brilliant today the conditions were atrocious but yet the skills and attitude shown was excellent for girls who just picked up the sport 6 weeks ago, many play other sports which was nice to see them cross over where they implied skills from other games”.

We are looking forward to them joining the club and seeing them play and develop as players. Training in North Kildare will be Friday at 7.00 and if you are interested in finding out more about girls Rugby in North Kildare contact Niall McCann at northkildareccro@leinsterrugby.ie.