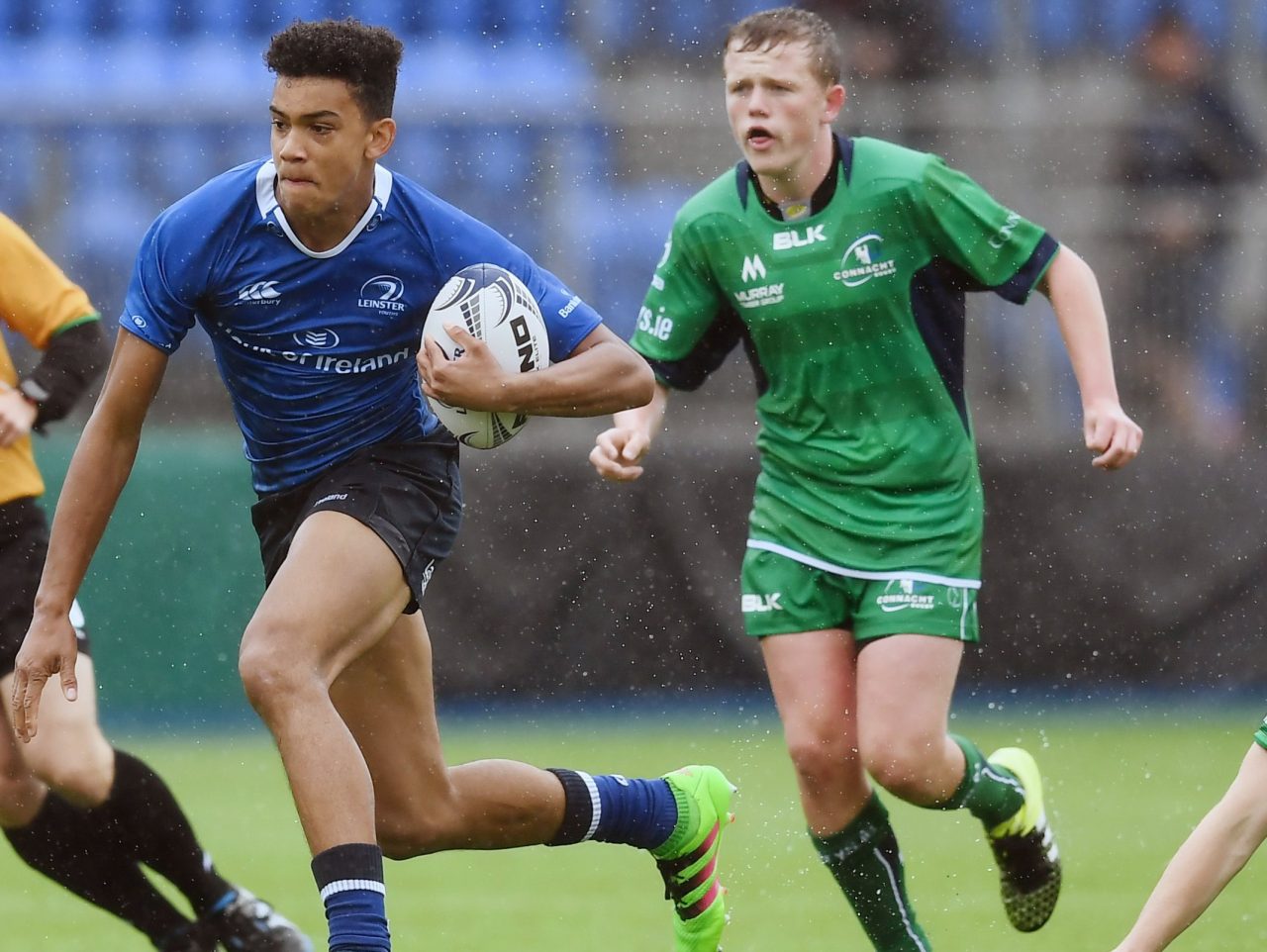 The Leinster U18 Clubs, sponsored by Bank of Ireland, were undone by Connacht three tries-to-two in the Inter-provincial Championship at Donnybrook on Saturday afternoon.

Connacht came to play, despite the conditions, and centre Craig McCormick gave them the early go-forward they were hunting for to enable lock Niall Murray to force his way over for Dylan Prendergast to make it 7-0 in the fourth minute.

Leinster were quick to move on from this early setback. They twice got into a dangerous position only for their set-piece to let them down.

Wings Daragh Kelly and Morgan Purcell were keen to get into the game and they got close to the line. 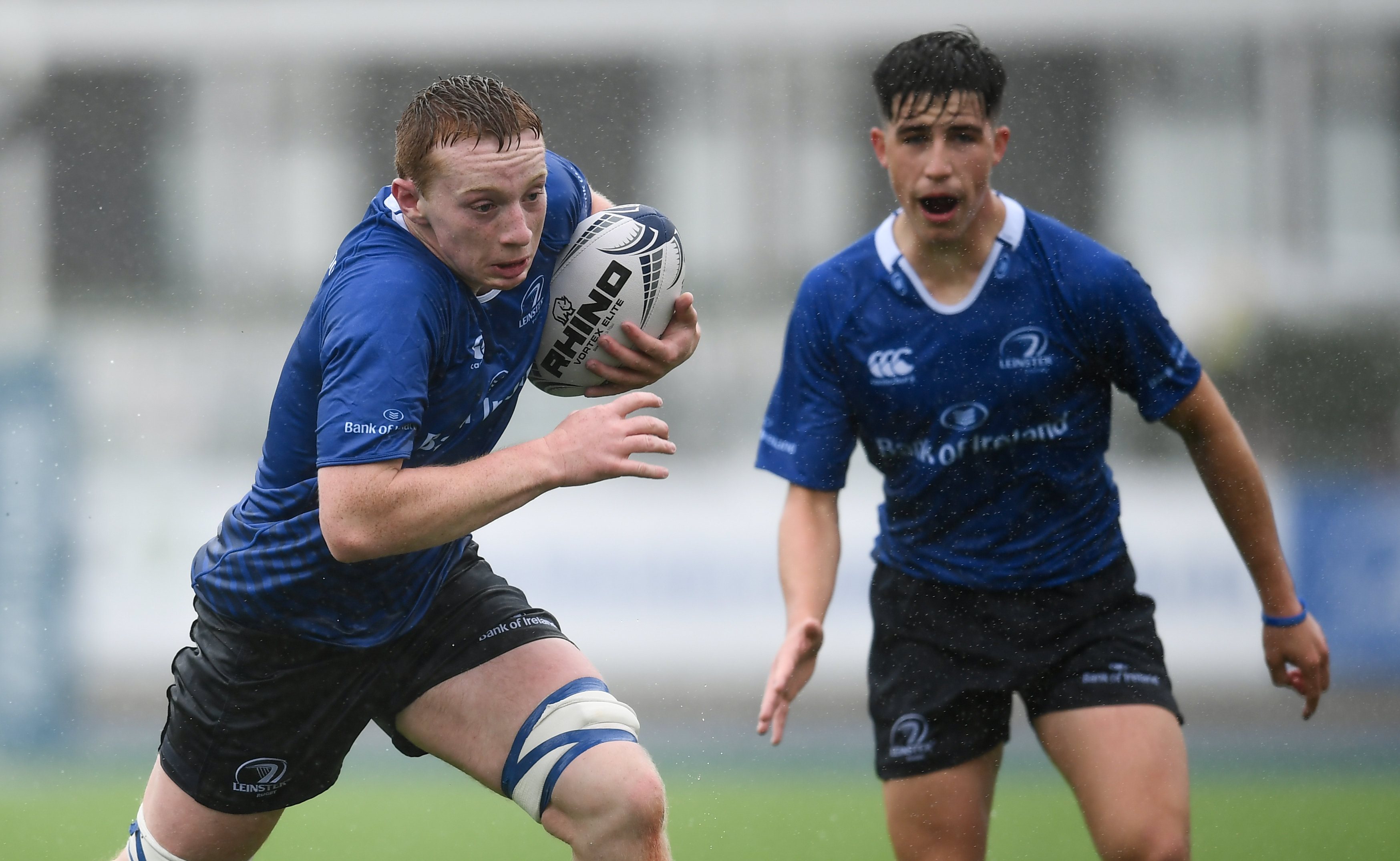 A scrum in the shadow of the sticks was used for number eight Martin Maloney to feed scrum-half Gareth Fitzgerald and his left-handed pass put Kelly outside the reach of the Connacht defence in the 13th minute.

The ambition of both sides was admirable as the wet conditions made handling and retaining balance a real challenge.

When Connacht got close enough, they turned to their big men to make it count and number eight Pat Howley’s low angle and leg drive took him to the line for 12-5 in the 18th minute.

The Westerners managed to apply pressure through the astute kicking of Prendergast and full-back Hugh Lane until the speed of Purcell prompted a lightening breakout with Kelly spilling the ball forward as the line beckoned. 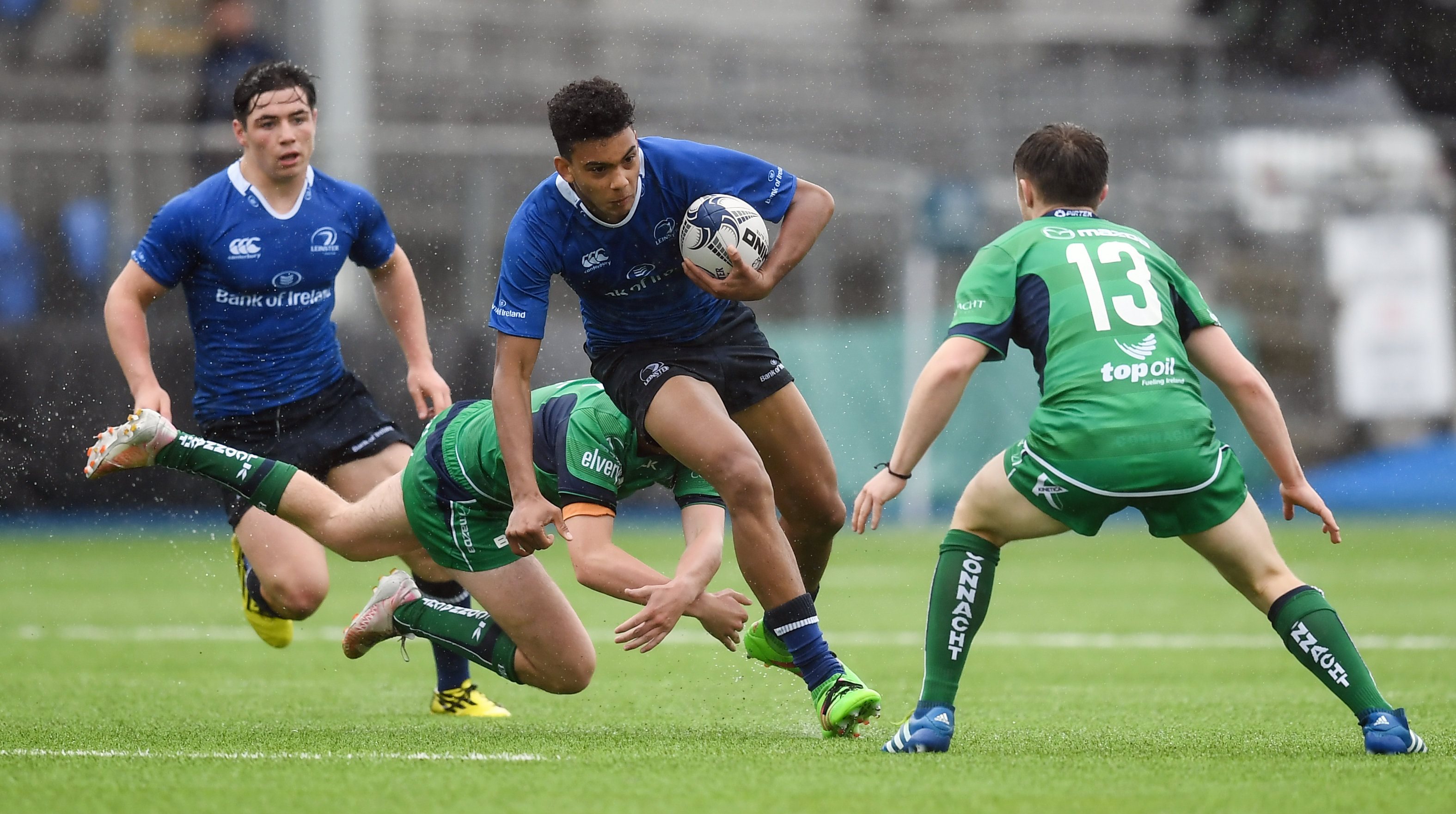 When Connacht trucked the ball away from danger, Martin Maloney pinched a penalty on the floor for prime position. The subsequent lineout malfunctioned and prop Conan Dunne lost the ball forward.

They had to settle for three points from centre Frankie O’Dea to narrow the difference to four at half-time.

The rain kept coming. And so did Leinster. Centre Cillian Redmond’s poke through caused havoc.

The evasiveness of Purcell, from deep, and Kelly, from in close, created the opening for full-back Cormac Timoney to go close before flanker Luke Thompson touched down over a cluster of bodies for 13-12 in the 43rd minute. 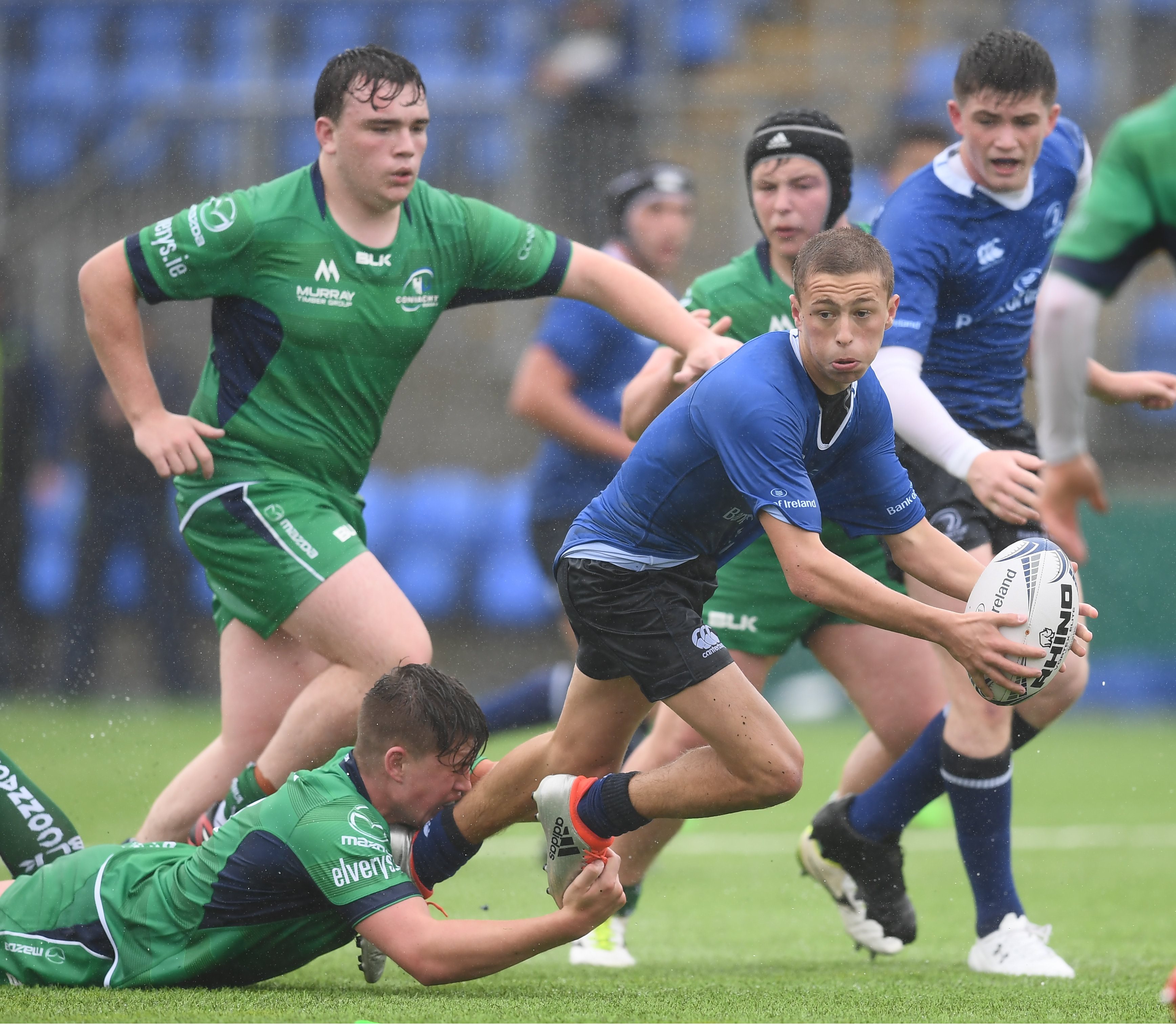 Straight away, Leinster were cautioned for hands in the ruck and Prendergast split the posts to recapture the lead.

Out-half Hugo Lennox twice outfoxed the cover to get in behind the first line of defence before O’Dea landed the lead from a penalty on the right in the 50th minute.
Connacht openside Dylan Tierney-Martin executed a blockdown and pick-up for pressure to force a penalty which Diarmuid Codyre smacked home.

Their centre McCormick was the next man up to cause a turnover and the concession of a penalty try for interference off the ball for Codyre’s conversion to make it 25-16 in the 54th minute. 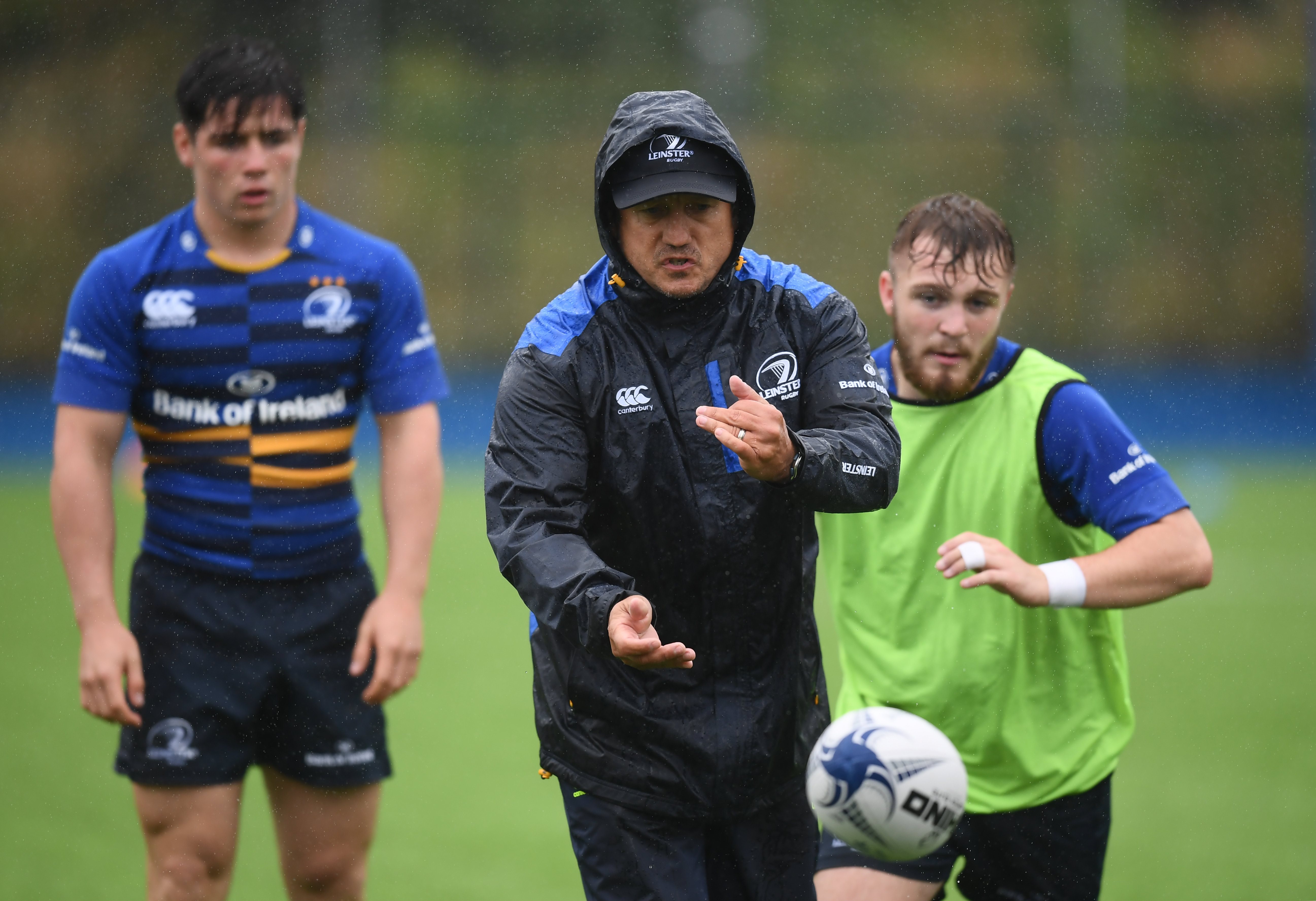 From there, it was a long way back given the constant drizzle.

Codyre seized on a loose ball and prop Ronan Corless turned over a penalty as Connacht ran out deserved winners.