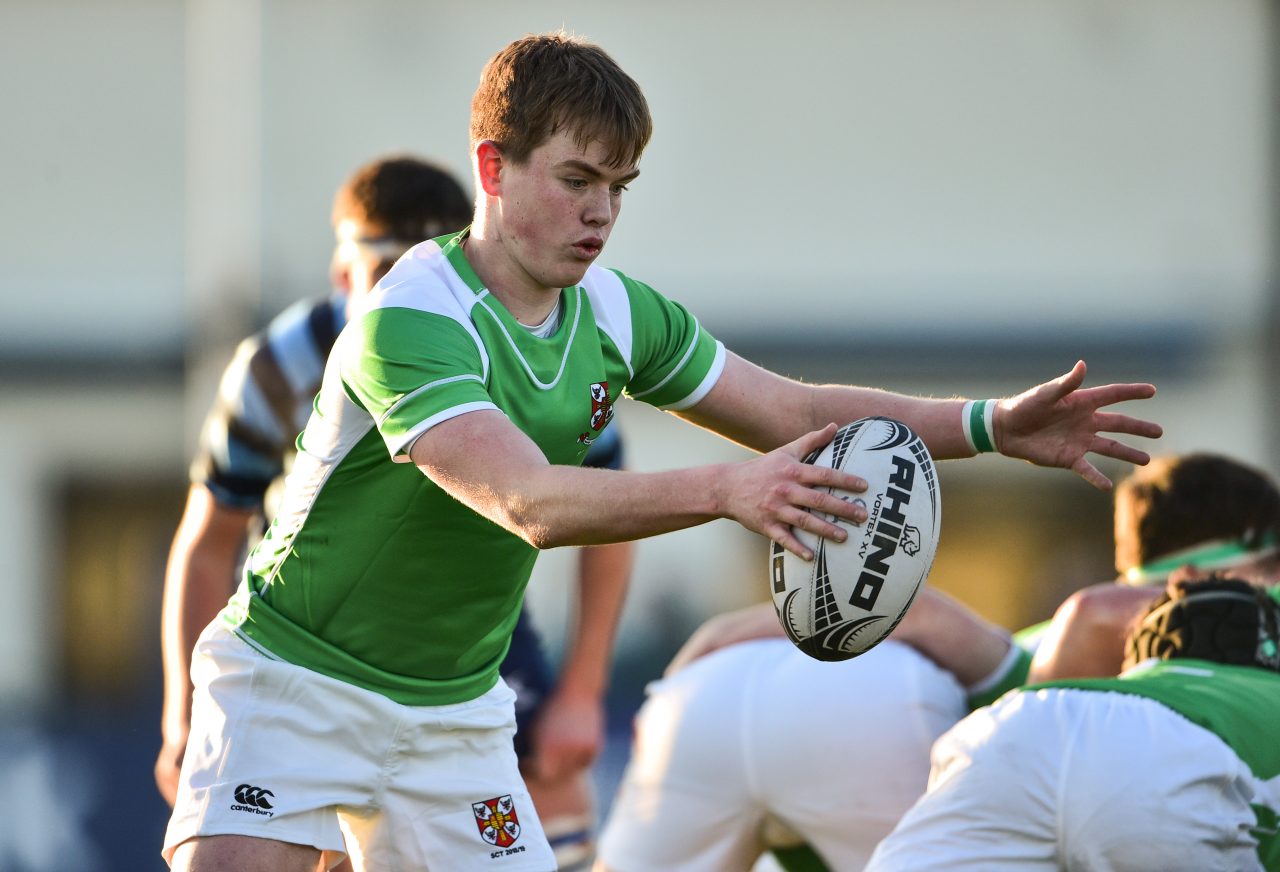 Gonzaga came out on top of an entertaining first-round Bank of Ireland Leinster Schools Senior Cup clash with Castleknock College thanks to the boot of Jack Connolly.

Castleknock made the contest a tight one throughout, however, thanks to a terrific breakaway try from Fionn Gibbons and a brace from skipper Paul McMenamin.

Scrum-half Connolly had raised the flags twice for ‘Zaga before that brilliant opener from Gibbons. The centre latched on to a lightning break up the right from Ben Culliton before powering for the whitewash.

After the Ranelagh school showed their own attacking teeth to force a yellow card for David Slupko, Connolly kicked his side back into a lead and 9-7 became a half-time lead of 16-7 as Godson forced his way over off the back of a maul.

The introduction of Ben Griffin off the bench made all the difference for Castleknock in the second half and the prop laid the groundwork for McMenamin’s first try before Adam Malone kicked Castleknock ahead.

‘Zaga’s pack ensured the momentum would turn once more and the back-line duly finished off thanks to their good work as wing O’hOisin ran in to make the score 21-17.

Captain Barry rounded off the scoring for ‘Zaga, but there was still time for one last rally from Castleknock and they fought their way back within a single score by the final whistle thanks to McMenamin’s second try.