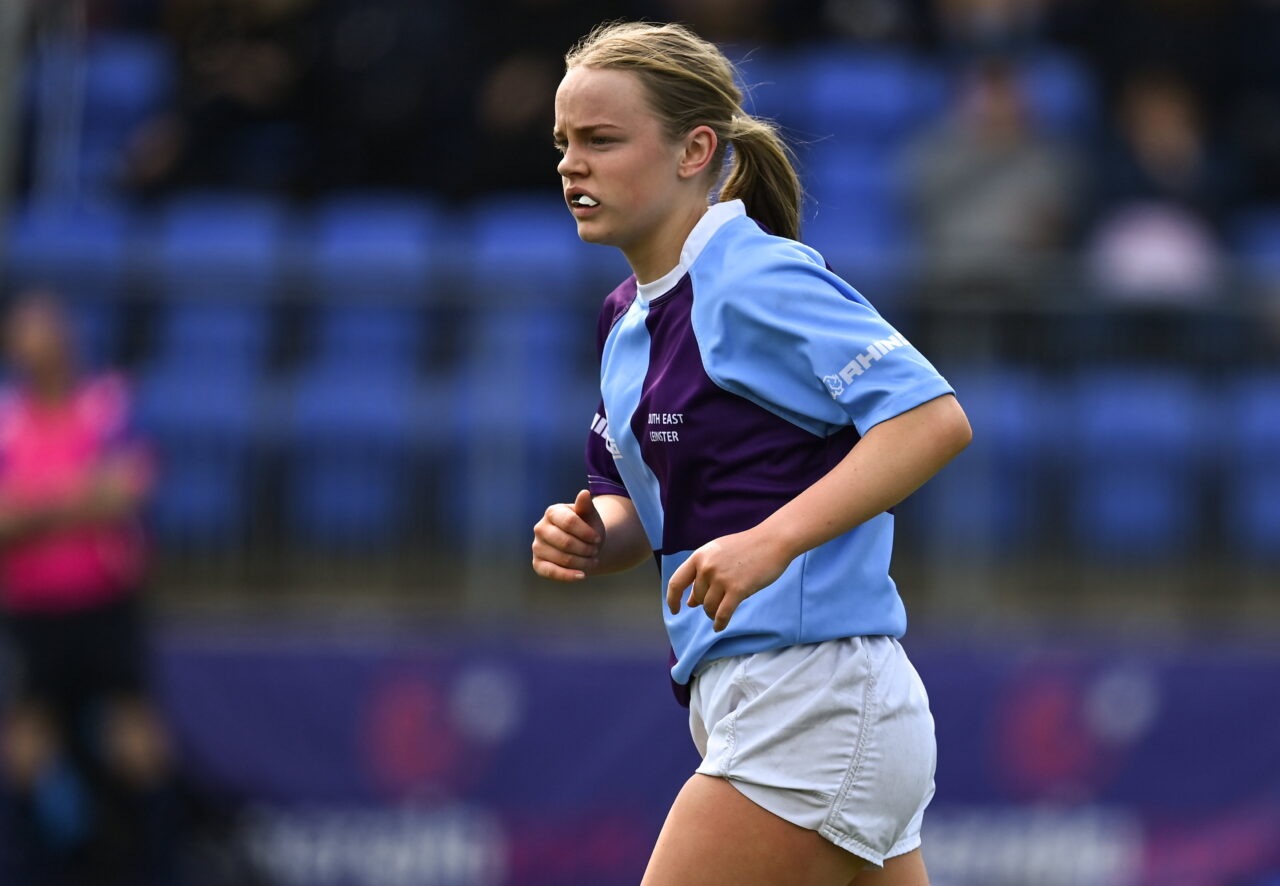 In 2009, Jennie Bagnall joined Leinster Rugby in the role of Women’s Development Officer.

At the time, she was the only staff member solely related to the girls’ game and was tasked with increasing the participation numbers and the profile of women’s rugby in Leinster ‘from the ground up’.

Back then, there were just seven adult teams and seven youth teams in the province, meagre numbers that would only increase through the work of those willing to roll up their sleeves.

The schoolgirls game has also increased dramatically with over 60 schools participating in the X7s secondary school full contact rugby tournaments. Over 800 first-year girls in the Metro region came to play at one single blitz event in Seapoint RC earlier this season.

The sustained impact of the various volunteers, from club committees to parents and coaches around the province has been the foundation on which the game has flourished.

Once the framework was put in place, the growth in rugby for girls was driven by a ‘can-do’ attitude taken on everywhere from Enniscorthy to Edenderry.

“The numbers on the ground are growing at a high rate. The quantity and quality of girls’ participation are constantly increasing. There are more clubs taking girls into their plans for the future, more events and programmes to improve skills, and more opportunities to simply play the game,” says Jennie, now the Lead Women’s Development Officer.

“Specifically, in the schools, there is a really nice pathway evolving. It begins with tag rugby being introduced in primary schools. 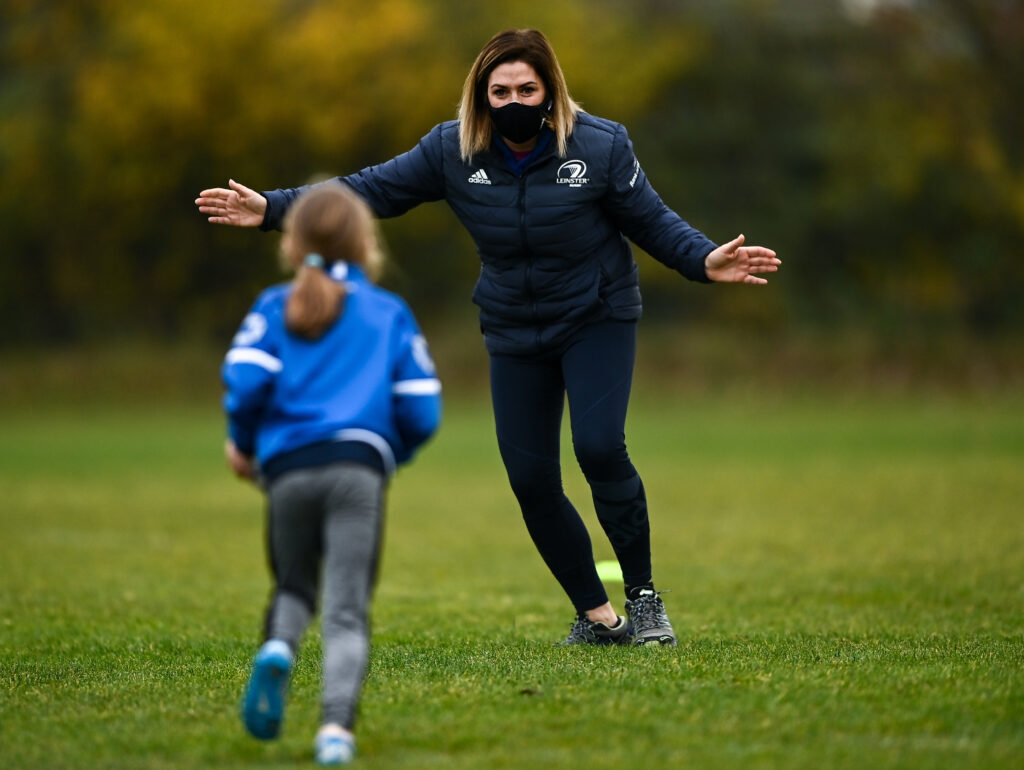 Then, we develop into a touch rugby form of the game going into the first year in secondary school, culminating in learning how to tackle through ‘Touch to Tackle’ events run by our community rugby staff, in order to teach the girls to play contact nice and safely by the end of the first year.

For Juniors and Seniors, they can play the ‘gateway’ game created by the IRFU of seven-a-side cross-pitch rugby. For more advanced Junior players and Seniors, there is the option of 10-a-side also in an inaugural girls competition administrated by the Leinster Schools Committee.

“This year, I feel we are starting to really join all the dots of the pathways, starting with learning the game at a much younger age with a huge surge in mini girls over the past three years.

“We are creating performance opportunities and player development programmes to develop the girls who have the potential to be involved in the higher-level regional competitions, like the new Sarah Robinson Cup.

“This is a platform for the girls to develop to the provincial standard and through into ‘green jersey’ level,” Jennie says.

“Over half of the squad selected last month to participate in the new U-18 Six Nations in Scotland were players developed in Leinster’s clubs and schools which shows us that what we are doing is working.

“Yes, things are not perfect. We badly need more female-specific staff on the ground to continue to support this level of growth. We need more female coaches, referees and volunteers to get involved.

“We definitely need a better way of promoting the developments and opportunities for girls publicly,” she says.

“These are all on the agenda and we’re constantly making progress in the right direction. International Women’s week was key to this progress. The U-18s refereeing programme and Female-Only Coaching Courses were just two of the new initiatives that we will be embedding into our pathways for the 2022/23 season, and beyond.”

The absence of a traditional mindset allows those in charge to structure the game the way they see fit.

Last month, the Leinster Clubs U-14, U-16 and U-18 finals took place in a celebration of the growth of the game and an advertisement for the high-quality rugby being produced.

“I have been involved in girls rugby for the last five years,” issues Gary Brickell, the U-14 competition co-ordinator. 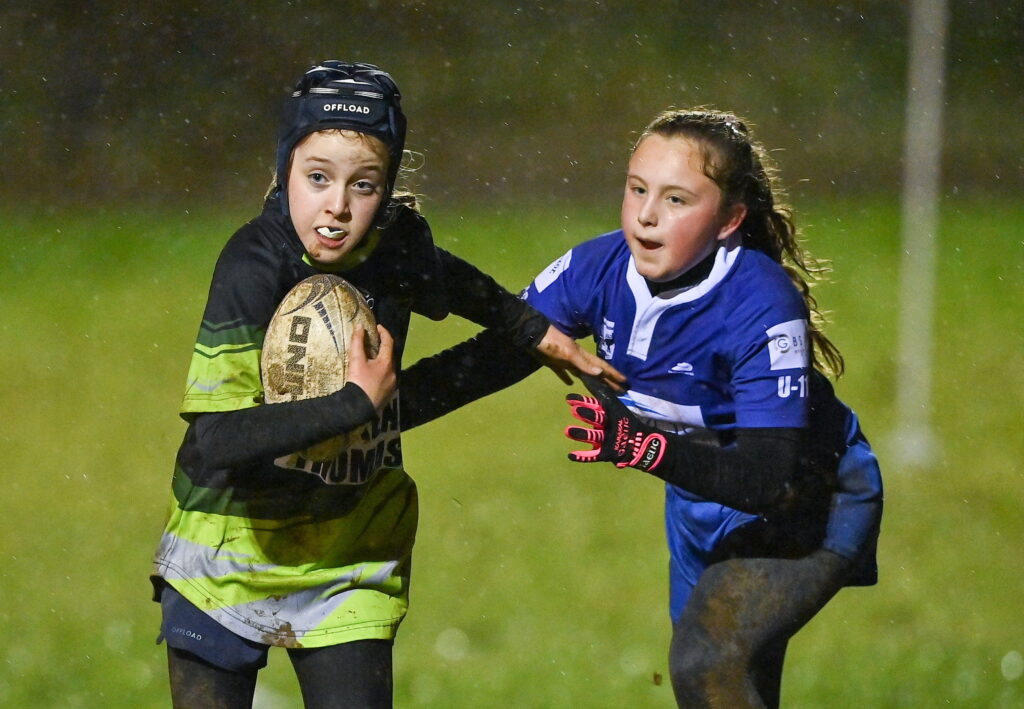 It was a thrilling climax to the season for both age categories in which the numbers participating are climbing year-on-year.

At U-16, the structure of the leagues was very effective with two similar groups of eight playing seven games. The top four advanced from each group into a Premier Division and the bottom four dropped into Division 1.

Then, teams in these divisions played four more games against new opposition and the points from relevant games already played were carried forward.

This approach has worked out as a great solution to the uncertainty every year around where each team stands.

Division 2 was made up of teams who were more developmental in standard, so they played a stand-alone 11-team league.

It is conservatively estimated that at least 430 girls played across the three divisions, based on an average of 18 players from the 24 teams, albeit some squads were considerably larger.

At U-14, there were 110 games scheduled in the various divisions with only 15 concessions, resulting in over 86 per cent of games played.

There were 29 teams, containing 500 girls, playing rugby at this level. The decision was made to play the Leinster cup and area matches before Christmas which worked out well.

There is also a suggestion for each area to hold girls blitzes for the start of next season, followed by the cups in order to better grade the leagues to make them as competitive as possible. 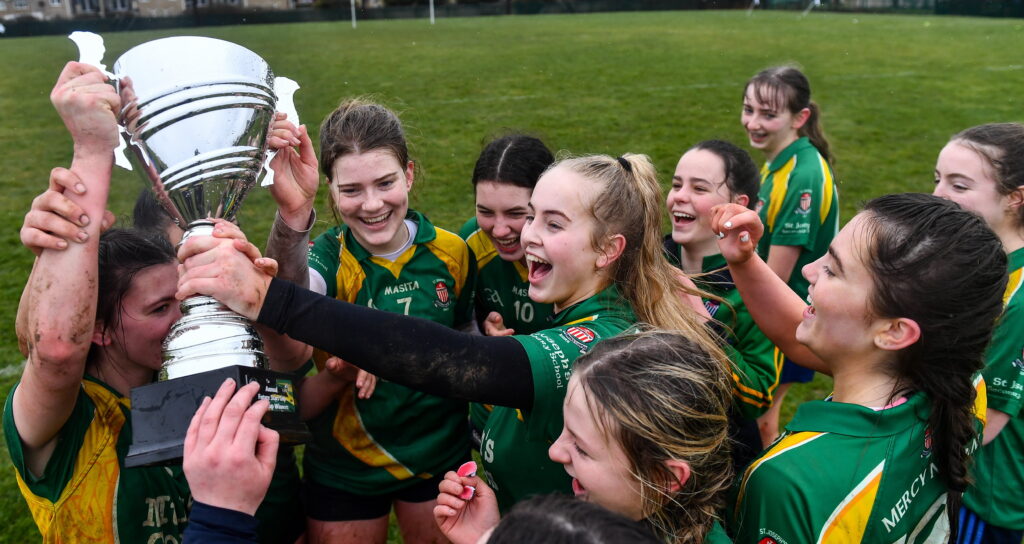 The Division 3, Division 2, Division 1 and Premier finals were run off in quarter-hour intervals at Athy’s home grounds.

The U-18 competition was compromised by the late announcement of the U-18 Girls Six Nations Festival in Scotland which scooped up the cream of Ireland talent at the grade.

The impact of the Ireland training camps and the presence of the interprovincial sevens at Easter meant a restricted playing schedule, ending with Wicklow overcoming Port Dara in the Premier League final.

“I know from talking to coaches around the province that girls come to rugby from gaelic football, from basketball and soccer.”

From there, for instance, the Sarah Robinson Cup provides a platform for the girls to push for Leinster representation whether at Sevens or XVs. That leaves them one more step away from the international level, once again at Sevens or XVs.

“Four years ago, in Kilkenny, all we had to show was our U-14 girls. That was the full extent of our participation.

“Now, we have U-14s, U-16s and U-18s as well as getting our women’s team going again. In fact, they managed to win the Leinster League Division 5 final recently, the first silverware won by women in Kilkenny.”

It is just one example of how girls’ rugby is thriving from the ground up.