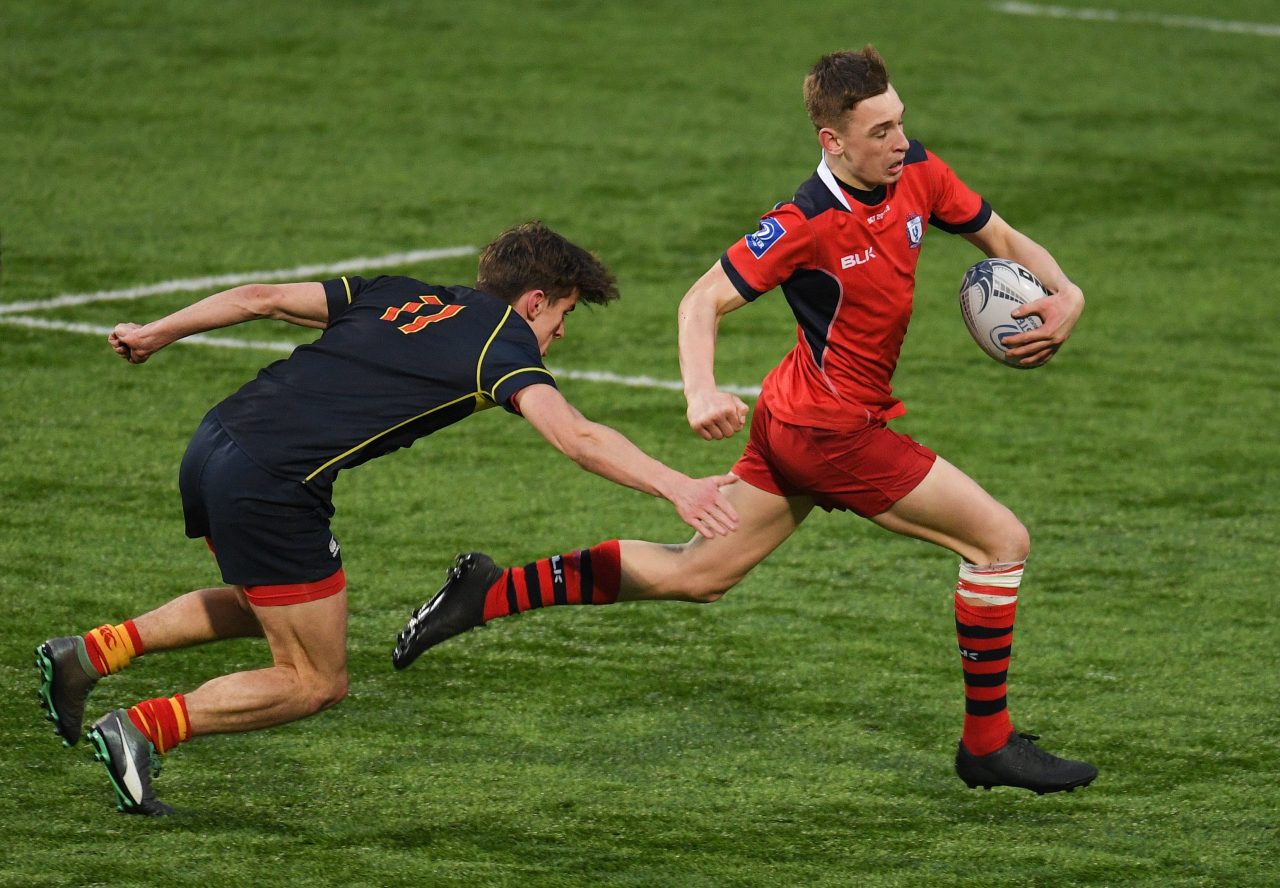 It must be stated how Temple Carrig, a school in its’ infancy, does not actually have a sixth year yet and how all of their players, a mix between fourth and fifth years, will be back next season.

The early exchanges were dominated by commitment to contact and the willingness to move the ball into space.

CUS centre Aonghus Brady was prominent whether moving in to tackle or breaking out of defence.

This was countered by Temple’s organized defence, flanker John O’Connor poaching a beauty of a turnover when CUS were on the verge of a breakthrough.

Then, Eoghan Brady shot through a hole to require a textbook tackle from full-back Matthew Ratcliffe-Hudson.

It looked like it would stay scoreless to the break until centre Brady battled through contact for the opening try, converted by David O’Halloran on the half-hour.

It evolved into double trouble for Temple when full-back Vinny Flynn showed a clean pair of heels to all chasers, O’Halloran converting for 14-0 on half-time.

It was a temporary solution as replacement David McCormack scored with his first touch of the ball for 19-0 in the 46th minute.

It prompted a piece of balanced running from Temple centre Cian Hingerty that came to nothing.

This did not act as a deterrent, centre Fionn Brauner bursting clear up the left for the quick recycle to put number eight Patrick Kiernan away for a try, converted by Thade Shanahan.

However, CUS had the answer, scrum-half Zach Ryan haring away and openside Barry Mangan getting up in support for a superb try before O’Halloran slotted two late penalties to seal it.