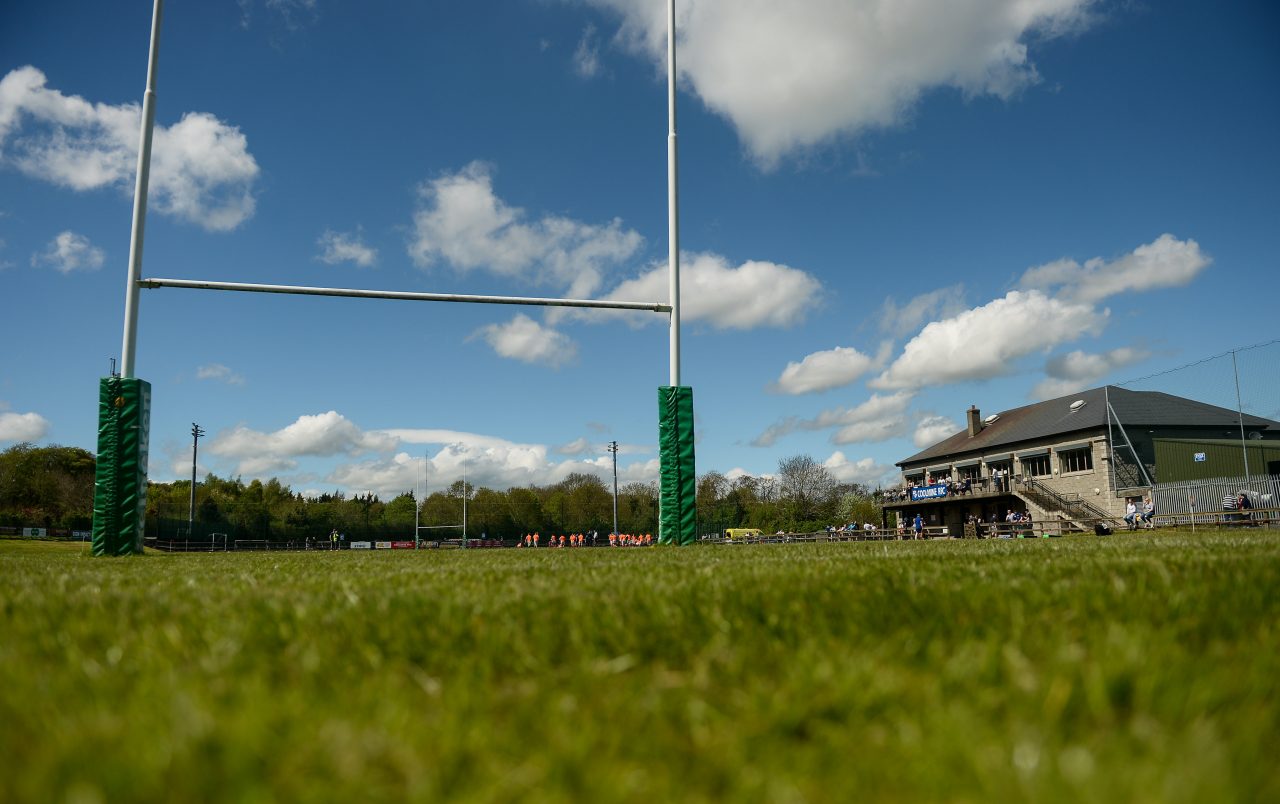 Eugene Cadogan has been around. The man from Clonmel has played for Highfield, Cill Dara and even one match for Manhattan Rugby Club in New York back in the day.

The ex-schoolteacher brought rugby to Coolmine Community School in 1975 and coached players through the school and out into the real world where Cadogan had to find a home for those with a love of the game.

“Dr Bill Linehan and myself founded Coolmine rugby club on November 26, 1980. There were four or five adults there and those schoolboys from Coolmine. That was about it,” he said.

Things were different back then. A quick phone call was all it took for Ireland captain Ciaran Fitzgerald to attend the launch as the guest of honour for a club with no fixed abode.

“We were playing on the site of a county council pitch, what is now the Dunnes Stores in the Blanchardstown Town Centre,” shared Cadogan.

“This current site of eight acres, Ashbrook, was bought for £35,000 in 1985. Back then, there wasn’t a shilling in the country with dire unemployment and emigration. The day I bought it, I didn’t have a penny in my pocket or even clearance from the bank.

“We sold life memberships for £500 each at the time and, before I went to sleep that night, after a committee meeting, I had 36 people and £18,000 pledged and they all came through. That was just the beginning of draining and levelling two-and-a-half hilly fields.”

The fundraising events were diverse and many, even latching on to the profile of Barry McGuigan, the world featherweight champion.

“It was the night Ireland played Wales and Barry was fighting Danilo Cabrera in the RDS in 1986,” he said.

Cadogan really needed to see something special from ‘The Clones Cyclone’ as the Irish were beaten 19-12 earlier in the afternoon, collapsing after a solid start to a decisive try from that huge man Phil Davies.

“To be honest, I was pirating the signal and there was a giant screen up on the stage here. We had a massive crowd in that night, I mean massive. Of course, McGuigan won and the fight went the distance. If he had a quick knockout or he was beaten, it would have been bad for the bar. The crowd stayed on that night.”

Cadogan is a lifelong fan of Irish rugby, even holding fast to quite the claim.

“I’ve seen three Ireland teams beat the All Blacks in my time. I was there in 1978 for the Munster game, in Chicago in 2016 and Lansdowne Road in 2018. There’s not many that can say that and I have the tickets to prove it too,” he said.

He also has a way with words and President Mary Robinson accepted the invitation to open the Coolmine clubhouse in 1992.

“Oh, sure she was only living across the road,” he laughed.

The high profile coaches have come through too, Bernard Jackman, Ulster legend Willie Anderson and Shaun Beirne all doing what they could to leave the club in a better place.

However, the drop down the Leinster Junior League from 1A to 2A led them to the realisation that they had to impove from within and reach out to the wider community.

Now, they are on the rise and keen to keep moving up in this world, standing second behind Mullingar with hopes of forcing a promotion play-off.

Motivation is there when you are moving in the right direction: “It is a cycle for most clubs, most teams. We’ve been much more professional in the last two or three years. There is a minis section of close to 400 here and an effort to take rugby to the schools in the area, like Hartstown, Coolmine, St Declan’s Cabra, Castleknock Community College.”

Thirty-six year old veteran Oliver Prunty, a former captain, has moved from the back row into the second row as the years have taken the speed from his legs.

“Yeah, I’ve got a bit slower. The body is not responding like it used to,” he smiled.

“We weren’t always where we are now. It wasn’t that long ago we were flying in 1A. Brian Moran and Ger O’Rourke were ex-Leinster Senior Cup winners with Belvedere and we were attracting those type of players.

“We won the Metro plate, won the Spencer Cup and got to a Metro semi-final, competed in the All-Ireland Junior Cup. That was the highest point.

“After that, the club began to taper and slowly slip into decline, dropping from 1A down to where we are now in 2A.”

A changing of the guard took place with the retirement of club stalwarts O’Rourke, Eddie Melvin, Al Cousins, all captains. There was also no Under-20s team pushing players up through the club for a few years.

A commitment was made to rebuild the coaching roster and the Under-20s structure.

“Really, you need four or five players every year pushing up through the club from the Under-20s. That is why we have concentrated on them for the last two or three years, bringing in former Leinster hooker Brian Blaney.

“There is a professional coaching structure from the Under-18s where there is Colin Caffrey the CCRO from Leinster to the Under-20s and into the first team where you have Dermot Dunne and backs coach Mike Walls.

“We had to take a step back and really recruit. The new head coach Dermot has been pro-active.

“Geographically, we are in such a good area. It is really about getting the network out, trying to pull lads in from west Dublin. This should be their club.

“Greg Culhane, the captain, has been here since minis, came through the system, and he is a driving force behind where we want to be as a club.

“We have a huge hand in producing players for the Castleknock and Belvedere Senior Cup players. We want those players to see Coolmine as their rugby home, to come back home.

“We have to make sure we are where they need us to be.”

This article first appeared in the Official Matchday Programme for Leinster Rugby’s Guinness PRO14 clash against Toyota Cheetahs at the RDS Arena on Saturday, February 15.