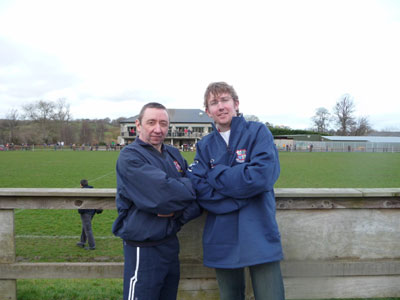 But the generation gap also applies to the Dublin 15 sides referee panel. Father and Son duo Ray and Alan Mooney have been laying down the law at Coolmine for several years now.

Both associate refs, Ray (54) has been refereeing for 12 years and through his long number of years with the club he has served as Vice President, Youth co-ordinator and metro President. He also helps out on the coaching side looking after the Under-10’s with who his other son Ian plays.

Ray’s son Alan (27) took up refereeing about four years ago after retiring playing due to a knee injury. He began playing at Under-9 level up to his early 20’s. He is also involved in the coaching side looking after Coolmine’s Under-15 side.