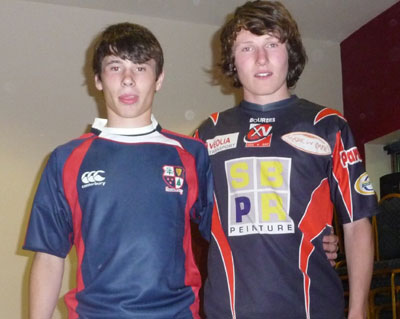 The 27-strong touring party were here in Ireland for a quick three day visit and stayed in Dublin city centre and enjoyed all the sights including a tour of the Aviva Stadium.

The city of Bourges is located in the centre of the country and is sometimes referred to being in the heart of France. The club has large minis and youth’s section and their senior side play in Division 5 of the national league.

This was their only game of the trip and the first half turned out to be a very tight affair with neither side scoring any points going into the break. However after the restart the scoreboard started to tick over with Coolmine coming out the eventual winners 27-10.

The BBQ was up and running before the final whistle and with both sides fed and watered they retired to the clubhouse for presentations etc. Bourges presented Coolmine with some fine wine from their region which was much appreciated and extended an open invitation for a return visit.