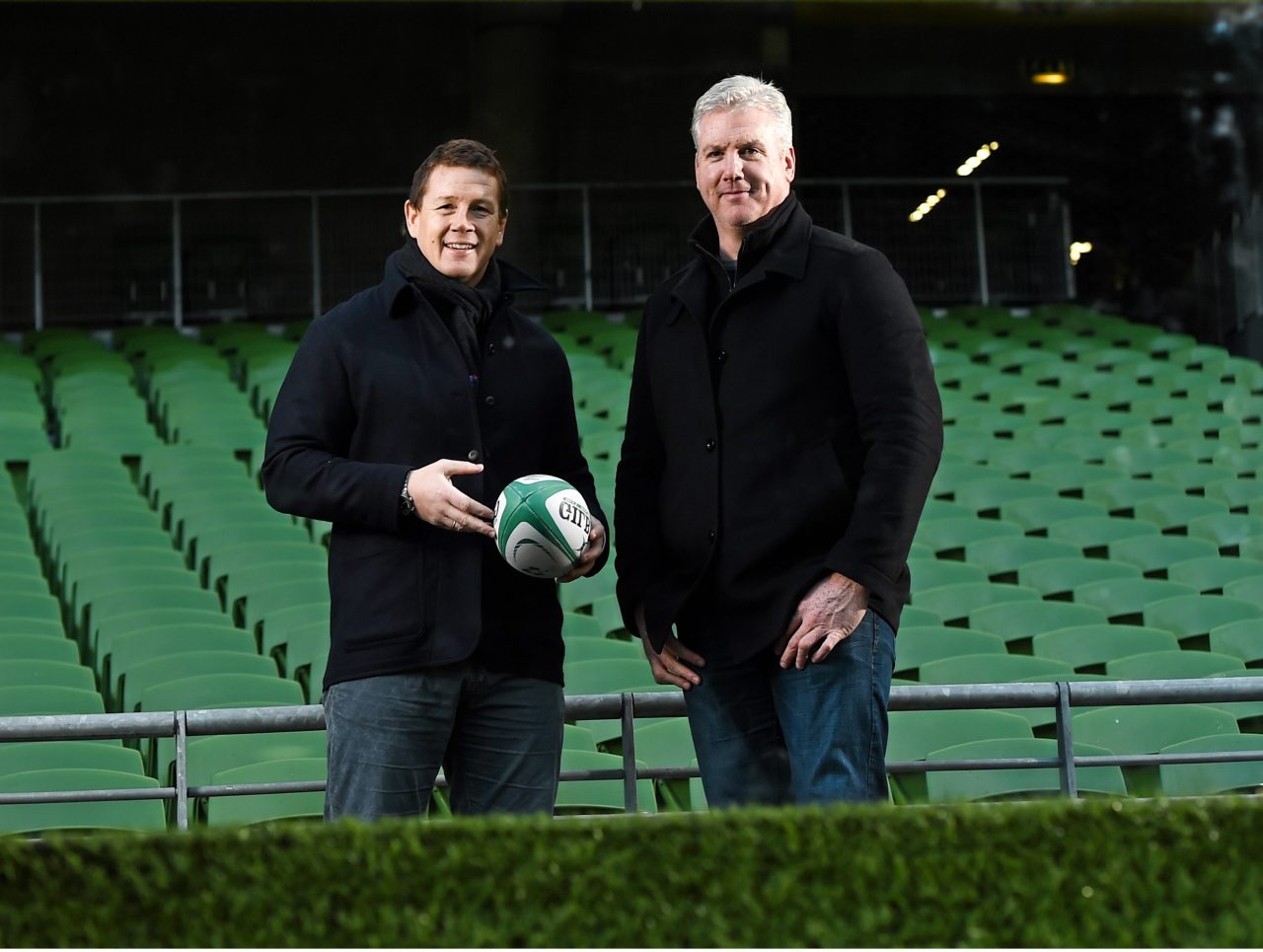 At this Saturday’s match in Aviva Stadium Leinster Rugby will celebrate the first team to represent the province in European competition.

The players that featured for Leinster in the province’s first ever Heineken Cup match against Milan in Stadio Comunale Giuriati will be presented to the crowd at half-time to acknowledge 20th anniversary of that first game in European competition.

The team that travelled to face Milan on 1st November 1995 featured Leinster defence coach Kurt McQuilkin playing at inside centre. Harlequins director of rugby Conor O’Shea started at full-back for the province.

Chris Pim captained the team from a back row that also included Dean Oswald and Victor Costello.

Looking back on that first European campaign, Costello remembers the excitement of entering the unknown with a team that was taking its first steps into the realm of professional rugby.

“It was exciting times. Nobody knew where this journey was going,” Costello recalls.

“The game was turning professional and we didn’t really know where we were going to go, but we were pitching ourselves against other teams in Europe, on the road.” 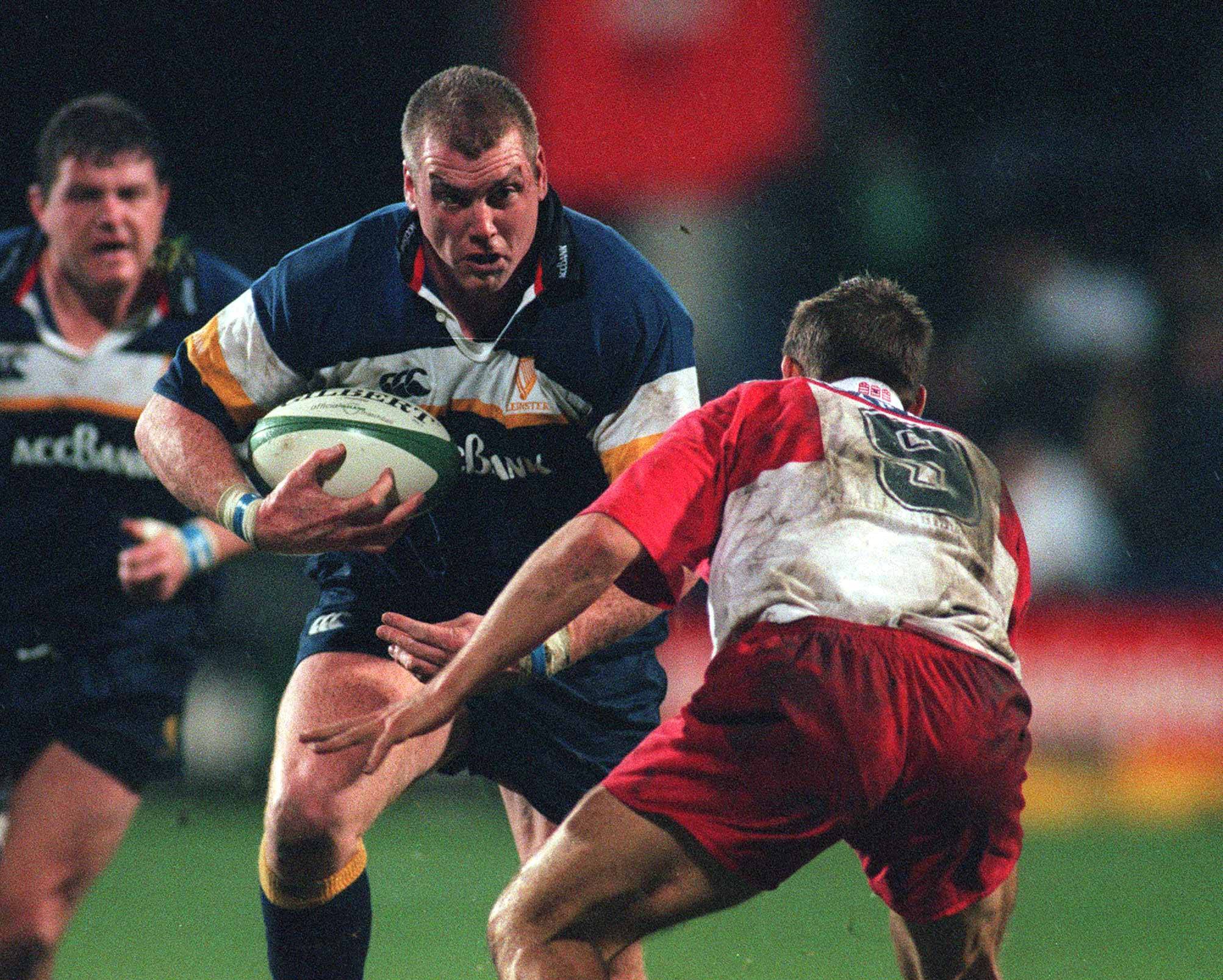 In 1995 the backroom staff working with the team was nothing compared to the number currently involved each day in Leinster’s UCD base, which meant in 1995 it was just the team. Because of this the squad was “very close” according to Costello, as they just had each other to rely on.

Paul Wallace joined Leinster from Munster and entered that close-knit team environment with a mix of experience and exciting young talent coming up through the club ranks.

“It was a good fit in those amateur days to move to Leinster,” Wallace says of the interprovincial swap.

“Once you got in there with some great, experienced players, the likes of Franno (Neil Francis) and Vinnie Cunningham. Then there was a great younger bunch of players coming through, the likes of Shane Byrne, Victor (Costello), Mal (O’Kelly) got his first cap, Dean Oswald was one of the outstanding players with us in Blackrock. We had a very gifted back line as well with the likes of Niall Woods who scored the winning try in Milan.” 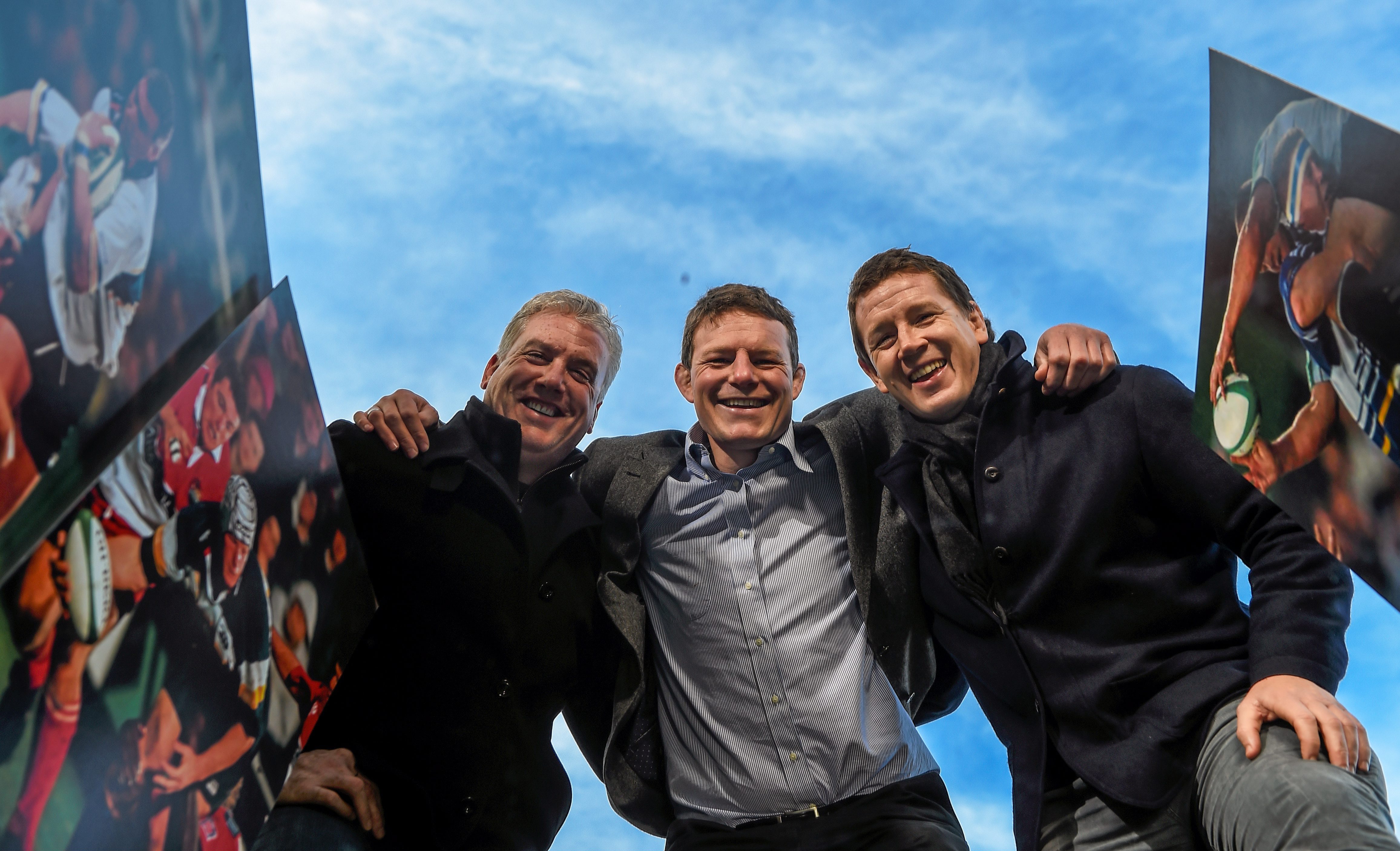 After the 24-20 win over Milan came a home pool game in Lansdowne Road against Pontypridd. In another tight contest Leinster came out on top to advance to the semi-final stage.

For the inaugural Heineken Cup in 1995, 12 teams competed in four pools of three, with each pool winner advancing to the semi-final stage. Leinster were second seeds, drawing Cardiff at home.

Unfortunately, Leinster’s shot at claiming the first ever Heineken Cup was undone by a defeat to Cardiff in Lansdowne Road. The Welsh side went on to face Toulouse in the final at Arms Park. In a game that went to extra time, the French side claimed the first of their four European titles.

Wallace isn’t certain whether Leinster would have defeated Toulouse had the team advanced to the final, but he does acknowledge that the eventual champions were further down the road of professionalism at the time.

By comparison, the Cardiff game was the first time Leinster had used video analysis to prepare for a match.

“I think Toulouse were way ahead of us at that stage, but we’ll never know,” Wallace says when asked whether Leinster could have won the final had they beaten Cardiff.

“Against Cardiff, the first time we ever did video analysis was before that game. They were a good side, Cardiff, back then as well. A very experienced side – most of the Welsh side in there. It was a good game, though with home advantage it was one of those games that we would’ve hoped to have won, which would’ve been a huge achievement to get to the final.” 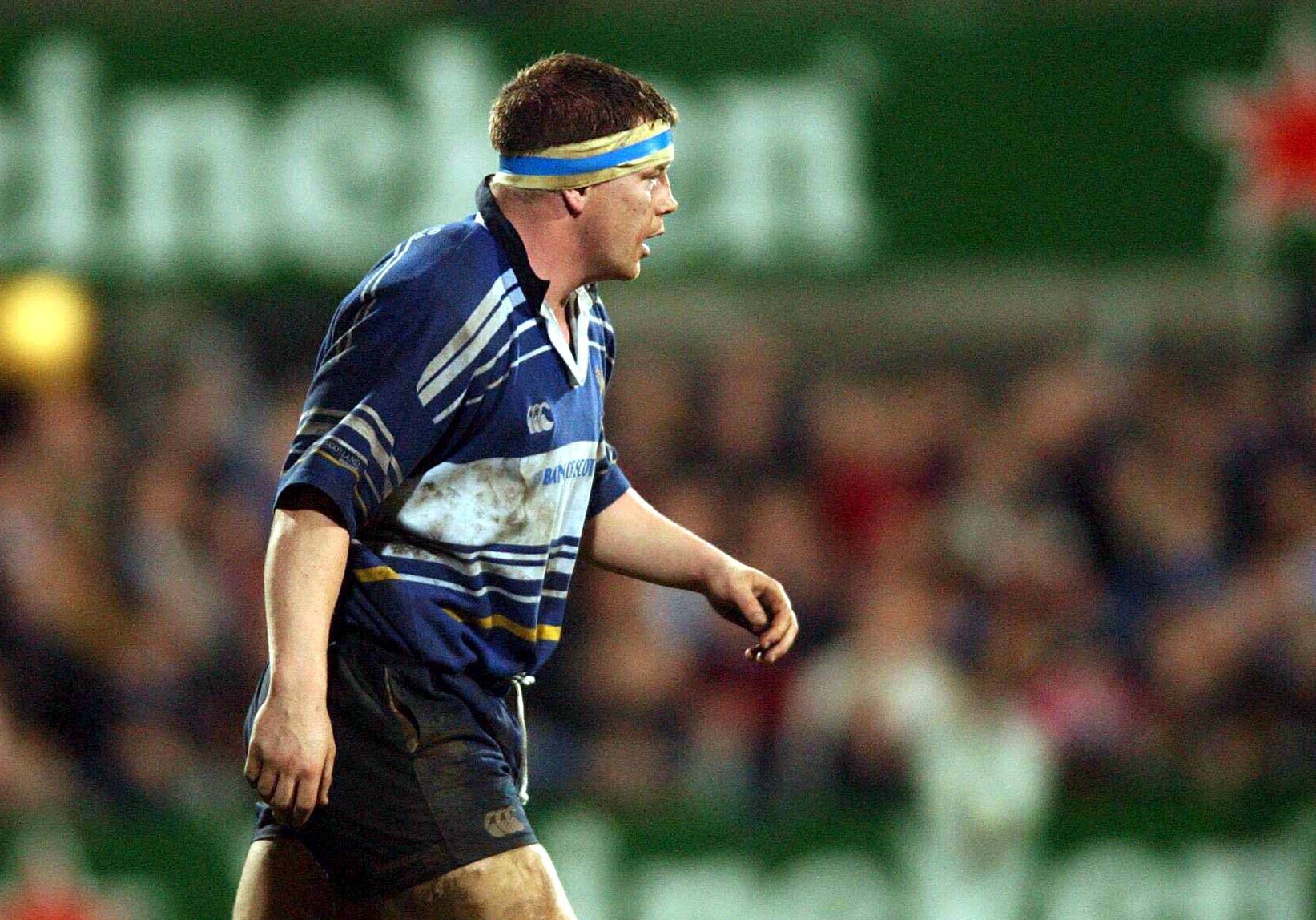 Costello remembers the feeling of getting to a semi-final in that first season of European rugby, and the expectation that Leinster would hit those heights in the competition year after year. Of course, Leinster would have to wait until 2009 for that first European crown, but Costello still looks back on those changing times with great fondness.

“You think it’s going to last forever and that you’re going to be in a semi-final every year and then a couple of seasons later you’re battling to get out of your group. But it was a great team, great memories. Naïve amateurism, but building towards professionalism. But the structures were there. We were lucky as a nation that the structures were there with the provinces straightaway. I mean amateur turned to professional in the blink of an eye but we fell into it like a duck to water.” 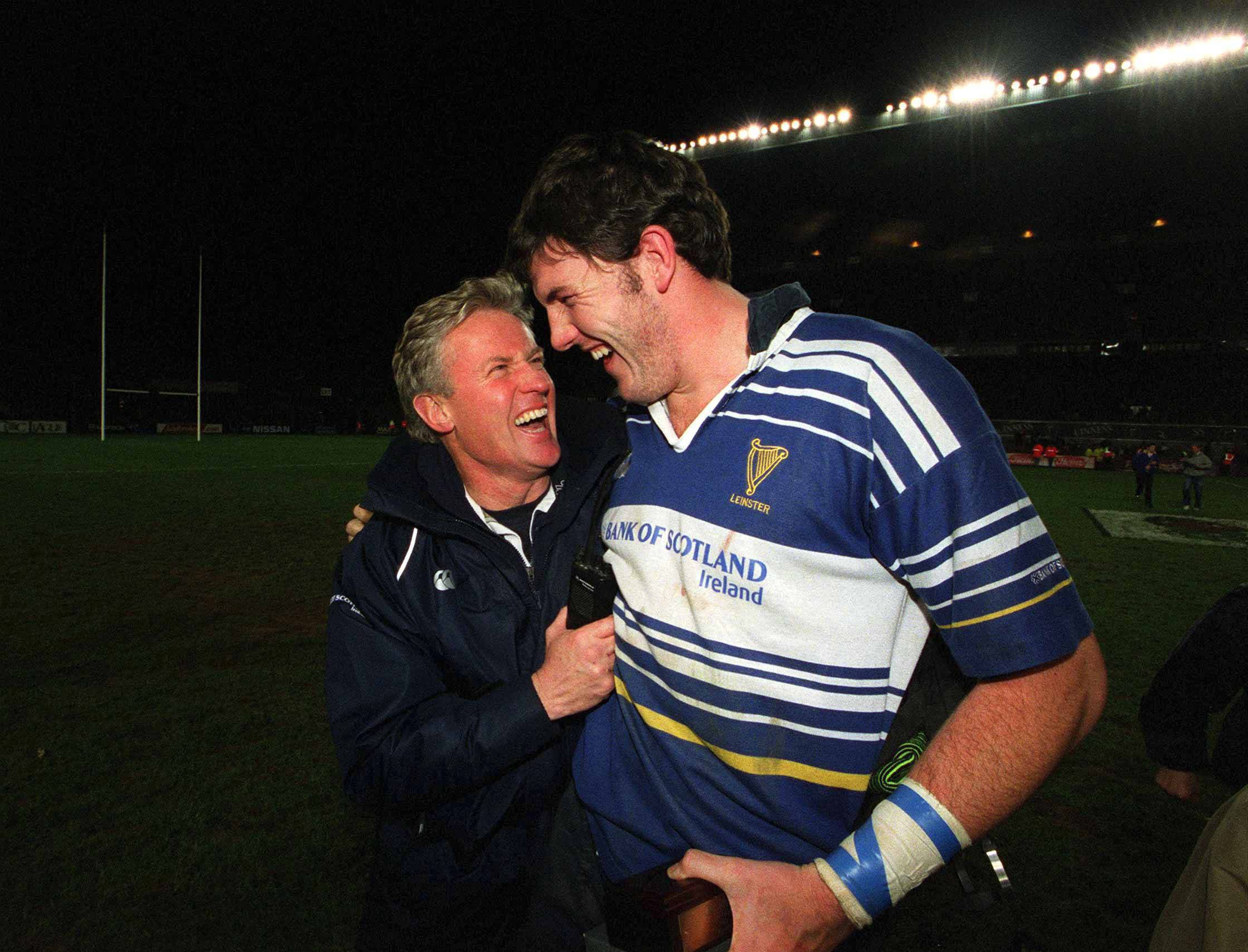 Wallace played with Saracens until 2001, helping Leinster to a first Celtic League title on his return to the province.

It was that period, when Matt Williams was in place as head coach, that Wallace saw as a vital time in Leinster’s evolution.

“About four years I’d been out of the Leinster system and I came back. I thought a major turning point was probably under Matt Williams at that stage. I think Matt was the guy, maybe some of the other guys mightn’t have seen it like Victor and Mal who were there more or less throughout, but I thought he injected a lot of confidence into the players, which was something that was missing.

“I think winning the Celtic League at that stage when Munster were on a high was another stepping stone. They did go through a couple of lean years, but with the amount of players coming through, obviously the likes of Brian (O’Driscoll) and Shane (Horgan) and Denis (Hickie), that sort of flair that came through. It just keeps pushing on and pushing on. Obviously at the moment it’s a lean time and they’re rebuilding, but I’ve no doubt that Leinster will get back there. Whether it’ll be as dominant as they were it’s very hard to say, but the players they’re producing there’s a lot of star quality coming through.” 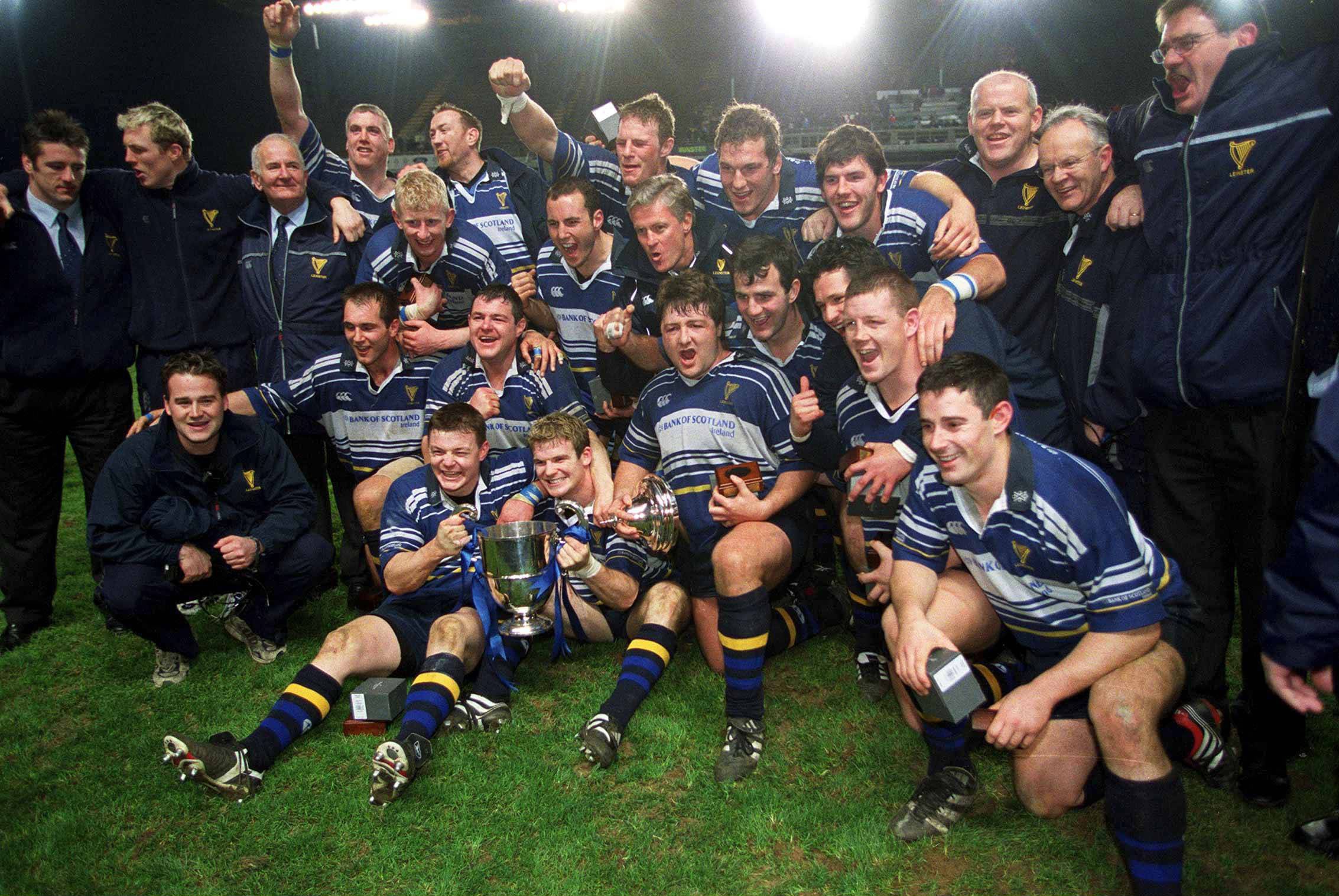 But it was during those early European days in Lansdowne Road that he saw the first glimpse of the growing fanbase for the provinces and European competition.

“It built here in Leinster. At the Pontypridd game we had a good crowd, and then Cardiff again after that the crowds kept building for what was interpro rugby at the time.”

At the Pontypridd game in Lansdowne Road 4,000 people came out to support Leinster. For the semi-final against Cardiff that number almost doubled to 7,350.

Twenty years later and Leinster take on reigning European champions Toulon in a redeveloped Lansdowne Road in front of a crowd in excess of 43,000. Another step in a journey that began in Milan 20 years ago.

The 1995 Leinster team that faced Milan will be celebrated at half-time in Aviva Stadium on Saturday when Leinster face Toulon. Tickets for this game are still available from Ticketmaster.