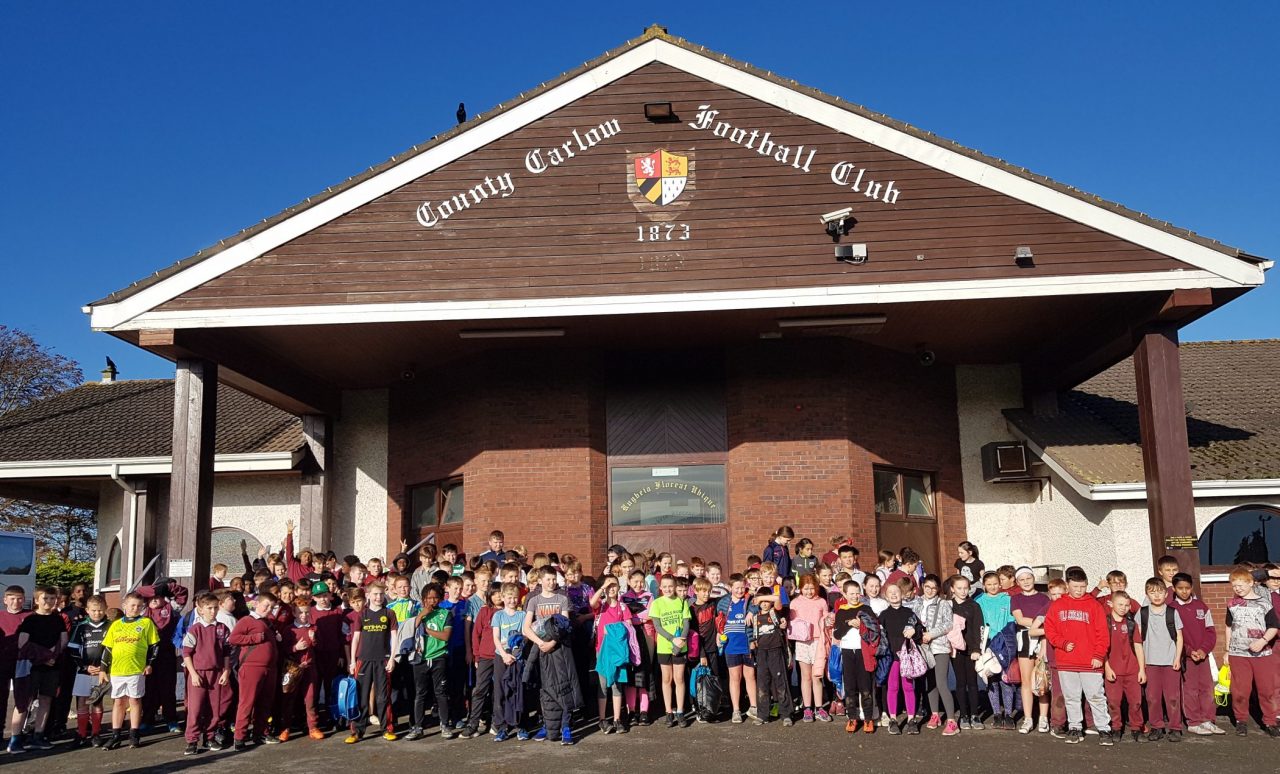 County Carlow FC are a proud junior club and they have a Club Community Rugby Officer (CCRO) who is equally passionate about the role he undertakes.

A Carlow man through and through, Gavin Whitney may be new to the job but he is making his presence felt in the club that he has supported and played with since he was seven years of age.

In his role as CCRO, his job is to bring rugby to a wider audience around Carlow with the hope of feeding the club with some stars of the future.

He understands the responsibility of his role. He will often be a child’s first contact with rugby and knows he has to make a good impression, just like the one made on him when he first caught the rugby bug.

“My interest in rugby started when I was seven years old, as a supporter. My Dad brought me to see Carlow play in Oak Park.

Injuries led him into coaching a couple of years back and while he didn’t envisage getting a job out of it, it turned out to be a massive moment in his life.

January 2019 saw him take up the role as Tullow RFC CCRO but nine months later, the lure of a home club role was too good to turn down and he is now is his seventh month as Co Carlow CCRO.

Whitney has played all the way up the ranks with Co Carlow. A one club man, he has seen over the years how talent can be nurtured regardless of what level your club are playing at

“I have played with the club from minis, through each age grade, to junior rugby today.

“We had excellent players and I had the pleasure of playing with Tom Daly, Bryan and Ed Byrne. We also had excellent coaches and we won a number of cups and leagues.”

He could well be coaching the next bunch of Co Carlow’s leading lights but he doesn’t focus on that, instead keeping attention on growing the love of the game and getting kids to enjoy the game first and foremost.

His work in the schools is a vital part of his job – giving the next generation their first taste of the game and seeing them react positively to it.

“To-date I have reached over 1,600 boys and girls in primary school.

“I have also been involved with six secondary schools. I have learned a lot from my first year as CCRO, this will help me plan and make changes for next year, as I grow and develop in the role.

“I would like to thank everyone in the club for their shared support over my first year as CCRO.”

Clubs can’t survive without players and players can’t learn the game without coaches. The two are intertwined and County Carlow are lucky to have both.

Player numbers have increased while the coaching volunteers are only too willing to help out and pass on their knowledge of the game.

This article first appeared in the Official Matchday Programme for Leinster Rugby’s Guinness PRO14 clash with Glasgow Warriors at the RDS Arena on February 28.