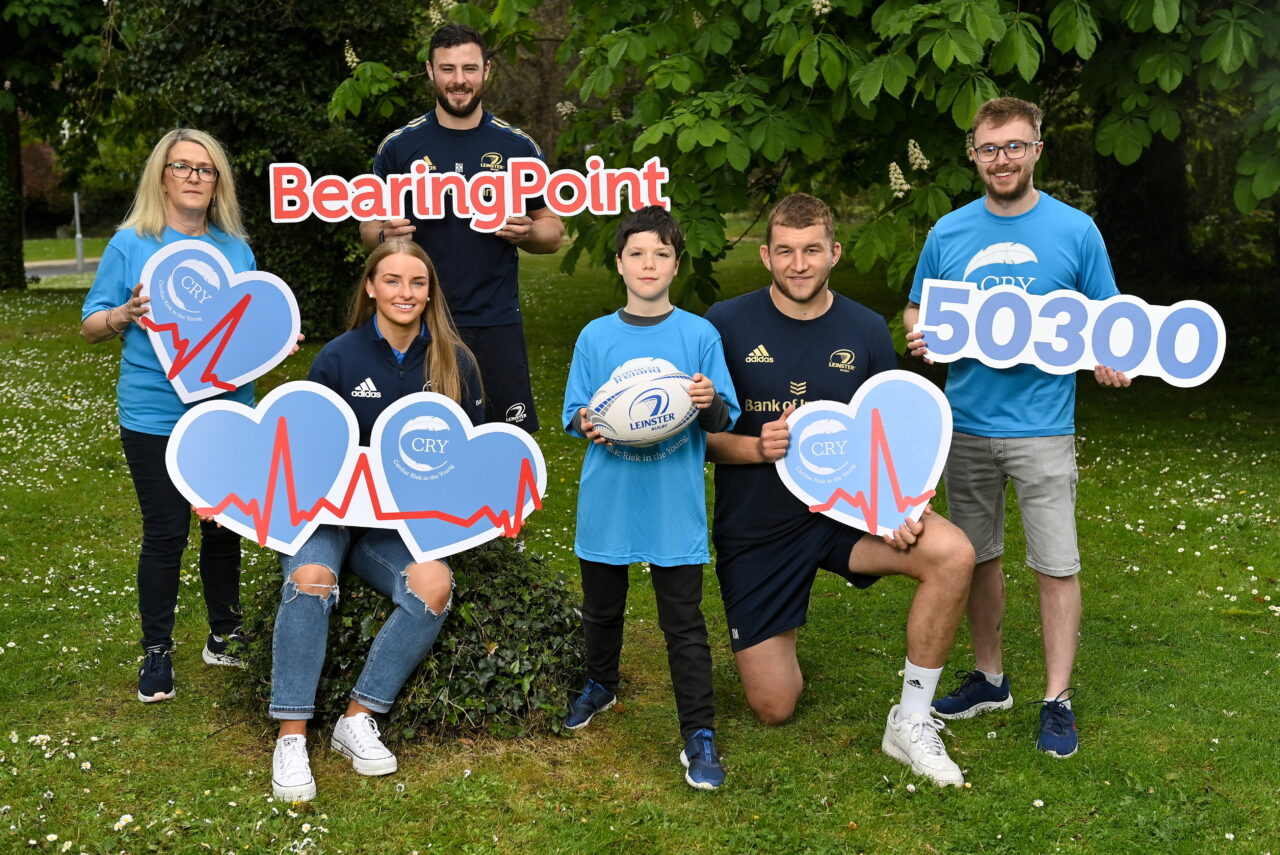 Leinster Rugby has announced Cardiac Risk in the Young (CRY) as its latest charity partner for the month of May as part of the Charity Affiliate Programme which was first launched in November 2020.

Indeed, this is not the first time that CRY have worked with Leinster Rugby having been a charity partner of the club back in 2015 and only last season CRY was again a partner of Leinster Rugby for the month of September.

Similar to last season, CRY have once again been nominated by one of Leinster Rugby’s premium partners, BearingPoint.

Established in 2002, CRY facilitates free clinical assessment and management to all families across Ireland, north and south, who have suffered, or are at risk of, a Sudden Cardiac Death (SCD). The charity’s Family Support Programme offers free access to listening volunteers, mentors and bereavement specialists, with its newly launched helpline also offering a listening ear to those impacted by SCD.

The charity fundraises to support its specialist Centre for Cardiovascular Risk in Younger Persons Tallaght, Dublin 24, where, since 2007, over 7,000 individuals have been seen. Over 100 individuals have had pacemaker or defibrillator devices fitted to protect them against sudden cardiac death. Hundreds more have been treated with medications and surgical procedures.

Thousands have been found to be unaffected and reassured. Cardiac tests are performed in a single day, with detailed consultations with specialists to explain outcomes and implications. CRY also raises funds to support research into the causes and prevention of Sudden Cardiac Death, in collaboration with other likeminded bodies. 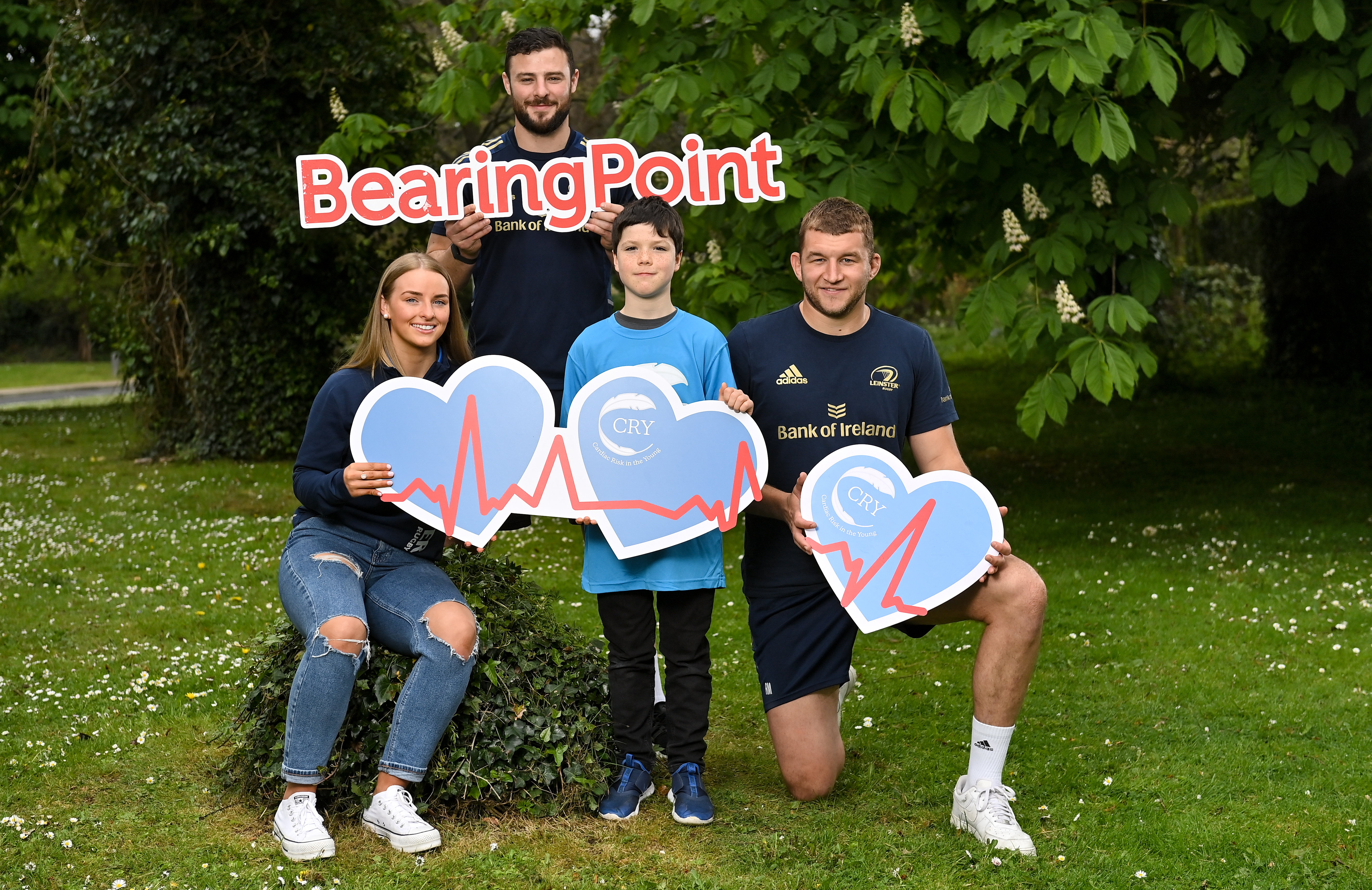 In attendance at the launch in Leinster Rugby head office in UCD were Leinster Rugby players Robbie Henshaw, Ross Molony and Ciara Faulkner, as well as representatives from CRY and BearingPoint.

Welcoming the news of the partnership, Dr Deirdre Ward, of CRY said, “CRY Ireland are delighted to be nominated as a charity partner to Leinster Rugby, and are very grateful to Bearing Point for helping to make this important opportunity possible. Over it’s 20 years of existence CRY Ireland has relied on the generous support of the Irish public, business community and our own families to fund services for families affected by, or at risk from, sudden cardiac death due to inherited cardiac conditions.

“Having focused for many years on developing and sustaining a medical centre for the diagnosis and management of the conditions that can cause sudden cardiac death, the Charity can now focus efforts on the areas of providing emotional support for affected families and on research into the conditions. As well as the fundraising boost that partnership with one of Europe’s most successful rugby clubs will bring to finance these activities such as the CRY Volunteer Helpline, we are also very grateful for the opportunity to raise awareness of the risk of sudden cardiac death, and the importance of basic resuscitation skills such as CPR in the community.”

Speaking on behalf of BearingPoint, Ian Kilty, said “Through our partnership with Leinster Rugby, BearingPoint is delighted to nominate CRY Ireland as their charity partner for the month of May. BearingPoint is proud to continue supporting the great work that CRY does in raising awarness and providing services to the families impacted by Sudden Cardiac Death syndrome (SADS).”

For the month of May, Leinster Rugby will lend its digital support to CRY, in particular supporting their team and its considerable efforts to raise awareness of these diseases and ultimately, to help save lives.

Speaking at the launch, Leinster Rugby Sponsorship Manager, Éamon de Búrca said, “It is great that BearingPoint have nominated CRY once again this year, a charity that we as a club know very well having worked with them before but also through their links with our former player Darragh Fanning.

“Lucia and her team in CRY continue to do amazing work. We saw that at first hand last season and we look forward to highlighting that work again in the month ahead. As we continue to come out of Covid-19, charities continue to need all our support.”

Like all the charities selected, CRY was selected by Leinster Rugby after a consultation process involving the leadership group of the men, women’s and Academy teams and consultation with the premium sponsors and partners and the OLSC.

For more information on CRY, please visit their website.