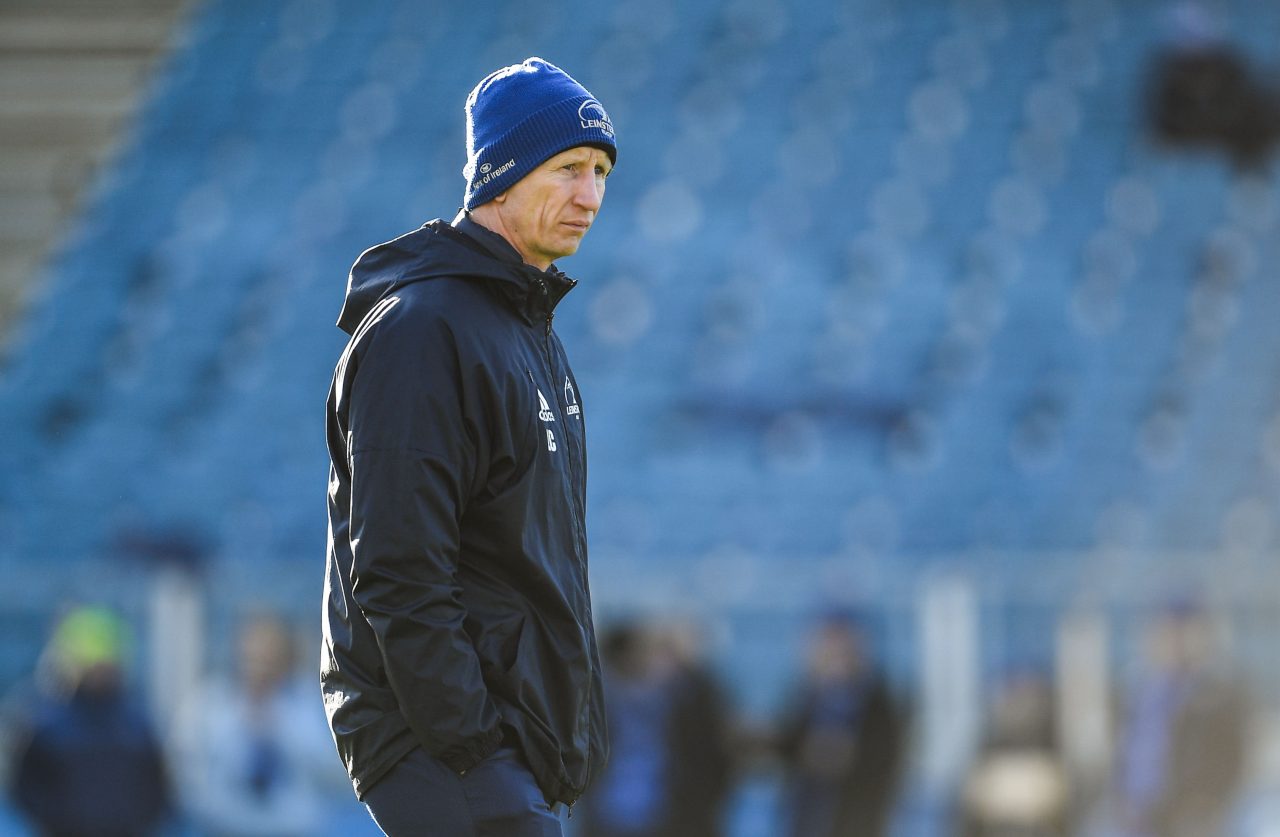 Leo Cullen spoke to the media on Monday via video call where he discussed how coaching has had to be adapted through social distancing.

With players operating individually from their homes, Cullen said that he, and his backroom team, are looking to ‘make the best of a difficult situation’.

“The players are working remotely so there’s going to be huge challenges with that. Huge credit has to go to our backroom team,” Cullen explained.

“They’ve really stepped to the fore during this period. Charlie Higgins who is in charge of our Athletic Development team, Cillian Reardon, Garreth Farrell from a medical/physio/rehab point of view and the teams working underneath them.

“They’ve set out a good programme for the players so at least they have structure in their weeks in this period that we’re working in.”

The head coach was also quizzed on how different players will adapt to this unfamiliar regime, training and working on their own, outside of a team environment, something that has become second nature.

“I think you’ll see a lot of players really excelling during this period. Definitely, there’s going to be challenges for some for sure.

“And for us, the people behind the scenes trying to enable them to be good and maximise their potential, we need to reach out and try and connect.

“We have different platforms in terms of trying to communicate with the players. I haven’t tried to block the channels too much with updates but there is various different levels of communication with players going on all the time.

“It’s about giving everyone a little bit of space, getting equipment out to guys. There was that opportunity in the early days. And there was some good swift decision making that took place as well.”

Cullen also reiterated Leinster Rugby’s appreciation to the front line staff, in particular the club medical staff, who continue to work on the front line.

“Our thoughts are with everyone that’s on the front line and we’ve a number of medics involved in that fight against this virus as well. Our thoughts are very much with them and we try to reach out and be as supportive as we can possibly be as well.”