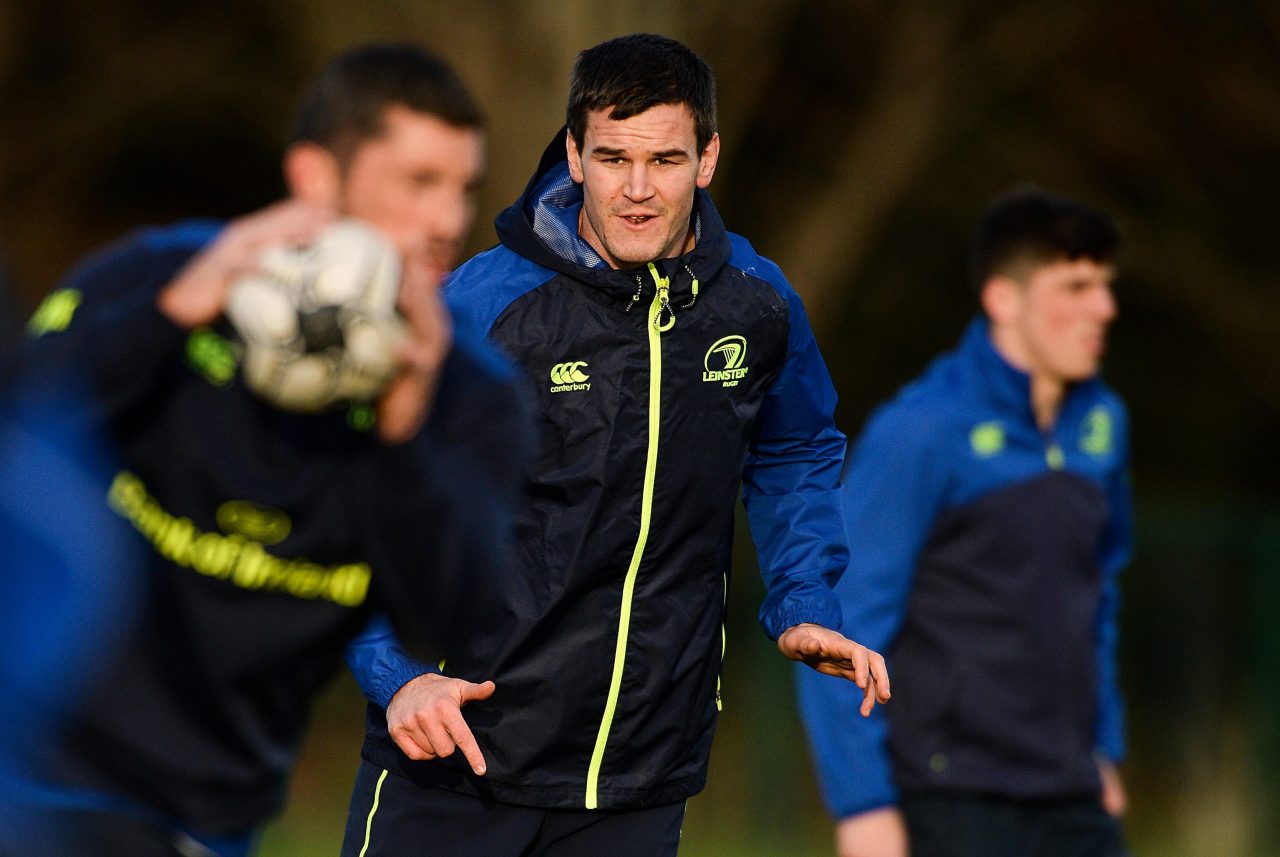 Johnny Sexton is set to return to action for Leinster Rugby for the first time since the Champions Cup defeat away to Montpellier in October.

The out-half will captain the province against Zebre at the RDS Arena on Friday evening, and head coach Leo Cullen says the St Mary’s man is raring to go.

“As you well know, he’s trained the last couple of weeks, he’s been involved with the team. He’s good to go this weekend,” Cullen told the media at the pre-match press conference in the RDS Arena.

“Johnny’s played a lot of games over the course of his career. It’s a constant challenge for guys to try and physically get stronger. We’ll see how he goes. We’re constantly assessing him and he’s come through training well over the last couple of weeks.

“He’s had other soft tissue injuries over the years. In terms of hamstrings, I don’t think it’s been a major problem. With what’s coming up (European fixtures with Montpellier and Zebre) it was important to take a more conservative course of action. Time will tell how good this period has been for the player. He’s in good spirits and he’s trained well. He’s looking forward to get back playing.”

Cullen said surgery was never an option for Sexton and explained that the issue was more to do with the player’s ‘movement mechanics’ making him more susceptible to certain injuries.

“It’s more in terms of movement mechanics, I think, is probably the bigger issue. Certain players are more susceptible to injuries based on the way they move. A lot of the time he spent in Santry (Sports Clinic) was trying to tidy up the way he moves so he’s at less risk in the future. We will see how that progresses.

“We manage all the players differently, that’s not just Johnny. You’re managing their training loads in a slightly different way, but with the understanding that you have to be able to partake in a good chunk of the team activities. All the players are managed on an individual basis in terms of their athletic development programmes they would undertake in the gym or on the field.”

Sexton’s return will be a boost to the squad after a tough Christmas schedule, and ahead of two crucial games in Europe against Montpellier and Castres.

“Games are coming thick and fast at the moment. We played on Stephen’s Day, then the 31st and now again on Friday. It’s a challenging period. It’s been well-documented the player management issues that are there. We have to manage the players, so some guys are in and out during this block as well. It’s difficult trying to get continuity.

“On top of that you’ve got short turnarounds so you’re trying to manage guys and making sure that you’re picking up enough points to keep you in the hunt. Unfortunately over the last two games we only picked up four points – we would’ve liked to have picked up more. Munster have come out on top with nine points from their two games, ourselves and Ulster picked up four, Connacht picked up one point. We would’ve liked to have got a better return from the two games. We just need to focus on getting as much as we possibly can out of Zebre.”

Leinster Rugby face Zebre in the RDS Arena on Friday (KO 7.35pm). Tickets are on sale now from €20.