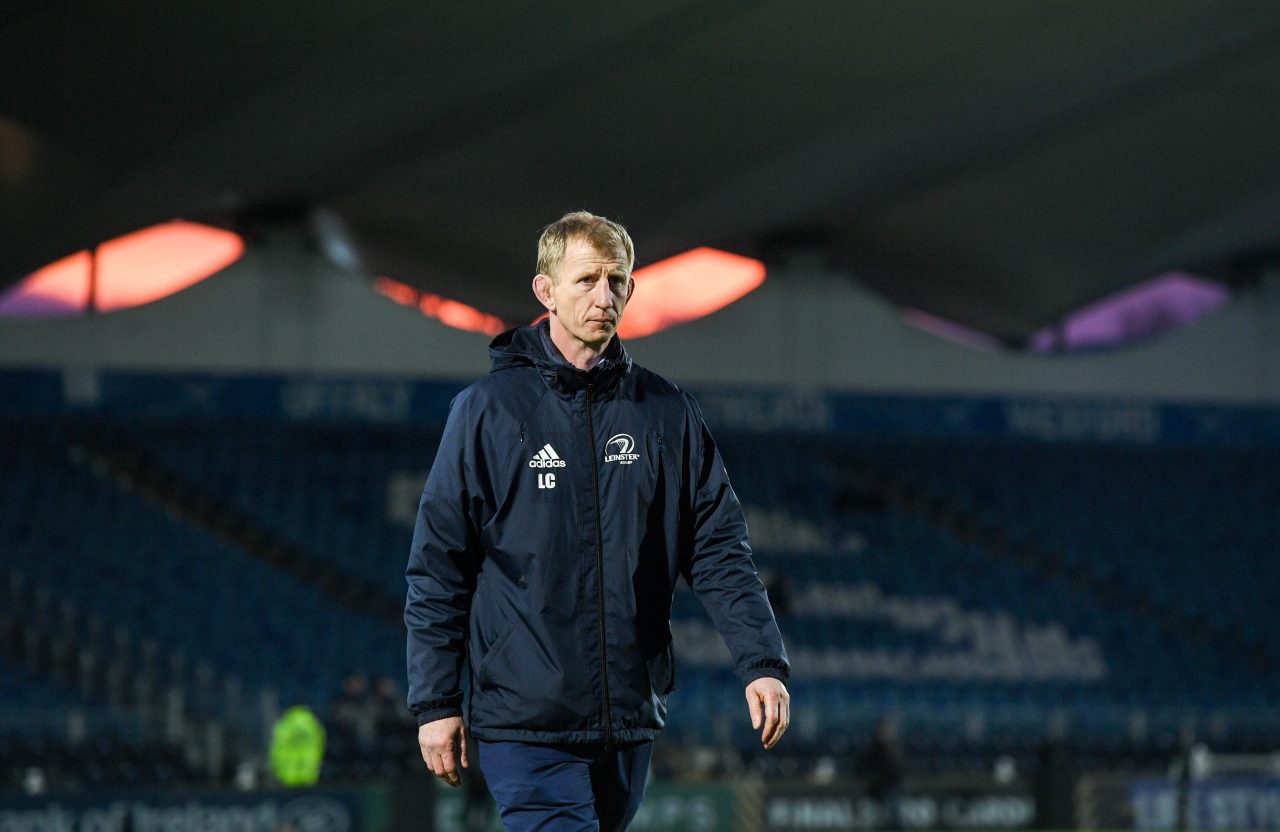 Leo Cullen has praised the work of the province’s Athletic Development team who have implemented individual programmes for players to work on at home.

Speaking to the media via video call on Monday, he also touched on some other positives that have been taken from a time that presents different challenges for all involved.

One of those relates to scrum coach Robin McBryde who joined up with the squad after the World Cup before getting straight down to business.

“Robin, as an example, who is the most recent arrival of the coaches, so it affords him the opportunity to reach out to guys and see how they are on an individual basis.

“And again, build those connections and relationships. And then start to work in maybe some little smaller groups where you get a little bit of contact time and there’s that sharing of experiences.”

Cullen also mentioned the members of the squad who have their degree studies to keep their minds active.

With many of the squad spread across a range of colleges, they have a chance now to spend more time in the books.

“We talked already about how they have to self-manage, a number of guys are doing college courses which is very encouraging as well.

“It gives them something else to focus their time and energy into and get themselves organised. As we know, rugby is a short career potentially and everyone has to be able to up-skill themselves for life after rugby.

“Over the course of the last six weeks, what does that world even look like now because it’s so so different to what it was six weeks ago,” he added.

Some of the squad who have been rehabilitating injuries can also now operate without the traditional time constraints that come with recovering through the campaign.

“If those guys get back, it gives them a bit more time where they’re not under pressure timewise because sometimes when players are out for long periods of time and they get closer to that date, it’s almost like they have a little bit more anxiety as they get closer.

For Cullen personally, he’s enjoyed the opportunity to spend more time with his family.

“It’s been amazing to spend time with my own two children that are five and three. We’ve learned to ride a bike which is a very positive part of this period. It has its challenges, teaching my five-year-old. He’s not as good at listening as I would have hoped!”