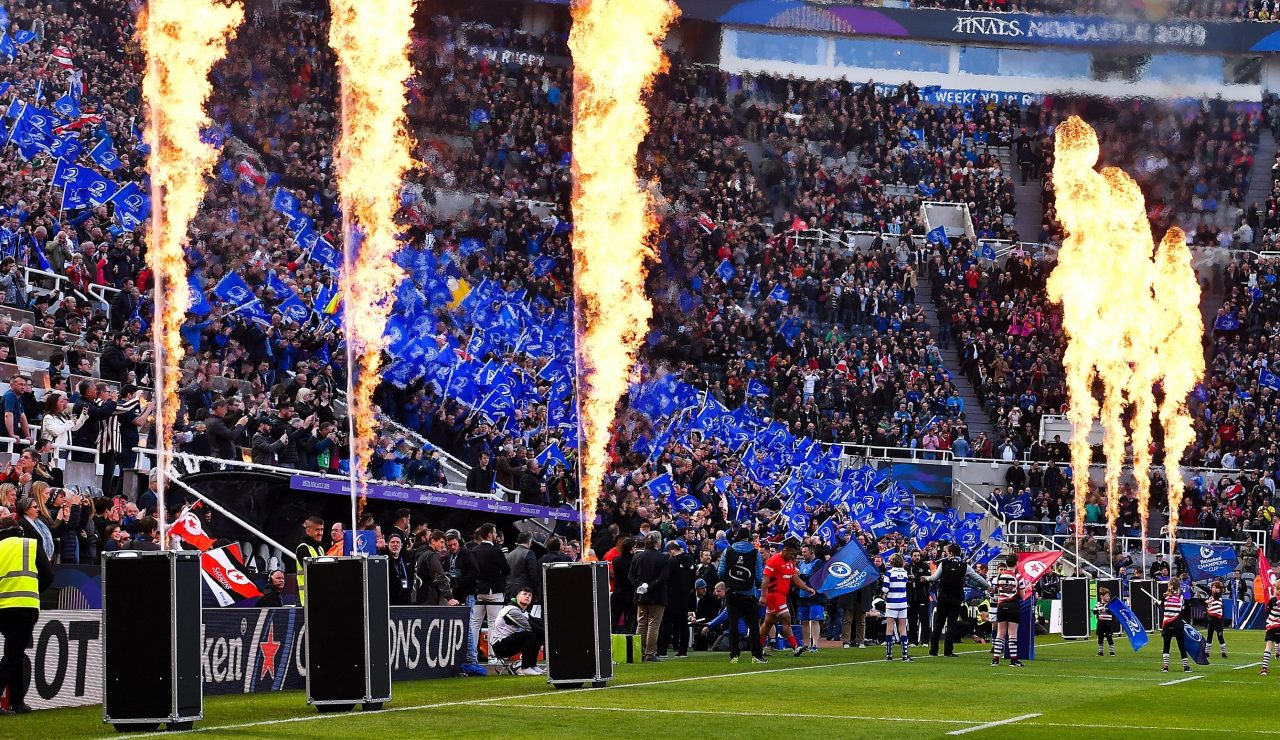 Leo Cullen paid tribute to the travelling support when he spoke to the media following Leinster Rugby’s Heineken Champions Cup Final defeat to Saracens in Newcastle on Saturday.

The squad were greeted at St James’ Park by thousands of Leinster Rugby supporters who lined the team bus route to the stadium.

“We pulled up outside the ground there and you see the Sea of Blue support, so we’re gutted obviously, for all the players, everyone that travels to the game. I thought it was a great occasion out there.

“I thought our guys started the game really well, created lots of opportunities, built that lead. Everyone’s going to talk about the period either side of half-time because that’s when Saracens score some points and we give up the advantage that we had built.

“It’s such fine margins in these games. Saracens were the better team on the day.”

Cullen also highlighted the work of the squad, and backroom team working behind the scenes to prepare the team for another European final, though was quick to turn attention to the challenge of facing Munster at the RDS Arena this Saturday (KO 2.30pm).

“We’re gutted. We’d love to be sitting here with a more positive outcome but full credit to the players, I think the way they’ve applied themselves, the way everyone has worked behind the scenes to make sure we’re in good shape at this stage of the season.

“We just need to dust ourselves off now. We can talk about so many different parts of the game. We need to move on as quickly as possible because we have a huge game against Munster next Saturday.”