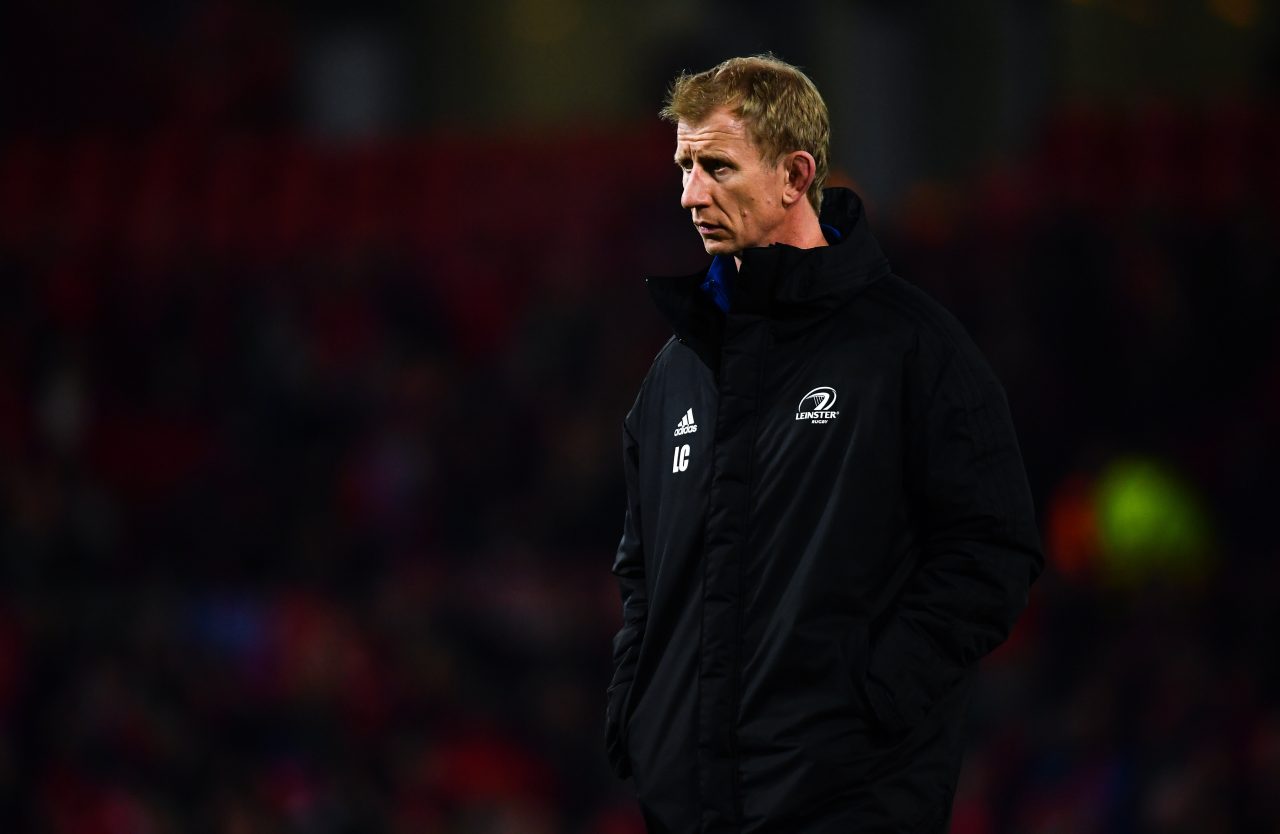 Leo Cullen spoke to the media in Thomond Park after Leinster Rugby’s 26-17 defeat to Munster on Saturday.

This was the first defeat for Cullen’s men in the Guinness PRO14 since the Round 2 loss away to Scarlets on 8 September.

Leinster lead Conference B with a 16-point margin to second-place Ulster who visit the RDS Arena this Saturday.

“The first half hour our discipline’s clearly not good enough,” Cullen said after the defeat to Munster.

“From that point on we do a lot of good things and we stick in the game well, so that’s really pleasing. I thought the desire and the spirit shown by the players was pleasing.”

Cullen took the opportunity to blood some young players and give them a chance to experience an Interpro derby with Ciarán Frawley, Hugh O’Sullivan and Conor O’Brien all appearing from the bench.

The head coach also paid tribute to the players for continuing to fight on to the end of the game. Max Deegan scored the province’s second try after the 80 minutes had elapsed with no losing bonus point to be gained from the score.

“Some younger players, we wanted to bring them off the bench to give them that exposure. I think they handled things reasonably well. The fact that we only conceded one try when we were down after all the cards, particularly the red, we’re numbers down and we conceded one try and that’s from an intercept when we’re five metres from the Munster line. It’s a good bit of play where they read and get the intercept and go the length of the field.

“It’s pleasing that we’re able to shut Munster out for the majority of the game when we’re a man down and at one point in the game, we were down to 13. In many ways when you’re down to 14 men the game plan that you’ve planned all week goes out the window, to a certain extent, and even losing Dave Kearney in the warm-up and Noel (Reid) stepping in, the way we had to rejig with Rory (O’Loughlin) going out to the wing. It was a day where we had to adapt. It wasn’t always perfect but the way the players dug in for each other was probably the most pleasing part.”

Leinster Rugby returns to the RDS Arena this Saturday to take on Ulster (KO 5.15pm) with only a limited number of restricted view seats available. Click here to join the roar.