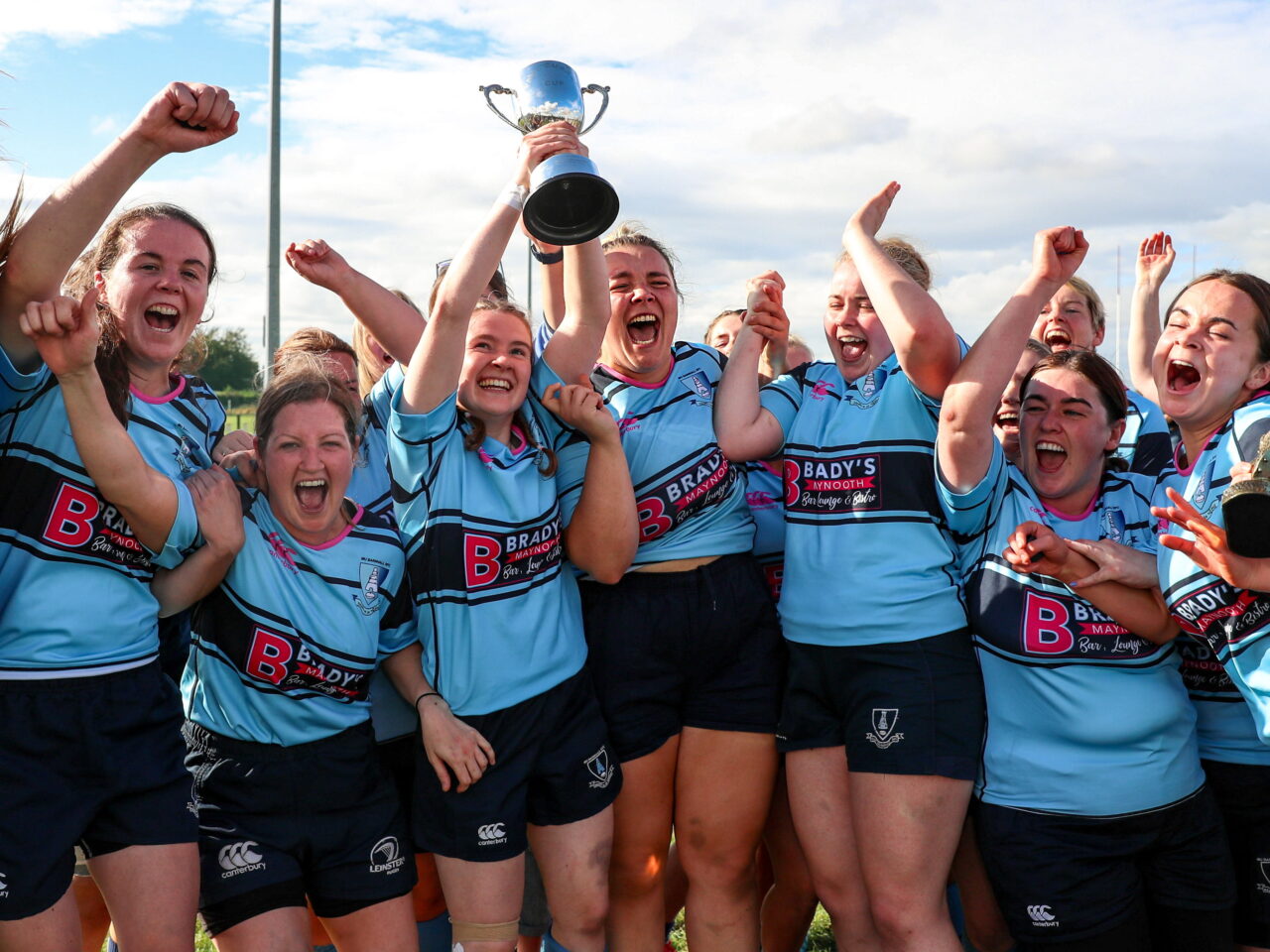 Eight teams competed over two days in the Bank of Ireland Paul Flood and Paul Cusack Cup finals held in Tullow RFC and Old Belvedere RFC over the weekend.

In the first game of Saturday, Greystones took on a strong Longford side. Longford established an early lead and kept the Wicklow women scoreless throughout the game.

Captain Hanna Shea led from the front and guided the team to a 43-0 win with full-back Leanne Keegan putting in a player of the match performance. We look forward to seeing what Longford can bring to the Leinster League competition this season after this fantastic performance.

Commiserations to Greystones who were holders of the Paul Cusack Plate. Both sides will face off home and away in the league competition this season. 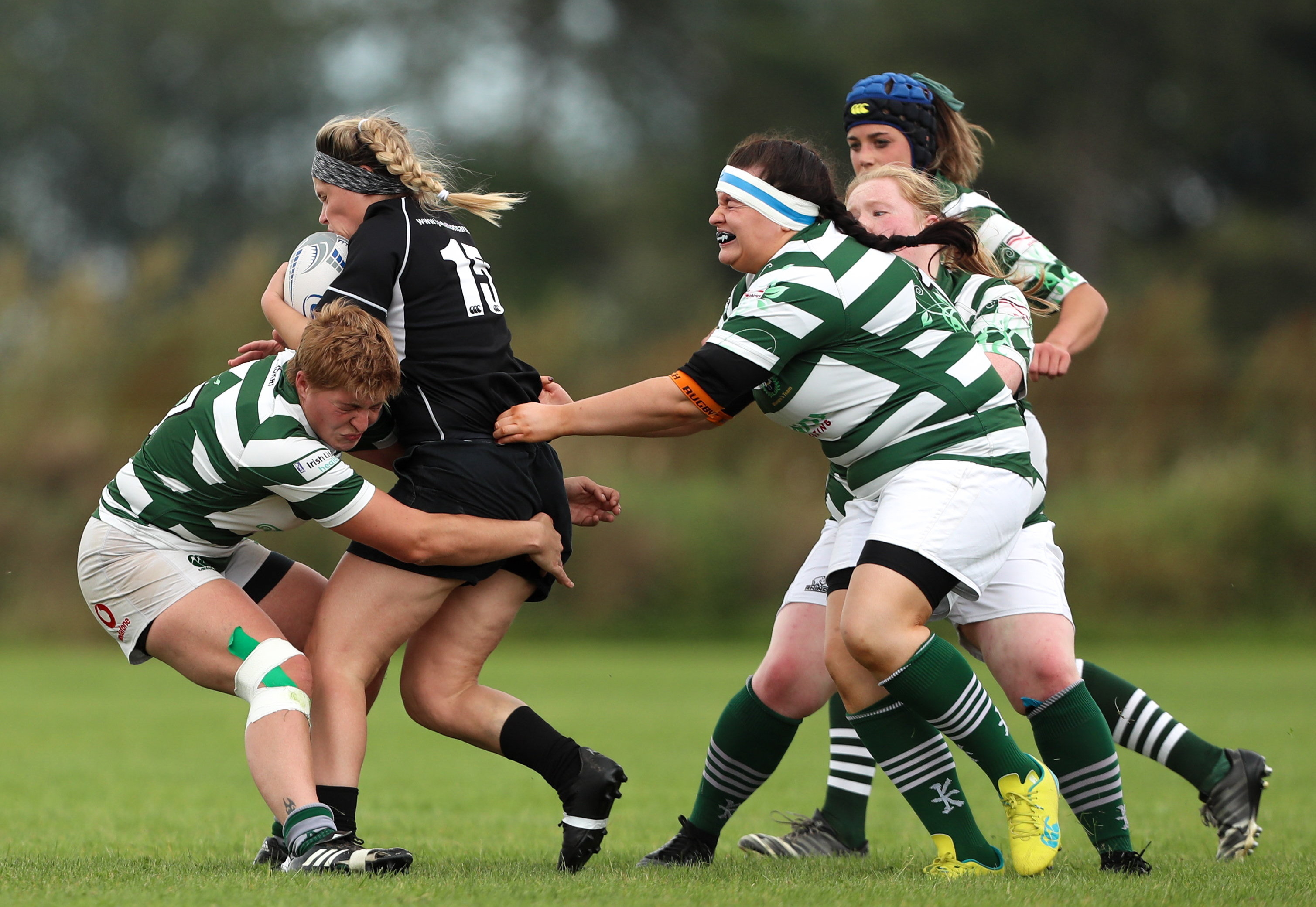 In the second game of the day, Tullamore beat CYM 39-0 in a tough contest played on Tullow RFC’s new 3G pitch. CYM will rue not taking advantage and closing out some crucial scoring opportunities which may have changed the sway of the game.

Leading 17-0 at half-time, Tullamore extended their lead scoring a further 22 points in the second half led ably by co-captains Sinead Rigney and Kate McCann.

Player of the match was awarded to Tullamore’s Shannon Touhey following an exceptional performance. Both sides will face off over the season in Division 1 of the Leinster League. 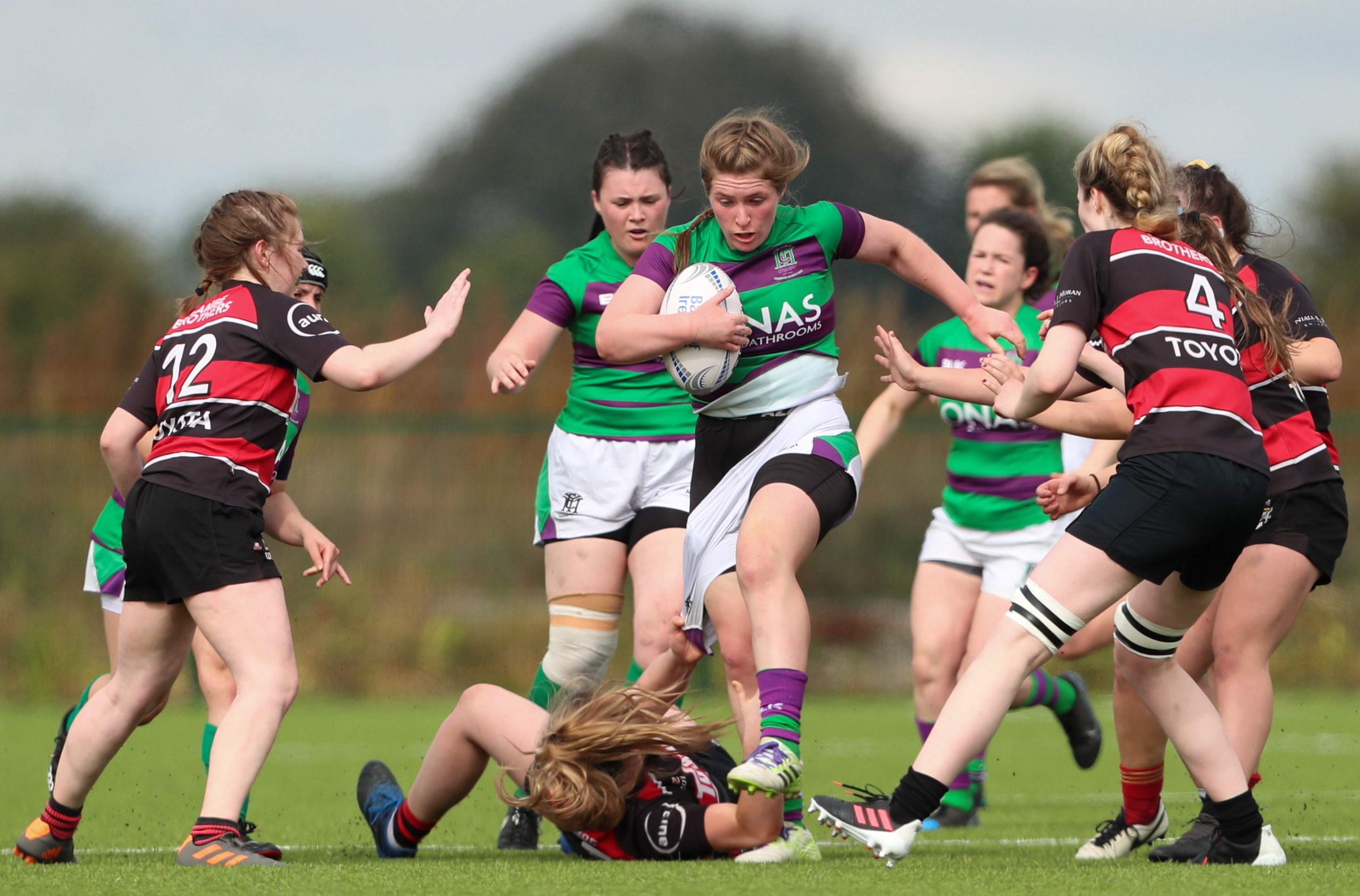 Portlaoise and MU Barnhall contested the last game of the day and treated those in attendance to a tense affair. With the differences split 7-7 at half-time it took a hat trick from MU Barnhall’s player of the match Ciara Faulkner to decide the game.

Portlaoise had their chances to claw it back but some missed opportunities sent the Paul Cusack Cup back to the Kildare side.

Both sides will take a great deal of experience from this game into the League competition. 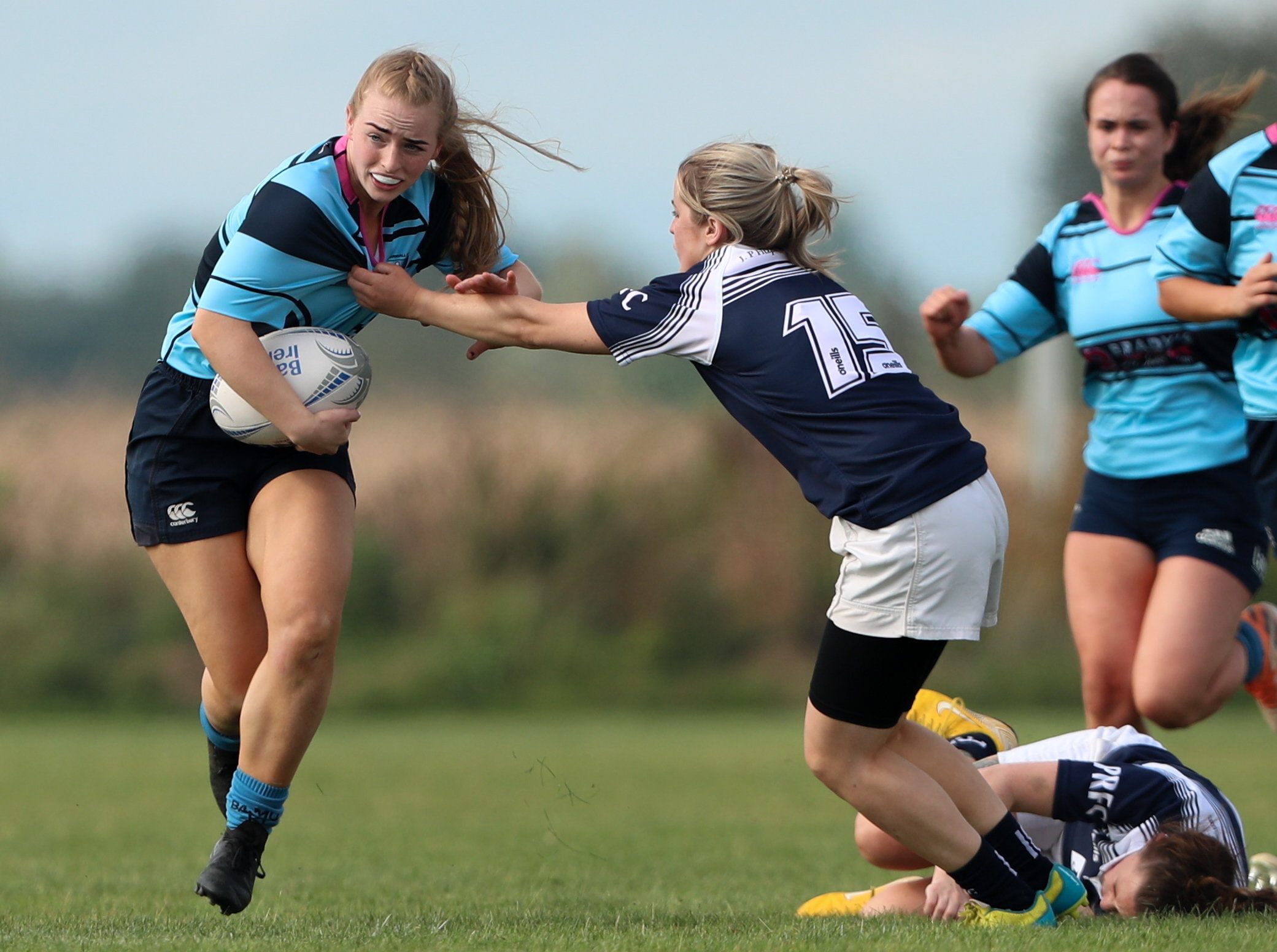 Those in attendance on Sunday for the Paul Flood Cup final were treated to a fantastic game of rugby.

Blackrock established an early lead with two tries in the opening 10 minutes. Old Belvedere had some chances to get back into the game but it took them until almost the end of the first half to get onto the scoreboard following a prolonged period of pressure on Blackrock’s try line.

Hat-trick hero Roisin Crowe was awarded player of the match. The Leinster Rugby Women’s Section were delighted to have the brother of Paul Flood, Brian Flood, and his daughter Jenny in attendance to present the cup to Blackrock College captain Valerie Power. 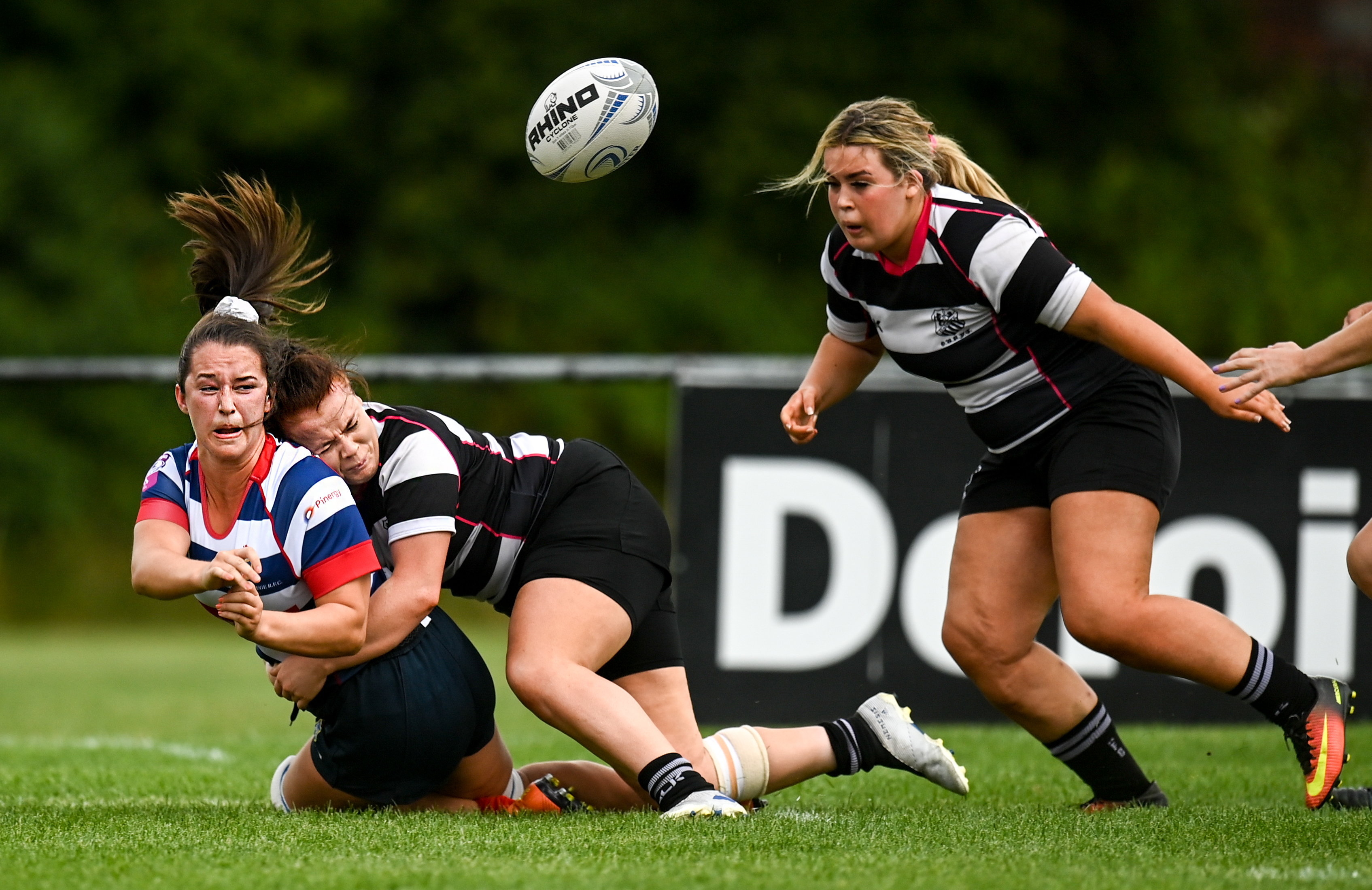 Women’s Section Chairperson, Eugene Noble, said: “The finals of the Bank of Ireland Paul Flood and Paul Cusack Cup and Plate competitions, which were all played in great spirit, with great skill and determination, demonstrated to all that were fortunate to be in attendance that all players welcomed the return to playing rugby. These competitions have served as great stepping stones to the return of our league competitions to commence the weekend of October 2.”

Clubs won’t have long to wait for more game-time with the Leinster Leagues commencing this weekend where a record number of teams will be participating across five divisions. Thanks to all in Tullow RFC and Old Belvedere RFC for hosting the finals days.