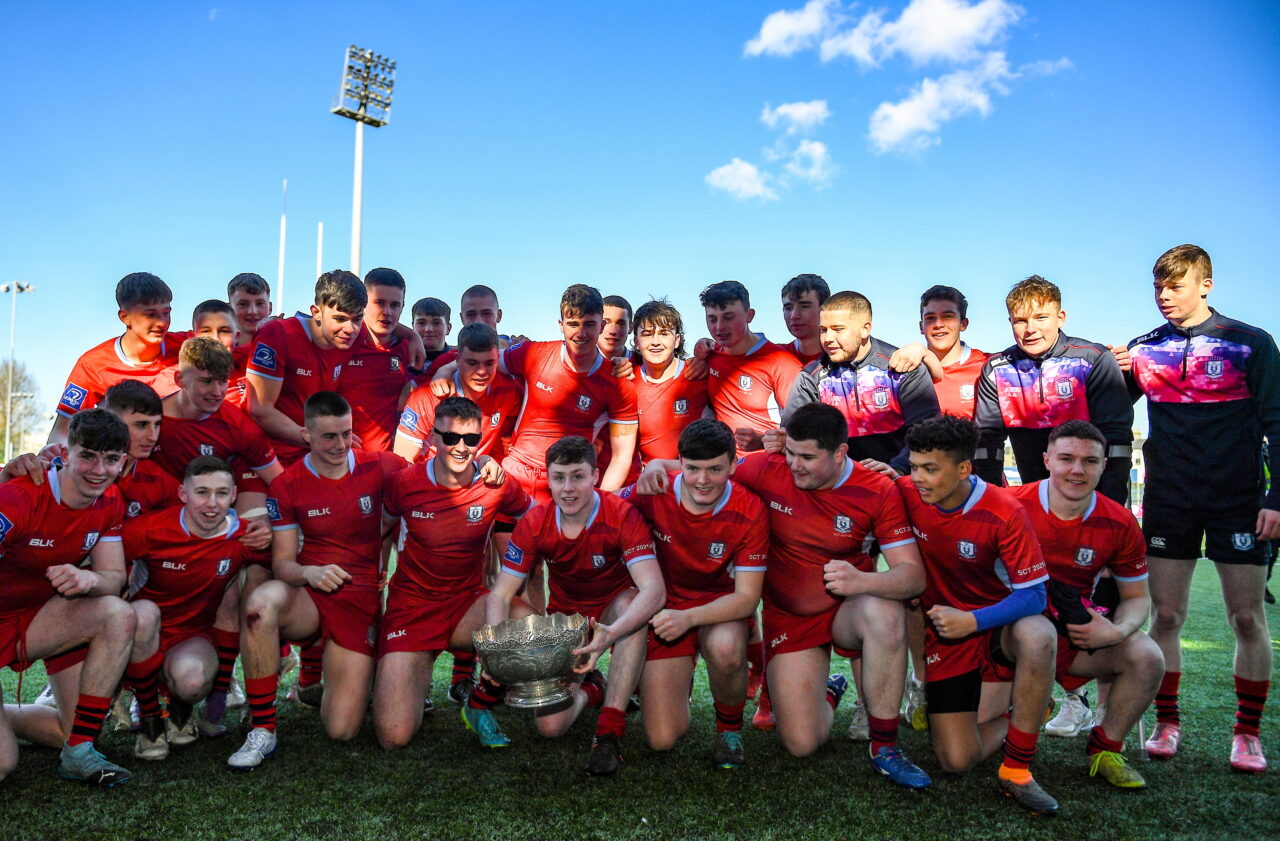 Catholic University School turned the clock back 11 years to their only other Bank of Ireland Vinnie Murray Cup title at Energia Park.

It was a gratifying conclusion to a dominant campaign for new head coach Marc Adam, who had to start without Leinster Schools hooker Lucas Maguire, replacement Evan Judge doing a good job in his place.

St Fintan’s got out to a positive start, their forwards carrying well into the prevailing breeze to apply strong pressure, a knock-on close to the line ending a promising attack.

Still, CUS were not able to move out of defence and were probably happy enough to concede just a penalty to wing Luke Ingle.

It wasn’t too long before CUS found their rhythm, using their physicality in the backs to get over the gain line.

Centres Rian Treacy and Stephen Ryan were always available to benefit from the platform laid down by the pack where captain Andrew Tonge was an abrasive presence.

The growing pressure asked many questions of St Fintan’s resilient defence in which captain Mathew Linehan was a standout all game long.

The opportunism of Ryan eventually led to the breakthrough for out-half Harry Lynch to convert in the 15th minute.

Lynch was soon back to add three points when St Fintan’s discipline started to come apart at the seams.

This opened the door for centre Stephen Ryan to gather a chip over the top, touching down for Lynch to convert in the 26th minute. 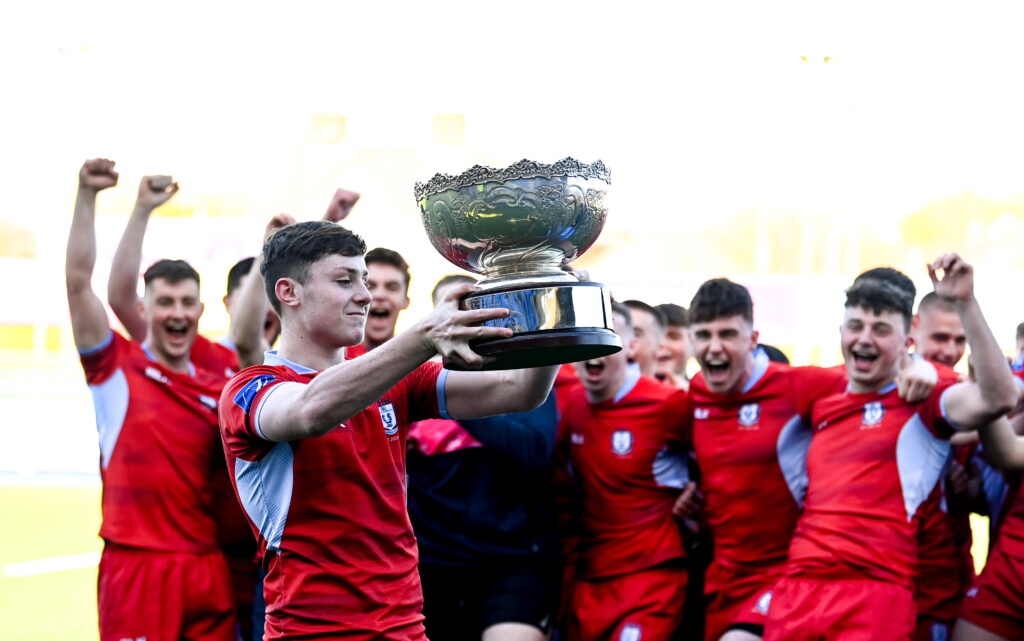 Just when they looked like getting back into it, a long pass was picked off by outstanding second row Gavin Deering, Lynch kicking the extras for 24-3 in the 31st minute.

The St Fintan’s half-backs Nathan Clarke and Conor Cribbin knew there were gains to be made as long as the forwards could be nursed into the right areas.

So it came to pass. The big boys rolled onwards with a barrage of carries for flanker Daniel de Brun to barge over from close range, Ingle converting for 24-10 at the break.

Any hint of a comeback was snuffed out when the Leeson Street school scored straight from the kick-off, swarming through in numbers to overturn the ball at a ruck for openside Lucas Sherwood to punch in the fourth try, converted by Lynch.

His half-back partner Garrett Phelan was on the spot to turn the pressure applied by the forwards into another converted try in the 51st minute.

The brandishing of the yellow card made it slightly easier for St Fintan’s to make inroads again, Charlie Byrne piling over from short range for a consolation.