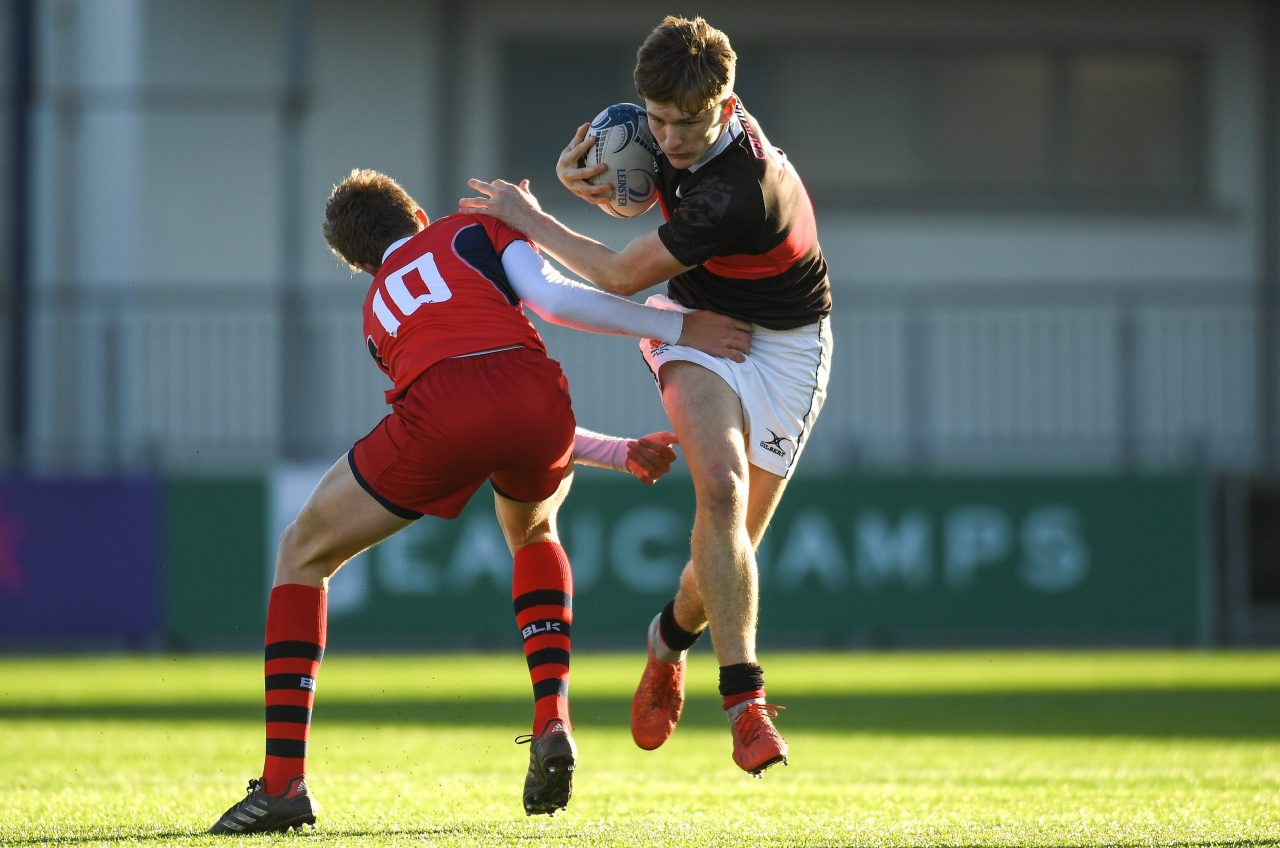 Catholic University School booked their place in the semi-finals of the Bank of Ireland Vinnie Murray Cup with a 24-20 victory over The High School.

Both sides played a huge part in a cracking encounter in Energia Park where most of the scoring took place in the first half.

Martin Healy responded for CUS, to level the game again, which would be a regular feature in the opening half.

Both sides enjoyed spells of control and a score always looked like a possibility.

Adam Killeen added a penalty to his earlier conversion to push High School 10-7 in front until Oran Walsh found space to force his way across the white wash.

However, the lead swapped sides again when Cormac Dempsey Lerchundi touched down, again converted by Killeen.

David O’Halloran added three points on the half-hour mark to once more draw level before Jake Costello crossed late in the first half to put CUS back in command.

That late first-half try proved crucial as the conditions turned for the worse after the restart.

Killeen added another penalty for High School but ultimately, it was resilient defending from CUS that was needed.

They answered the call and managed to hold strong under extreme pressure from High School.