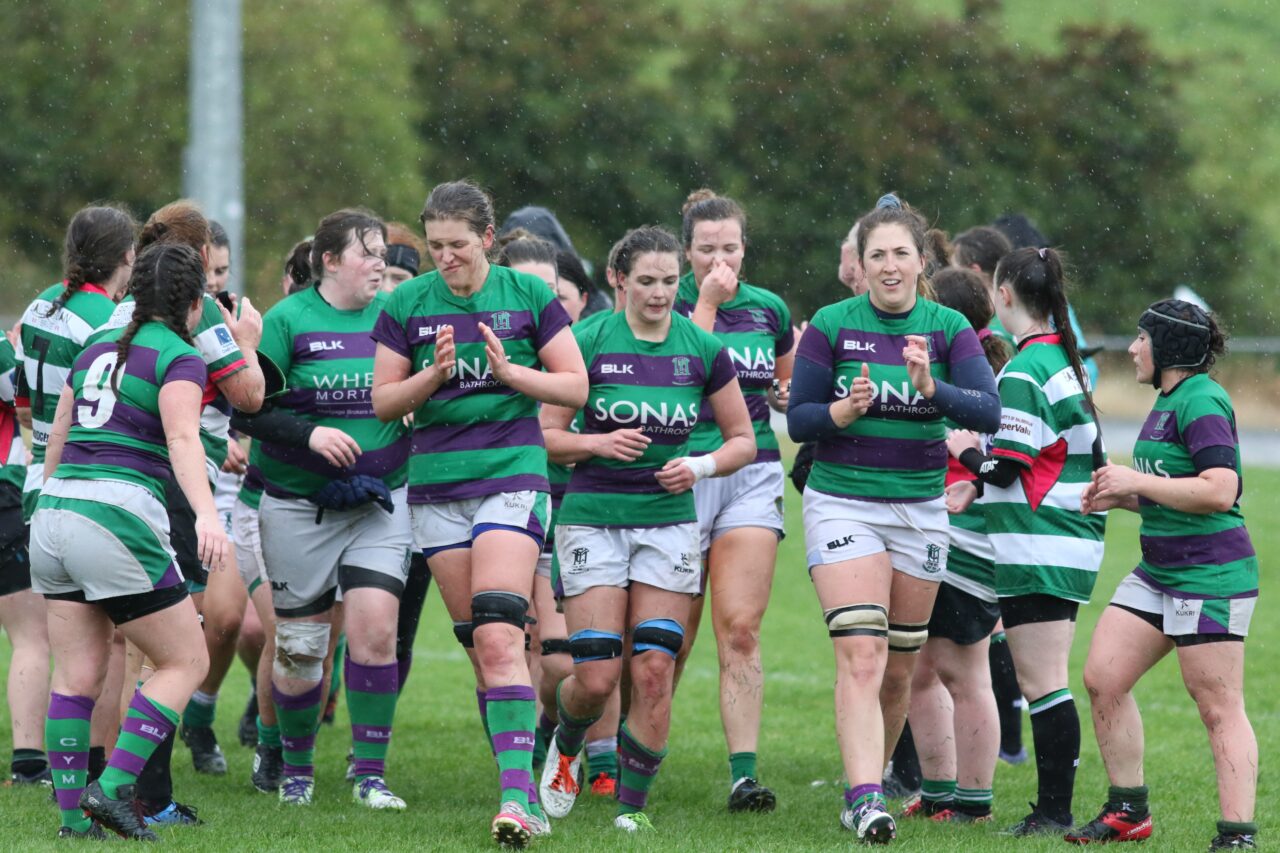 Ten years ago this season women’s rugby did not exist at CYM RFC, Terenure, while numbers for the men’s section were languishing. Fast forward to 2022 and a decade of women’s rugby is being celebrated and it’s been a decade which has transformed the fortunes of the entire club, a club with almost 100 years of history behind it.

The women’s team started life in the then-development league of Division 4. They quickly moved up to Division 2 as numbers and the quality of players grew. Then in 2017, CYM women’s team secured promotion to Division 1 with a victory over Tullow in the Division 2 League Final in Donnybrook. They spent four years in Division 1, before moving back to Division 2 this season.

Beyond the results on-field and just as importantly, the establishment of a women’s team has allowed the club to flourish and mature.

There is much more engagement in the club, female representation at executive level has been transformational, the club has a much greater role in community social responsibility and charity work, and we have had a few club weddings along the way!

This October, to drum up interest, the CYM women held their annual Give It A Try night, welcoming players of all standards to join them for a fun-filled intro to rugby session, followed by a good chinwag and hot cuppa in the clubhouse afterward.

A serious effort from everyone in the club prior to the night resulted in over 30 women giving rugby a try and reinvigorated the team. This spark between new and veteran players has created a brilliant learning and friendly environment.

Since then, CYM women won their first game of the season away to Balbriggan in Round 1 of the Bank of Ireland Leinster Rugby Women’s League, with six new players in that squad, all of whom joined the Give It A Try night. 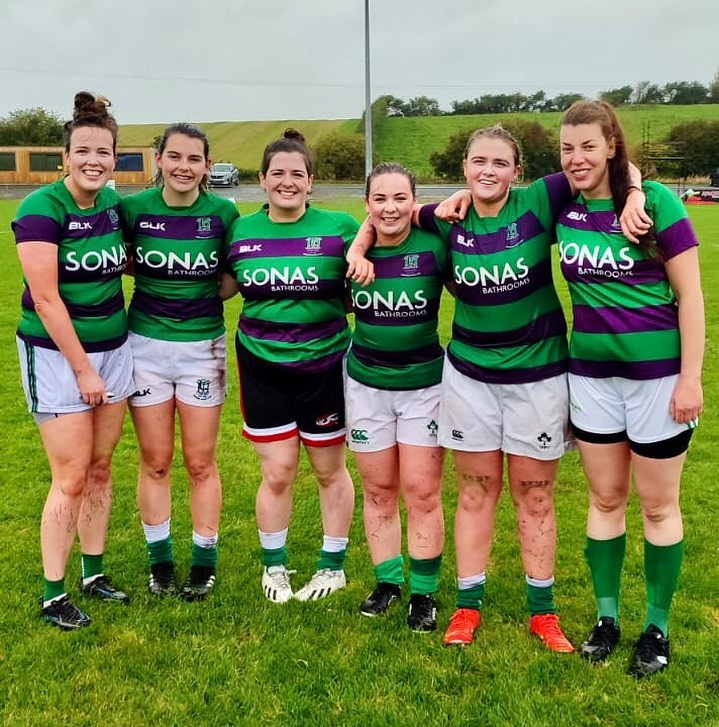 “I’ve been only playing with CYM – and rugby itself! – for a month” says Sligo native Grace Filan who is now a member of CYM RFC.

“The team has made me feel welcomed and capable both on and off the pitch through ice breakers incorporated in drills, detailed tutorials with videos, a buddy system, all of the women answering any questions, as well as baked goods and nights out! It’s been great to take up a sport, learn new skills, and join such a wholesome community.”

The recently appointed captain, Noreen Cassidy, is no stranger to sports as a proud Mayo woman who grew up playing football for Aghamore and camogie for Na Brídeoga, Tooreen.

Lacrosse even took her fancy once she hit the bright lights of college life in National University of Ireland, Galway and in 2019 Cassidy represented Ireland with the women’s national Lacrosse Team in international competitions.

Her rugby career didn’t start until 2017, where she took up social tag rugby for the summer season with her work colleagues, but CYM soon caught her eye at the Give It A Try night and it was all positive from there.

“CYM has given me the opportunity to play an amazing sport but more importantly make lifelong friends. I got to play with Connacht last season for the interpros which was a huge honour, I learned a lot and hopefully brought that back to improve my club game and confidence as well.”

Cassidy isn’t the only one with an interprovincial cap under their belt. 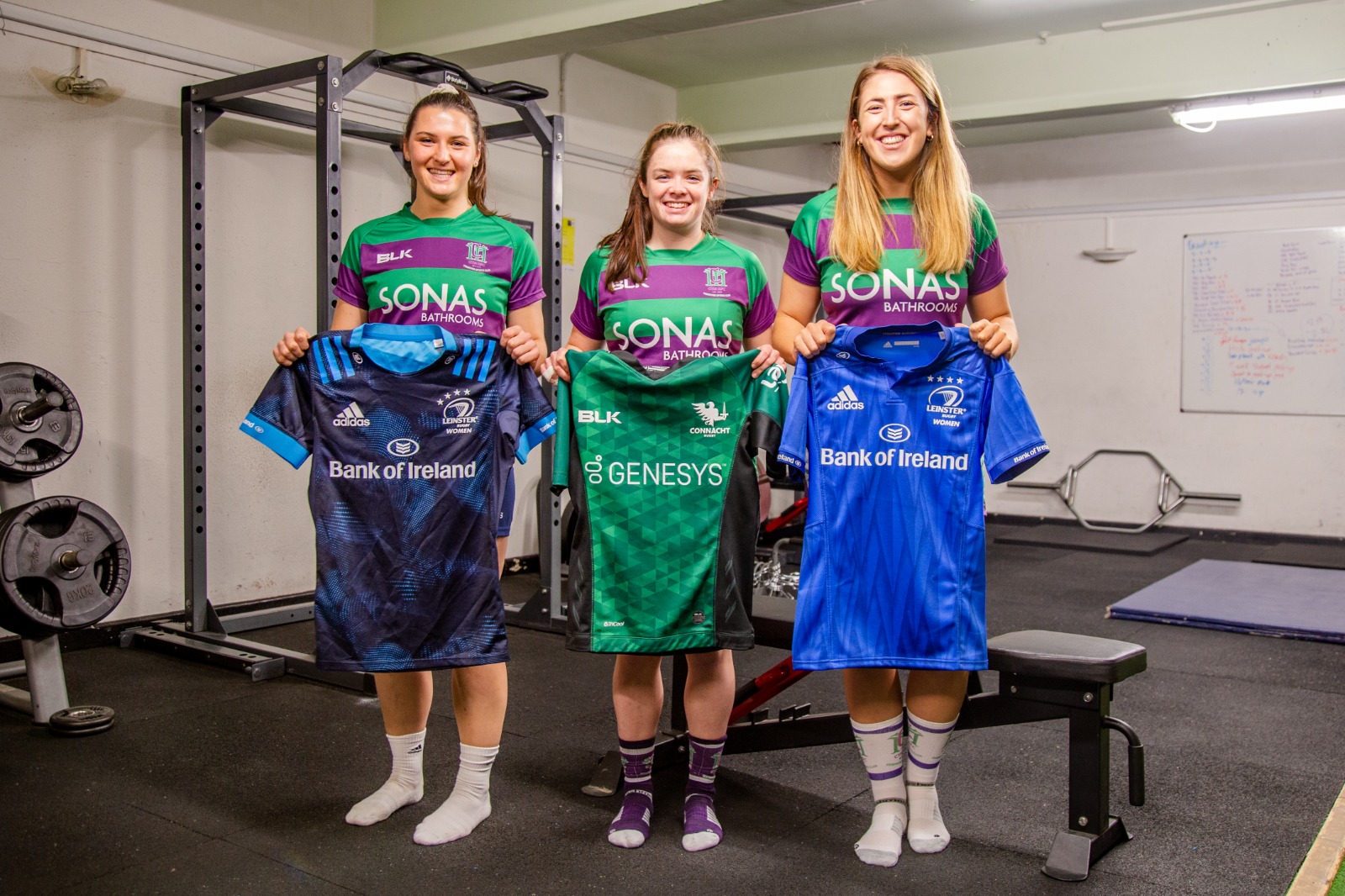 Former women’s captain Rachel Horan, an Offaly native, and centre Grace Tutty of Limerick were both selected for Leinster Rugby in recent seasons.

Horan featured in the Leinster squad for four consecutive years (2016-2019), skipped a year due to the pandemic putting a kibosh on things, and finally in the 2021 season, where she played alongside former CYM teammate and now Irish International Hannah O’Connor.

Tutty was also selected for the 2019 squad, but unfortunately due to an ACL injury, had to put her Leinster dreams aside for the time-being. But she’s definitely one to watch!

“It’s great for CYM to be celebrating ten years of women’s rugby this season. The introduction of women’s rugby to our club has completely revolutionised the way we run the club and how we consider all aspects of the game.

“We are really looking forward to marking ten years of the CYM Women’s team with a special celebration later in the season,” said Bernard Murray, President of CYM RFC.

Despite the recent drop in divisions, CYM RFC’s tenacious spirit, the addition of two pedigree coaches, and the reinvigoration of players new and old, means only good things for the Terenure-based club.

CYM RFC has much more to offer its members than just an outlet to stay fit, it is a place for people to come and get that vital sense of belonging.

There are 12 nationalities represented in the club not to mention someone from every county in Ireland, even Leitrim!

If you’re interested in trying out rugby and meeting the women from this tenacious club. The team train on Tuesday’s and Thursday’s from 7pm-8pm every week.