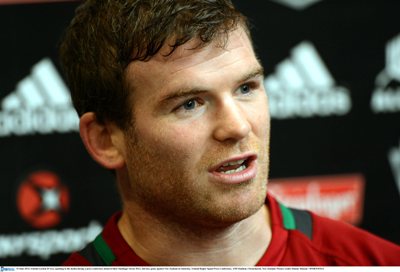 Following the game against New Zealand, the Ireland team transferred to Queenstown to prepare for the final test match in Hamilton next Saturday. In addition to the normal bumps and bruises from the game, it has emerged that Leinster duo Gordon D’Arcy and Jamie Heaslip have been ruled out of the 3rd Test through injury…

Wexford centre D’Arcy left the field during the game due to injury and following a scan, it revealed a calf strain and he will be unavailable for the final test.  D’Arcy will return home and Ulster centre Paddy Wallace has been called into the squad as cover and will arrive in New Zealand on Tuesday.

Naas number eight Heaslip picked up a finger injury and was also x-rayed after the game, showing a fracture to his right index finger.  This will rule him out of this weekend, but with the options available within the squad, no replacement has been called for.

Meanwhile, both Captain Brian O’Driscoll and Mike Ross went for precautionary x-rays on facial injuries sustained in the game. The x-rays were clear and neither player has been ruled out of contention for selection next weekend.