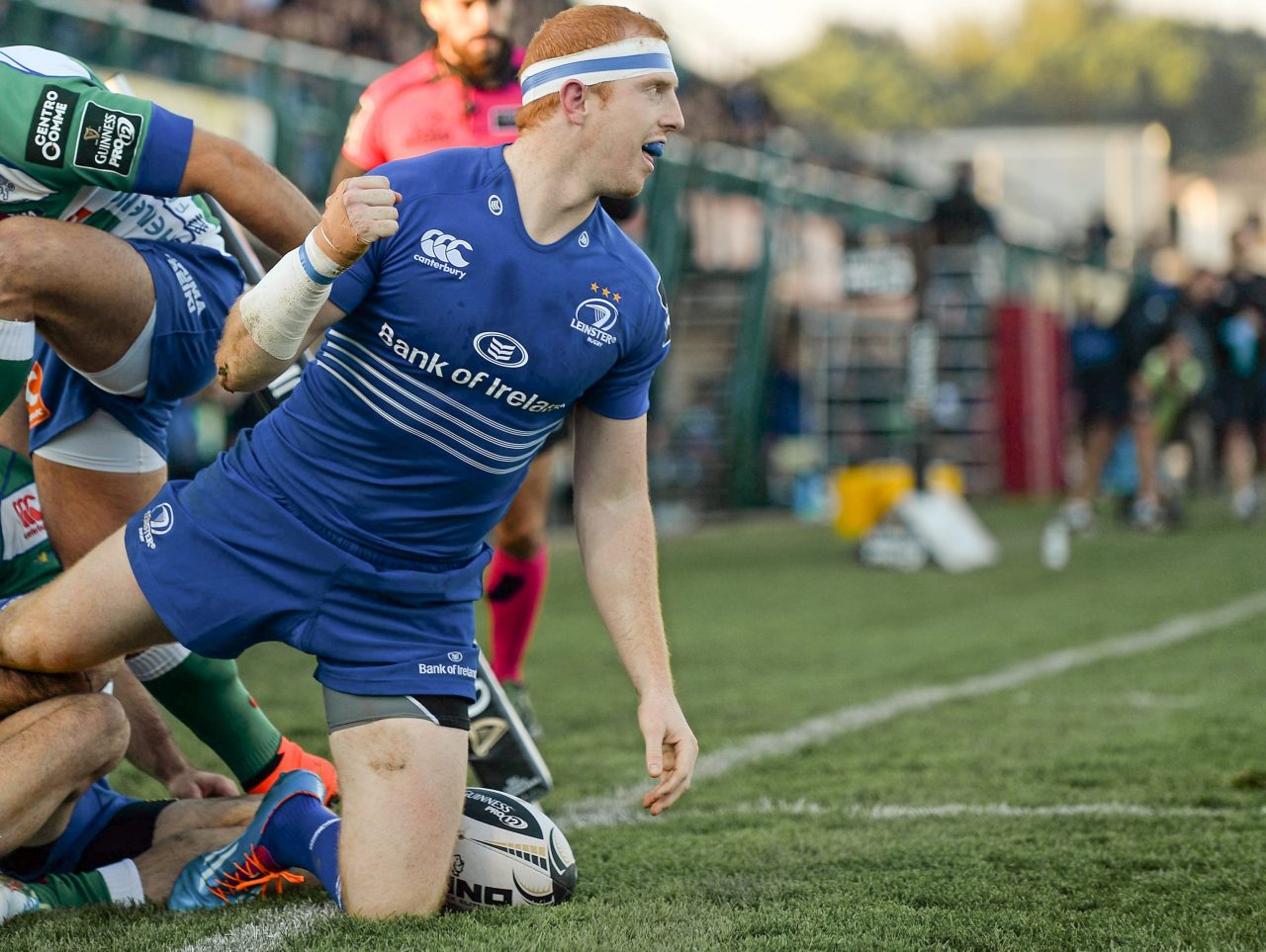 Fanning collected the Award, which is voted for by the public on 3 Mobile’s Twitter account, at the event in Dublin last night.

With one game left this season, Fanning is Leinster’s top try scorer with six tries in 19 games. Two of those tries came in the crucial win over Wasps in Leinster’s opening game in this season’s European Champions Cup at the RDS Arena.

The St Mary’s man also played the full 80 minutes in the first 13 games of the season for Leinster and was named Bank of Ireland Player of the Month for September, as voted for by the supporters.

Munster and Ireland legend Paul O’Connell was last night voted the Hibernia College IRUPA Players’ Player of the Year 2015 by his fellow players at the 13th annual Awards ceremony. The Ireland captain has had a standout season starting all of Ireland’s Six Nations games and earning his 100th International cap against Wales.

This is the second time O’Connell has won the Award, taking the honour almost a decade ago in 2006. He joins Gordon D’Arcy and Tommy Bowe as a two-time winner of the prestigious Award. Supporters echoed the views of the players with O’Connell also taking home the Newstalk Supporters’ Player of the Year 2015.

Connacht and Ireland’s Robbie Henshaw was named the Nevin Spence Young Player 2015 for an amazing third year in succession, making him the only winner to win three Awards in a row. Nominated in three categories including the Players’ Player of the Year, he added to his tally by winning the VW Try of the Year for his try against England in the Six Nations.

Joining Ireland’s heroes in the BNY Mellon IRUPA Hall of Fame was Munster and Ireland flanker David Wallace. Connacht stalwart Michael Swift was awarded the Hibernia College Medal for Excellence, which rewards on field effort combined with off field commitment to the game.

The Zurich Contribution to Irish Society was presented to Alan Quinlan in recognition of the significant impact made to society through his work raising the profile of mental health and depression in Ireland.

The BNY Mellon Women’s Sevens Player of the Year 2015 as voted by members of the Ireland Sevens squad was presented to Lucy Mulhall for her consistent performances.

In a season of standout performances and memories, members of the public voted Ireland’s Six Nations title win as the Powerscourt Hotel Resort & Spa as the Rugby Moment of the Year via Twitter. The award was collected by Sean O’Brien and Joe Schmidt.