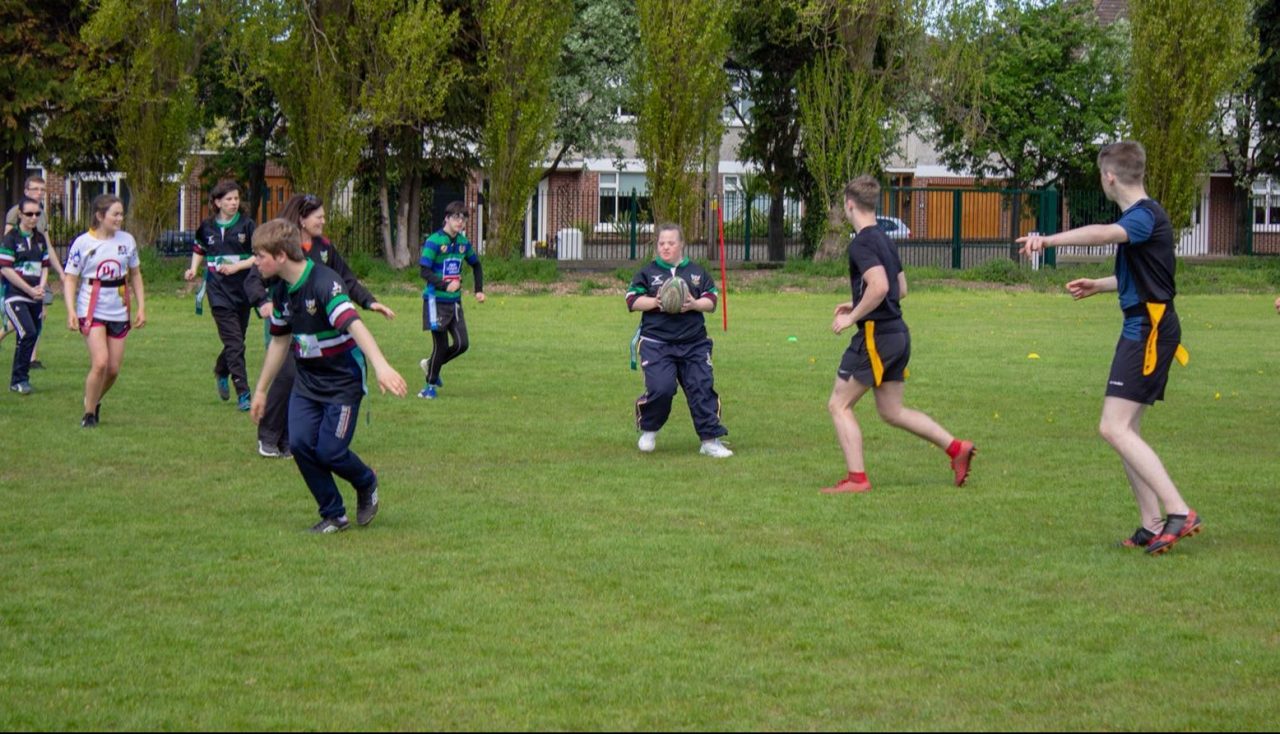 Five years ago De La Salle Palmerston FC in Kilternan, Dublin, held their first tournament for players with special needs and different abilities, with four teams attending the event. Such is the success of tag rugby and integration in rugby clubs around Ireland that on 20th May this year the event will have 15 clubs participating.

The four provinces of Ireland will be represented, and there will be over 300 players at the festival.

Dave Hicks, one of the organizers of the tournament, says that the festival has become one of the highlights of the club’s calendar.

“This is a fun event,” Hicks said, “and while there is an element of competitiveness, all the teams go home feeling like winners.” 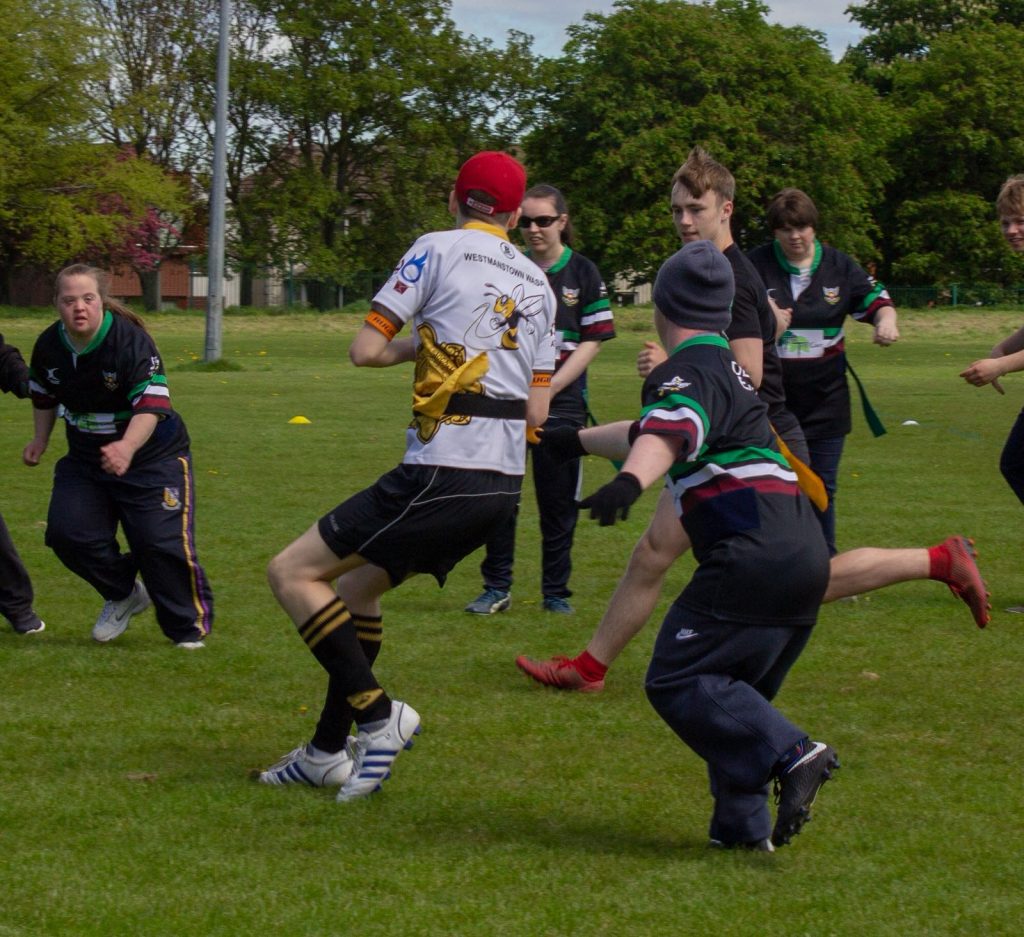 “Our team, the DLSP Eagles, have had such a positive effect on the whole club. When we started six years ago we had just a handful of players. As word spread that we had a tag rugby team of players with special needs, Cheeverstown, who are a support service, came on board and suggested to some of their clients that they should give it a try.  Now we have 24 registered players.”

To integrate the Eagles in with the rest of the club, Hicks invited other teams from the club to join the Eagles for training sessions.

“We mixed the team players with the Eagles and played a few games,” he explained. 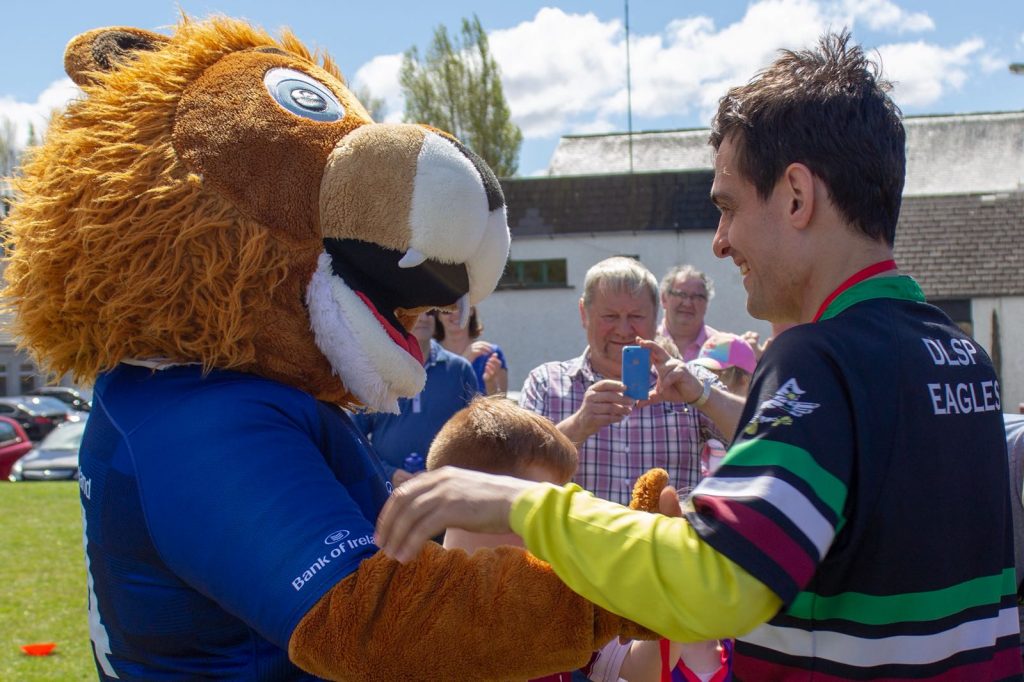 The referees play a very important role in making sure that all the players are involved in the games. There are tag laws set out by the IRFU, however, the rules are not as important as the players’ enjoyment of the game and quite often the coaches and referees must make decisions during a game, that may not necessary be by the book, but they ensure the players are happy.

The referees of a game with special needs players have to understand that all the players, regardless of their club, are important. They realise that they are there to facilitate the games and to ensure all the players enjoy the occasion.

If you are interested in getting involved or have a player who might like to have a go, then please contact your local club to see if they are one of the clubs supporting integration or contact Leinster Rugby Spirit Officer Stephen Gore at stephen.gore@leinsterrugby.ie.

If you are available on Sunday, 20th May, please come and support participating players kicking off at 12pm.