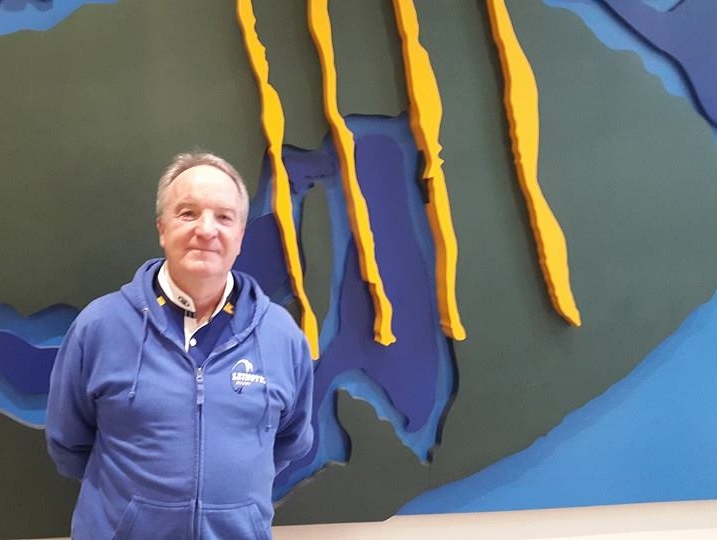 Bob was roped in to becoming De La Salle’s PRO for the season due to his long term involvement in the club through his late father in law, Ronnie Buckley, who was a club stalwart for over 50 years. Ronnie introduced Bob to DLSP and when his  son Ben  started playing at Mini level  9 years ago, Bob started helping out around the club. De La Salle Palmerston President, David Lillis, who was also, last year’s PRO spoke to Bob at the end of last season about becoming involved in the PR aspect of their Club. Bob had recently completed a digital media course as well as a radio production course was the ideal candidate for the job.

Traditionally DLSP FC created events around each home fixture such as Presidents lunches, Ladies Days and Reunion events, which have worked extremely well to raise finances for the club. DLSP is in the process of forming a new Social Committee which will aim to host three to four bigger club fundraisers from now until the next of the season. The new PRO for De La Salle Palmerston added ‘Simple fundraisers such as a summer BBQ we held last summer was a massive success for the club. We’re hoping to hold larger fundraisers rather than smaller ones with the aim to increase revenue for the club’.

Robert is also looking forward to the Kieran Burke Festival in De La Salle Palmerston FC which has been running for 12 years  has become ‘the biggest club sporting event’ with over 30 Leinster clubs bringing their under 7’s teams to Kirwan Park. He is also looking to develop a new club website as well as mainstream his clubs social media. The DLSP FC PRO added ‘our biggest challenge is managing all the content. We’re a big club and as PRO my challenge is to get the information as well as then to manage where it goes. We also are hoping to monitor our social media channels more so and streamline them’.

Bob was ‘delighted’ to have won the award and is enjoying his current position for the club.