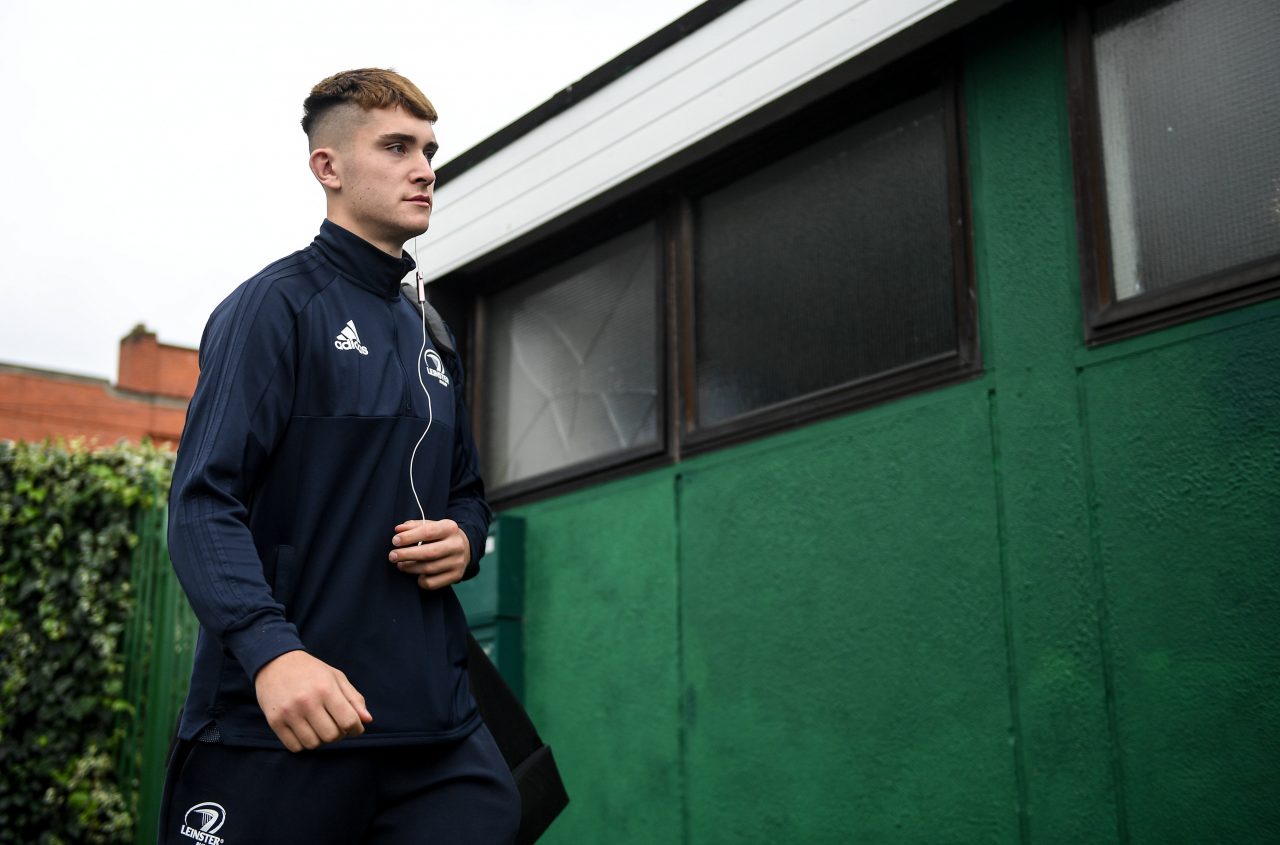 They were driven into the history books by the powerhouse midfield combination of Brian Deeny and Rory O’Connor and the prowess of ace forward Barry O’Connor, the son of 1996 All-Ireland winner and all-round Wexford legend George O’Connor.

It wouldn’t be long before these three young men would meet a fork in the road and pursue their dreams in three different sports, none of them Gaelic football.

In fact, Rory O’Connor is the son of George’s brother John, another 1996 All-Ireland champion, and, later in the summer of 2017, he was starting in the All-Ireland Senior Hurling quarter-final against Waterford in what can best be described as a meteoric rise.

One year later, Deeny entered into the no-guarantee zone that is the Leinster Sub-Academy down in Energia Park.

It wasn’t long after that Deeny was offered a place in the Leinster Academy and a seat on the plane for Ireland’s Under-20 World Cup.

Deeny made the stratospheric surge from playing J3 for his club Wexford Wanderers against Gorey to playing for Ireland within 12 months.

The man from the Volunteers town club was all set for a future with the Wexford senior footballers when the All-Ireland minor football championship changed from Under-18 to Under-17.

Deeny was in no boy’s land as an 18-year-old with no minor championship on the summer menu. He embraced the offer to join the Ireland Under-18 Sevens squad.

And that was it.

“It was probably from there that I definitely wanted to pursue rugby. I had always loved the game,” he said.

“But, at school in St Peter’s there is such a big emphasis on GAA that I would have been encouraged heavily to play it. There was no rugby there.

“At 16, when I played a year young with the Leinster Youths that was when I really started to take rugby seriously, started sharing my time between the two of them.”

Five years before that, Deeny made his way to Park Lane, the home of Wanderers, on nothing more significant than a whim.

“I just went down with my friend Jack O’Leary. He trained with me that day and gave up the next day. I kept going.”

The nurturing process began quickly with Bobby Cummings and James O’Connor among those to guide an enthusiastic, raw rugby talent.

The Tug o’ War between sports for elite athletes that can undermine the individual involved never really materialised for Deeny.

“A lot of people have been very supportive of the choice I’ve made,” he said.

“The GAA is community-based. It is my experience that when they see someone doing well at something else, they are going to support you. The Vols are an amazing club. Peters’ is an amazing school. They never tried to stop me doing something I wanted to do.”

Deeny doesn’t have a lot of free time on his hands, juggling Biomedical Science at Trinity College with his various rugby commitments to Leinster, his club Clontarf and the Ireland Under-20s, spending a fair chunk of his life on the 46A from Phibsborough where he lives.

“You have to be organised. You have to arrange your academic, your sport, your social life together. It is something you have to do,” he said

“You come in here and you see your friends every morning. What’s not to like about it? We’re all in it together.”

In truth, Deeny didn’t really delve into the chances of playing professionally with Leinster until representing Ireland in the Under-20 Six Nations last year.

“Obviously, it was a dream,” he shared.

“When I played against England with the Ireland 20s, even though I got literally one minute – I made one carry – I remember feeling how amazing it was to beat England at home.

“I knew then it would be stupid if I didn’t start taking it seriously,” he said.

The fact there was such a special bond, a unity of purpose between that Ireland band of brothers all led to a fine season in which the Grand Slam was secured.

“There were just so many characters, so many different personalities there. It was just very enjoyable. It was hard to come in and not have a good day because there were so many people that would just lift you up.

“When it was time to be serious, they had their heads completely screwed on.”

Deeny almost had the Under-20 World Cup taken away when injuring ankle ligaments before the tournament. He was confined to flying out as a late replacement.

“Going to Argentina was just a wonderful experience, one I would never have had,” he said.

“I came off the bench against England and scored a try. The boys from the Vols were claiming all rights to it – a typical gaelic block down.

“Then, I started against New Zealand. It was amazing. When you look across and see the black jersey, you know it is the World Cup.”

He has the height (6’6”) and the frame to compete as well as the ball skills to excel.

The 20-year-old does not have the same rugby playing experience as most of the others around him. That is what makes the excitement surrounding his ceiling understandable.

The sky is the limit.

This article first appeared in the Official Matchday Programme for Leinster Rugby’s Guinness PRO14 clash with Edinburgh Rugby at the RDS Arena on October 11, 2019.