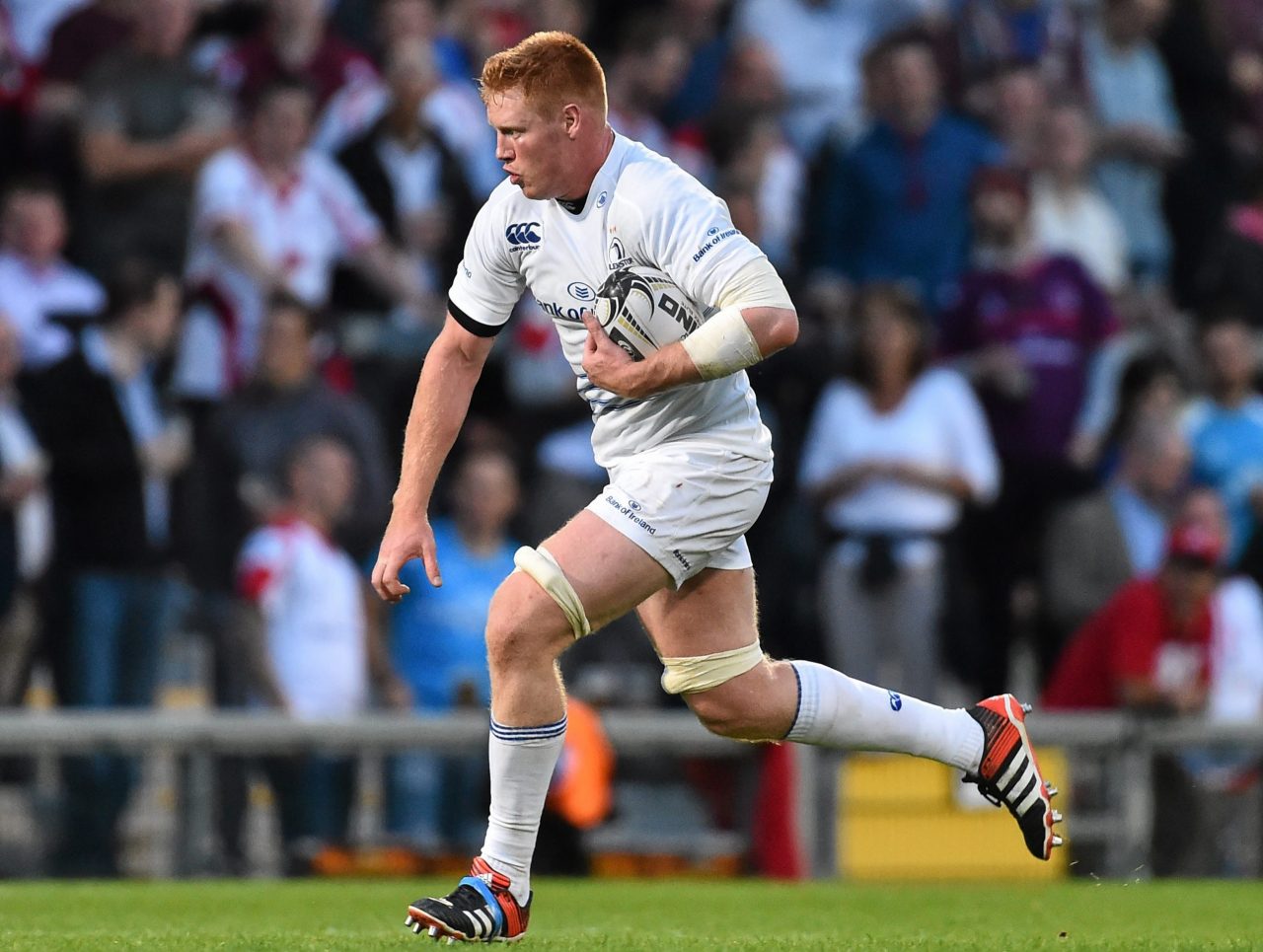 Ahead of Friday’s big match against Glasgow Warriors in the RDS, Tom Denton looks back on two thrilling games against the reigning champions last season.

Denton scored a crucial try in the defeat to Glasgow at Scotstoun last season. With Leinster trailing 19-6 a converted Jack McGrath try from a rolling maul got the boys in blue back in the game with eight minutes to go.

Then, less than two minutes later, after a superb kick downfield from Zane Kirchner, Tom Denton stole the ball at the back of a Glasgow lineout to give Jimmy Gopperth the opportunity to put Leinster back in front, which he took.

But for a late, late Stuart Hogg penalty, Leinster would have taken the win in a thrilling encounter at Scotstoun.

“I remember the first game away there,” Denton recalls on Across The Laighin.

While he hasn’t been selected in Leo Cullen’s 23-man squad, Denton knows the focus going into tomorrow’s game is on building on the two wins at home over Cardiff Blues and Dragons.

“We’re trying to build a bit of momentum after our last two wins. It was obviously a big disappointment to go away to Scarlets and lose. So, rebuild this week and get back to winning ways. Obviously disappointing for Ireland at the weekend, so we’ll have some players back, and (Glasgow) will have a few players back from Scotland.”

Watch Tom’s full preview of the match against Glasgow Warriors in the latest episode of Across The Laighin at the top of the page.

Did you support Ireland at Rugby World Cup 2015? Bring your ticket stub from any Ireland World Cup game to the RDS on Friday and get a ticket for Leinster v Glasgow Warriors for just €;15!