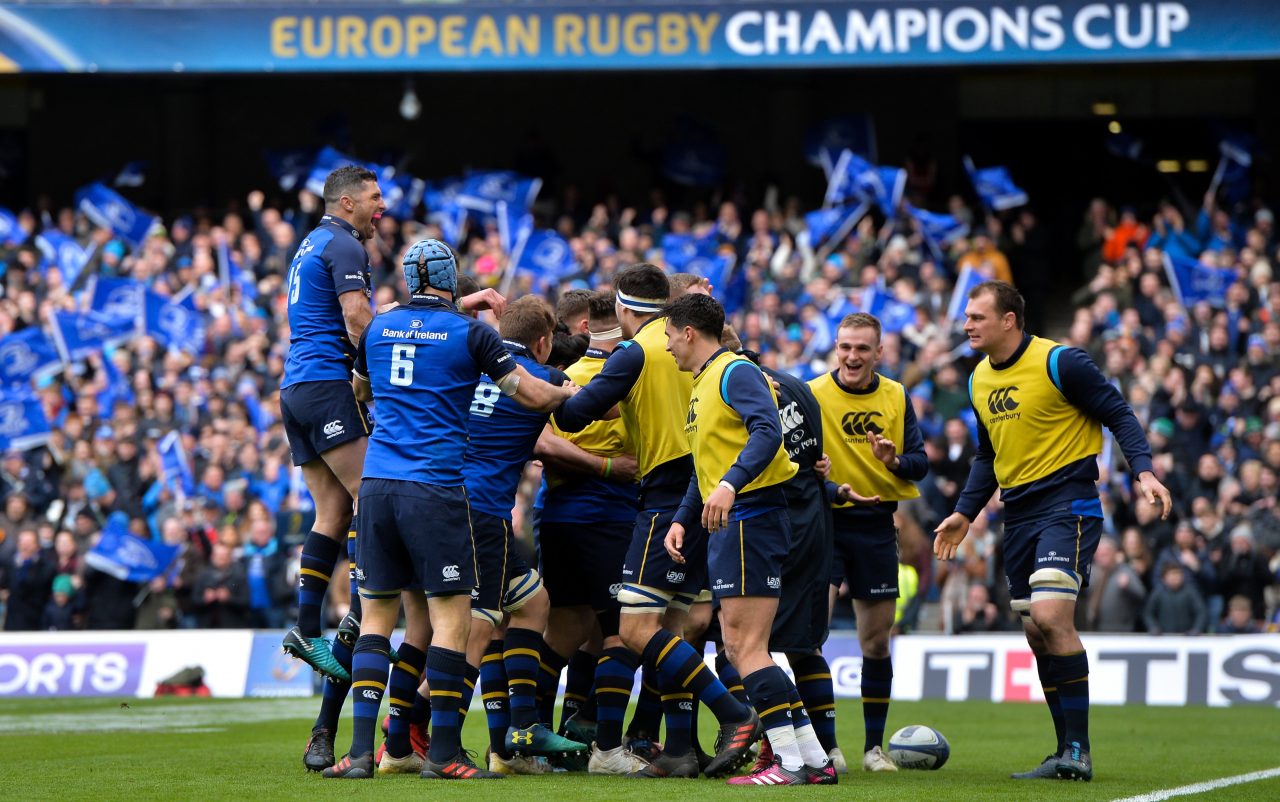 Leinster Rugby will face Scarlets Rugby at Aviva Stadium on Saturday, 21st April, at 3.30pm in the semi-finals of the European Rugby Champions Cup, EPCR confirmed this afternoon.

Leinster finished as the top seed from the pool stage and, after defeating Saracens at Aviva Stadium on Easter Sunday, claimed home country advantage for the Champions Cup Semi-Final against the reigning Guinness PRO14 champions.

The 30-19 victory over the reigning European champions at a sold-out Aviva on Easter Sunday was secured with tries from Garry Ringrose, Dan Leavy and James Lowe.

Leinster qualified for the semi-final stage of Europe twice in recent seasons, though both of those games ended in defeat away in France against Clermont Auvergne (April 2017) and Toulon (April 2015).

The last time the province had home country advantage for a European semi-final was against Toulouse back in April 2011.

Leinster Rugby Season Ticket holders will have access to an exclusive pre-sale for the semi-final, starting on Thursday, 5th April, with further details on semi-final tickets, including the pre-sale link, to be provided soon.

Supporters should be aware that semi-finals are EPCR events and that the allocation of tickets to Leinster Rugby will be controlled by EPCR.

Keep up with the latest team news, fixture details and ticketing information by subscribing to the Leinster Rugby eZine.

To secure your place at all of next season’s big matches, get your 2018/19 Season Ticket from next Tuesday, 10th April.

Leinster Rugby returns to Guinness PRO14 action over the next two weeks as the push to secure top spot in Conference B, ahead of Champions Cup Semi-Final opponents Scarlets, reaches the final stages.

Tickets for this Saturday’s game against Zebre are available now from €20/10.