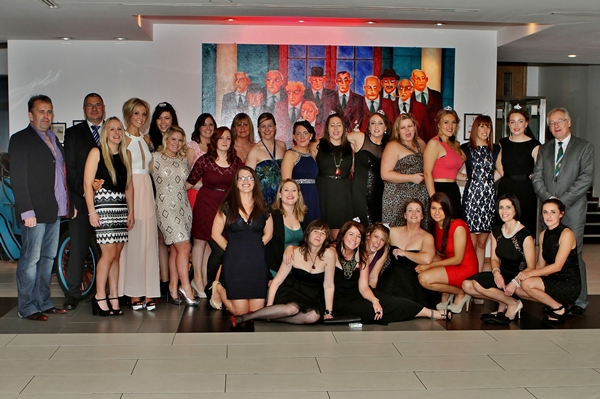 Recognising the growing interested in Women’s Rugby within Leinster, in early 2009 a decision was made by the Executive Committee of Clondalkin Rugby Football Club, to form a Women’s team…

The Director of Rugby for Clondalkin RFC asked two past-presidents of the club, Kieran Phelan and Eugene Noble if they would take on the task of getting this team up and running.

The initial set-up was greatly aided by Clondalkin having two experienced players from the start to assist in the preparation, Sandra Flood and Catherine Keane, and a first meeting took place in the club house at Gordon Park on July 7, 2009 to discuss and agree the many items that needed agreeing prior to Clondalkin fielding a women’s team.

The most important decision was that Sandra would be the first Captain with Catherine the first vice-captain. The first training session was held on July 30, 2009 with around 20 participating. Our fortunes were added to by Sandra managing to get Rachel Vickers to join our ranks. Rachel was a former English International and was a member of the Leinster Women’s squad at that time. Our first match was a friendly training match against Barnhall on September 10th which was three ‘half’s’ of 20 minutes – but we were up and running.

At that time there were two leagues in Leinster, Division 3 as it was called and the Development League – Clondalkin played in the Development League against Portarlington, Tullow, UCD, Rathdrum, Roscrea, Wexford, New Ross and Blackrock. We finished mid-table. Our first season saw a large amount of turnover in personnel, but at the end of that first season we had a core of around 7 to 10 players – the majority of whom would have been new to rugby but growing in their ability for the game.

At the start of our second year, we were extremely fortunate to add the services of Gordon Condell as our team coach – previously we had been assisted ably by a selection of players such as Brian Berry, Mark Molloy, Kieran Cullen and Martin O’Brien who gave generously of their time but it was a major step forward to be able to have a dedicated coach.

Our second season, 2010-2011, ended as a successful one with Clondalkin Women’s Rugby taking home their first ever piece of silverware by being the inaugural winners of the Leinster Women’s Cup after a titanic battle against Edenderry RFC in the final which was held in Barnhall RFC and on a scoreline of 10 points to 7 with all Clondalkin points coming from our out half, Therese Grogan.

Our third season, 2011-2012, with Laura Murphy as captain, saw us finishing fifth in Leinster League Division 3 (still the top league in Leinster at that time) and in the Leinster Cup, we qualified from our section as one of the two top runners up only to be beaten by Portarlington RFC in the quarter final.

At the start of the following season, 2012-2013 the huge growth in the popularity of women’s rugby in Leinster resulted in an expanding of the number of divisions from 2 to 4 and the restructuring of the Divisions into Divisions 1, 2, 3 and Development. Clondalkin were initially to maintain their position in the top division, Division 1, but extremely poor attendance at pre-season training coupled with some senior players not being able to commit for that season due to a number of reasons, resulted in a decision by management to seek permission from the Leinster Women’s Competitions Committee to drop down a division which eventually resulted in dropping two divisions to Division 3. A challenging season, led by Captain Sandra Healy, resulted in Clondalkin making it through to the Division 3 final only to come out second best against a very good Railway Union side. We then contested the relegation/promotion decider against Dublin University to come out eventual winners and thus book our spot in Division 2.

So we headed into this current season with a firm resolve to increase our playing numbers and hopefully to have a successful campaign in Division 2. With the kind permission of South Dublin Country Council, we held our pre-season training in Rathcoole Park just opposite the Avoca shop which gave us significant exposure to the many people using the park.

After an enjoyable season opening blitz in Carlow RFC and a further restructure of the Leinster League which also saw the creation of an AIL 2 Central division, Clondalkin were invited to once again play in the top league in Leinster, Division 1, which is hugely fitting in the club’s 40th anniversary given that our senior men are also playing in the top league in Leinster, Division 1A, after winning promotion the previous season.

The numbers and the commitment at training have been really encouraging. We continue to be in an envious position of having Gordon Condell, Shane Dunne and Una Murphy on our coaching team, and for the first time we are in the great position of being able to name a full 22 match day squad – something that we would have thought impossible at the start of last season.

On the field our performances, led extremely ably by our captain Shona Byrne, are applauded by all in the club. In Division 1 we are competing against NUIM Barnhall, Railway Union J1s, Old Belvedure J2 and Portarlington. After 4 matches we are currently undefeated lying second behind Old Belvedere after two wins and 2 draws. Our most recent match on November 3, saw us draw 12 all away to Old Belvedere in a top of the table clash that was an excellent game to watch. We will continue this season in the hope of further glory but at all times we will do so enjoying playing that great game that is Rugby Union.

The Executive Committee of Clondalkin RFC, on which two representatives from the women’s team sit, have been major supporters of the team and under the successive Presidents – Terry Woodhead, John Stapleton, Alan Bracken and Tom Duffy – they have given full support to the team in whatever way it was required – this support has been key in being able to maintain progress. A special mention should also go Eugene Noble who received the award of Leinster Women’s Rugby Club Person of the Year 2013 as testament to his continued hard work and enthusiasm.

Clondalkin Women’s Rugby have come along an interesting road in the four and a half seasons that they have been in existence and the addition of a women’s team to Clondalkin RFC has brought a renewed vibrancy and extra dimension to the Club that is welcomed by all. New members are always welcome – so if you have never played rugby and would like to try or if you have previously played and want a restart; Clondalkin Women’s Rugby is the team for you!