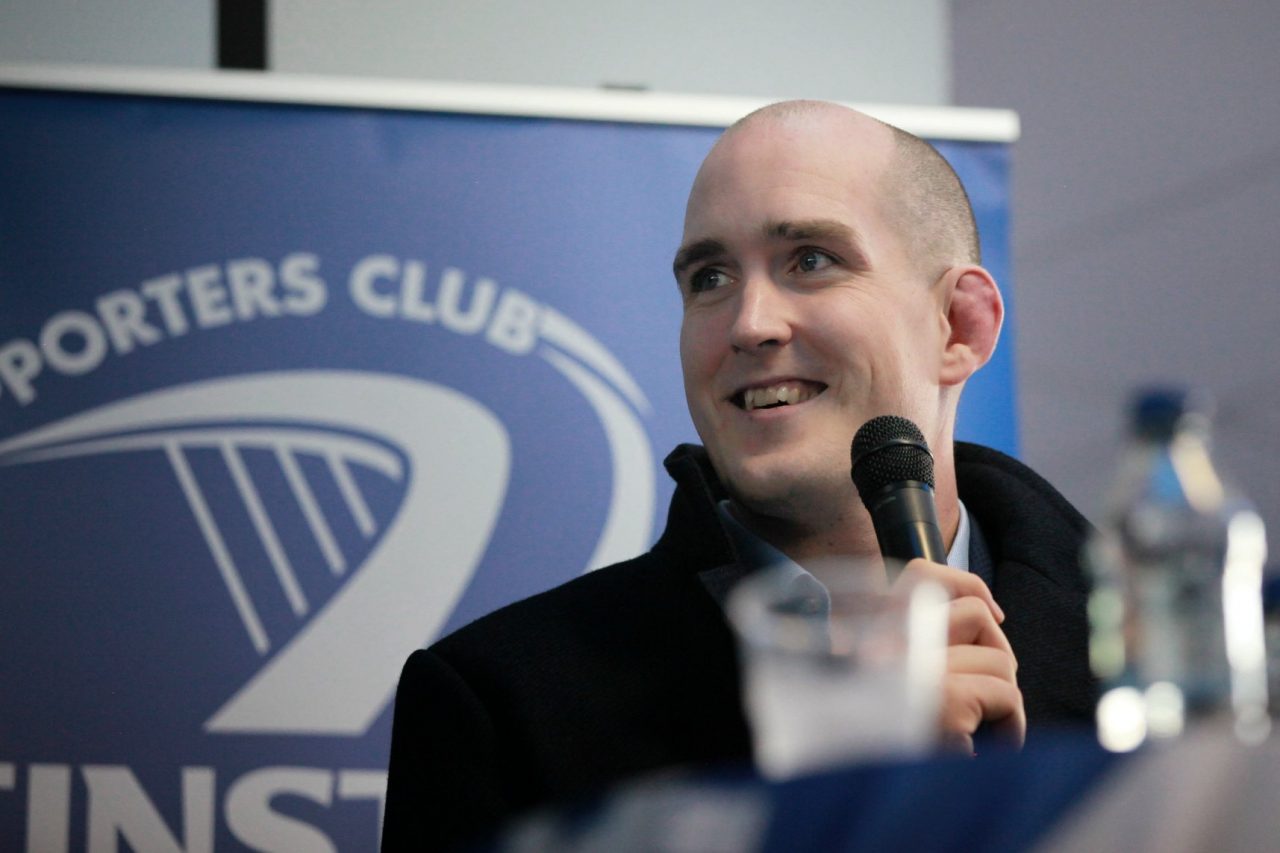 At the time of writing, Leinster Rugby stalwart Toner, AKA Big Dev, has amassed 226 caps over a period of 13 seasons playing as a professional in the blue of his native province.

Devin won his first cap for Leinster in 2006 at the age of 19. In last season’s double-winning campaign, he featured in 30 games, started 19 and played every minute of knock-out rugby in both competitions. 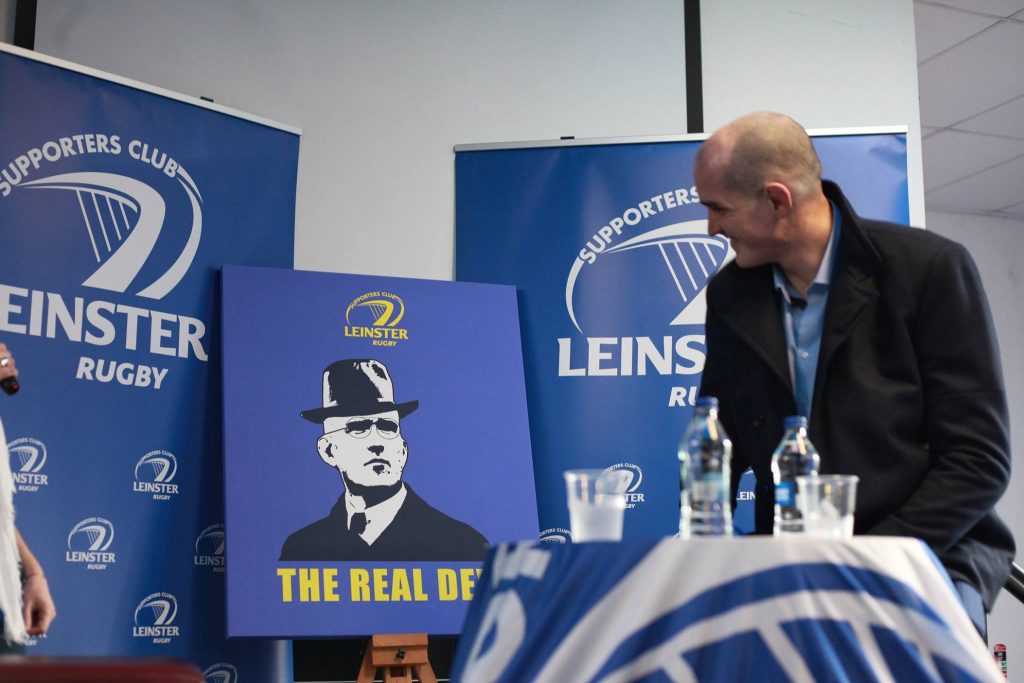 After the crucial victory over Toulouse, at a packed Laighin Out Bar, OLSC President Aisling O’Connor presented Devin with his T-shirt and chaired a lively Q&A.

Devin enjoyed a special day as his wife Mary and family were present to see him honoured by the Leinster faithful.

Devin’s son Max even got to sport his very own custom ‘Real Dev’ T-shirt with ‘My Dad’s an OLSC Legend’ written across the back. 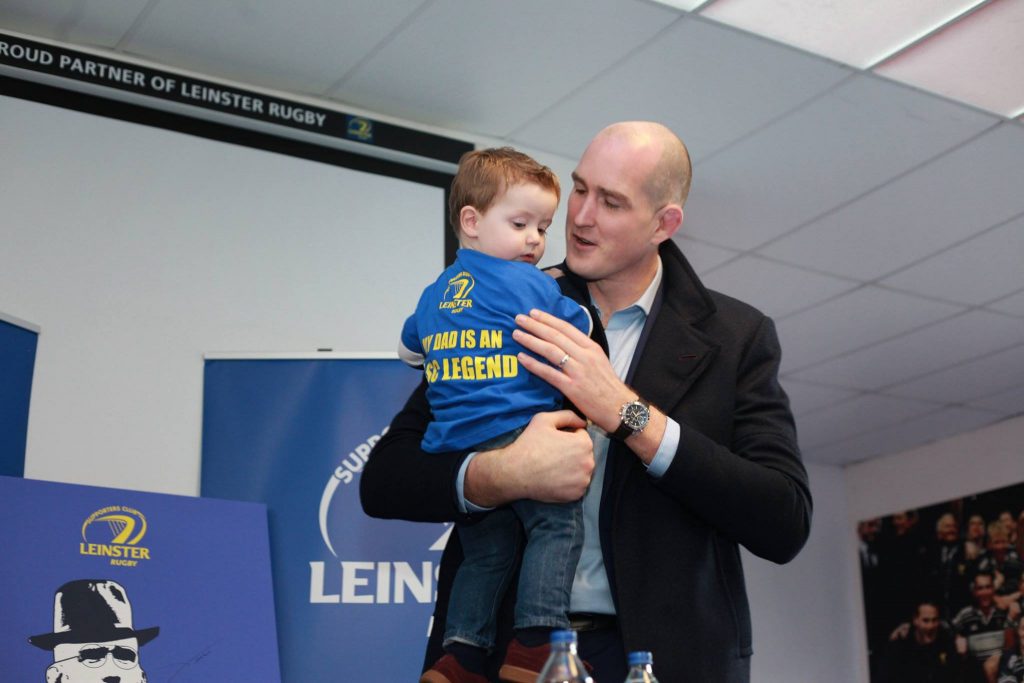 The OLSC, on behalf of all supporters, were delighted to honour and thank Devin for his outstanding service.

Watch out for the next Q&A in the Laighin Out after the Scarlets game on 25 January.

Photos from Devin’s Legends T-shirt presentation can be seen here.