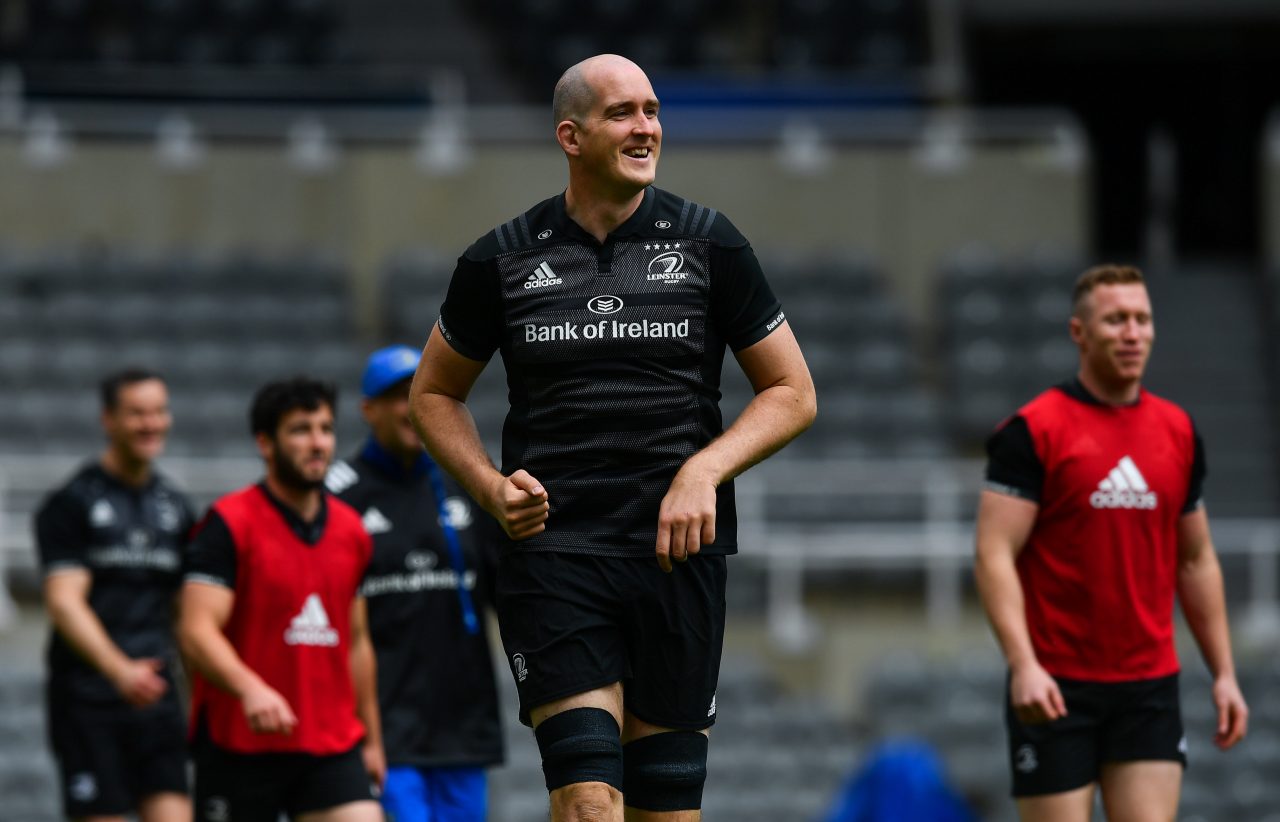 Devin Toner believes the squad are ready to jump back into Guinness PRO14 action this weekend, as Leo Cullen’s men prepare for the challenge of facing Munster at the RDS Arena for a place in the PRO14 Final.

The second-row used last year’s game at the same stage of the competition, and in the same venue, as an example of what sort of contest he’s expecting on Saturday afternoon.

“It was a cracking occasion last year, it was a really tough game and we’re expecting nothing less this year,” the Meath man told the media at Leinster HQ.

“Obviously, they’ve had two weeks to prepare for it so they’re going to be up for it, I’ve no doubt.

“It’s not going to be too hard to get up for this weekend, to be honest. Munster in a semi-final, especially in the RDS as well, we really want to put on a good game for our fans.”

Toner, as with the rest of the team, was hugely appreciative of the effort made by the travelling fans last weekend in Newcastle.

He highlighted the welcome for the team bus, in particular, as a moment that stood out, indicating that it would be another driving factor for this week.

“The travelling support for us over the years has been amazing. To see them when we were there at the weekend in St James’ Park was unbelievable. The amount of flags was ridiculous and they were so loud.

“I hope it came across what they mean to us. We know, first of all, how expensive it is to be able to go over to away games, away finals and there’s so many of them that go to every single away game.

“We want to put in a good showing for them, especially at the RDS.”

Leinster take on Munster in the semi-final of the Guinness PRO14 at the RDS Arena on Saturday (KO 2.30pm).