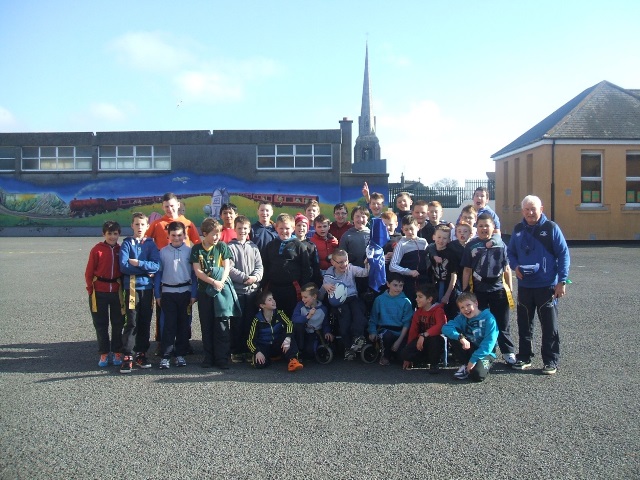 Leinster Rugby and Wexford Co. Council Community Club Partnership continues to grow as the four Club Community Rugby Officer’s in Co. Wexford are now qualified in the disability awareness programme, along with Sports Active Wexford, which is now up and running in the county…

Wexford C.B.S. primary school is one of the national schools that Noel Ferguson, C.C.R.O. for the Wexford District, is involved in coaching over a five week period.

The Wexford town school pupils are pictured along with Conor Cahill holding a Leinster flag and rugby ball which was presented to Conor, for his participation in tag rugby by Noel.

Tag rugby caters for all ages, genders and abilities and Conor was involved with his classmates in playing tag rugby games playing mostly at scrum half. His classmates treated Conor as an equal in their teams and games with fun and enjoyment for all. Well done C.B.S.