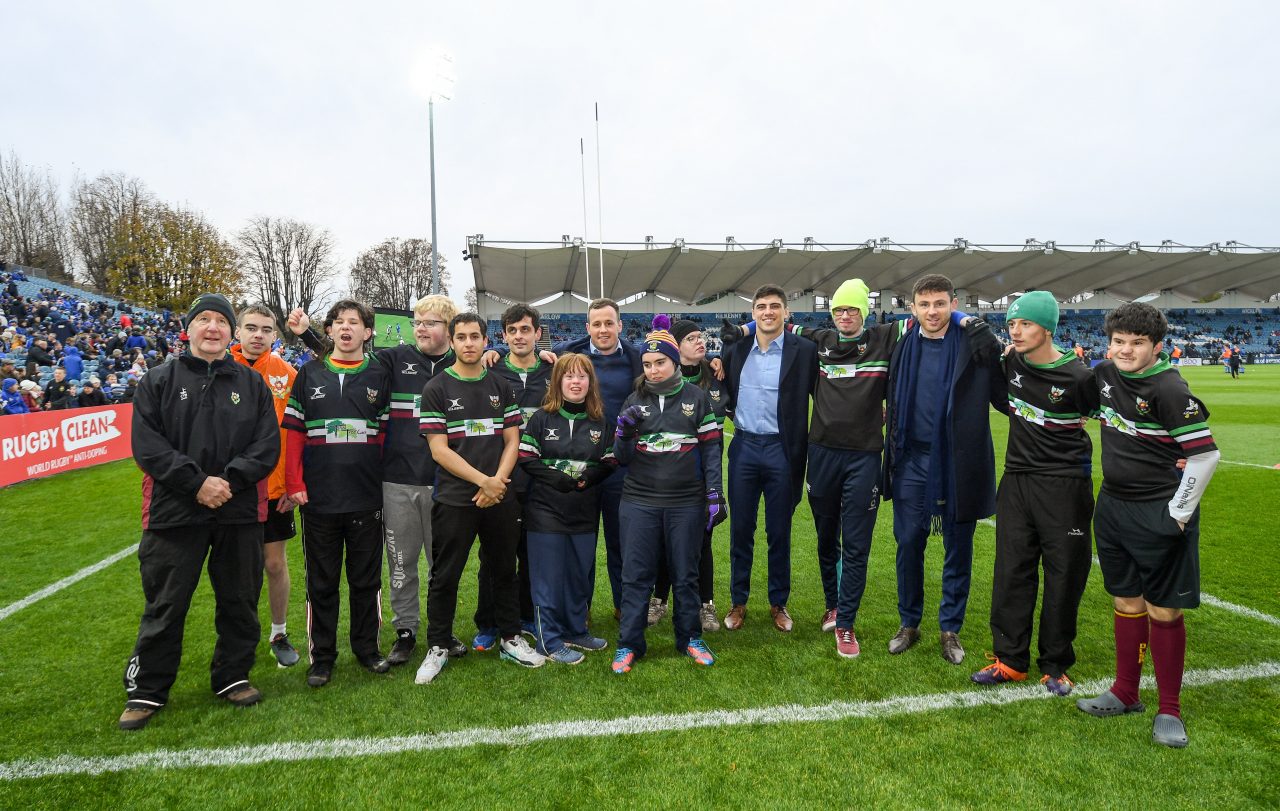 Rugby is continually evolving and spreading its wings but one of the most impressive strides the game has made in recent times is the level of inclusiveness.

People with disabilities/special needs are now being well served by clubs in Leinster and one such example is the De La Salle Palmerston Eagles.

The DLSP Eagles is a tag rugby team made up of players with special needs. DLSP are in existence over 100 years and have been sterling servants to the game in the province and they are continuing to lead the way with their special needs team.

It’s all about fun. Tag rugby has experienced unparalleled growth in Ireland over the past number of years and that growth has given opportunities for everyone to get involved, have fun and make new friends, on and off the rugby pitch.

The primary focus for the Eagles playing tag rugby is to have fun, get players to appreciate the game of rugby, develop ball handling and spatial awareness while also helping to develop skills and fitness to improve their daily lives.

The coaching team is made up of dedicated volunteers with a wide range of skills and experience. Among them are coaches, players and learning disability professionals as well as people who just want to do their bit for the club.

Sunday mornings in Kirwan Park in Kilternan is when all the action happens unless they are away at blitzes.

Over the past few years, the Eagles have been busy both entertaining other teams in Kilternan and also visiting other clubs. There is a good network of clubs who organise tournaments regularly with the likes of Seapoint, Westmanstown Special Needs (Garda RFC), Greystones, Barnhall, Tullamore, Carlow, Clontarf, Mullingar and Garryowen all having close links with the DLSP Eagles.

This have played in the RDS Arena and have been fortunate enough to get a run out in Aviva Stadium while they also got trained with the USA National team.

Down through the years, the club has had a lot of good will from various sports stars including former Ireland manager Joe Schmidt, Brent Pope, Alan Quinlan, Alex Petrilli, Isaac Boss, Elise O’Byrne White, Jenny Murphy and Ciara Peelo, an Irish Olympian sailor, who have all come to a training session and participated with the players.

Palmerston FC was founded in 1899 in Ranelagh at the home of the Ferguson family. A long and storied history occupies the south Dublin club and it stands as the 13th oldest club in Ireland and the seventh oldest senior club in the history of the IRFU.

De La Salle RFC was formed in 1965. They had excellent success as a junior club, built on the quality of rugby playing talent coming from De La Salle College, Churchtown. In the season 1972/73, the club acquired grounds in Glenamuck and following Palmerston’s move to Kilternan, the grounds of the two clubs were adjacent.

At the height of their powers, DLSP were promoted to the All-Ireland League in 1998 and had a good stint there. Recent years have seen them slip back somewhat and they now apply their trade in Division 1B of the Leinster league.

Malcolm O’Kelly and Luke Fitzgerald are probably the best known players to be produced by the club while Des Fitzgerald was the club’s first Irish International back in 1991.

The club grounds was officially named Kirwan Park back in 2009 in honour of the contribution made by the family. Eddie Kirwan is a former Treasurer of the IRFU and was elected President of the IRFU in 1952.

From 1956-1973; he also held the position of Secretary to the International Rugby Board while Jack Kirwan was elected President of the Leinster Branch for the season 1990/91 (following in the proud footsteps of his father and uncle) and was elected to the IRFU Hall of Fame in 2009.

In 2010, Kevin Fitzpatrick became the third club member to be President of the Leinster Branch and during his tenure saw Leinster win the Heineken Cup.

This article first appeared in the Official Match Programme for Leinster Rugby’s Heineken Champions Cup clash with Benetton Rugby at the RDS Arena on November 16.

Over 40,000 tickets have been sold for Leinster Rugby’s massive Champions Cup clash with Northampton Saints (KO 5.15pm) at Aviva Stadium on 14 December! Get yours now.