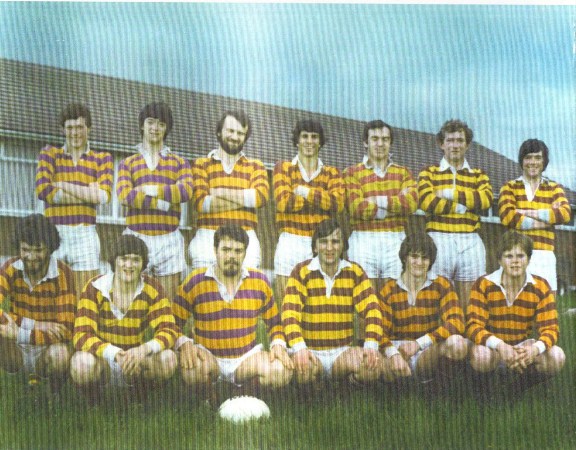 On Saturday 26th of January, DLSP will play a home AIL game against Sligo RFC (Kick off 2.30pm) as well as hosting the first reunion lunch for past members and players of De La Salle RFC will take place at the club (starting at 12.30pm)…

De La Salle RFC was a junior club that was established in 1965, initially using the college as its home ground before acquiring its own clubhouse and grounds on Glenamuck Road in 1970. It had an open membership policy, with members from all over Dublin and was founded by a group of twenty-five 18/20 year olds who in 1965 had a vision and no fear.

This was proven by winning a 3rdA Leinster Branch League (J3) in 1967, when the club was only two years old. This instant success helped the club grow to become the strongest junior club in the metropolitan region fielding six adult teams and two Under 19 sides.

Who went onto win the Spencer Cup eight times, including a historic five in a row before merging in 1985 with Palmerston FC to become the first two Irish rugby clubs’ to merge.

Early indications are that there will be a very large crowd in attendance, who will be looking forward to catching up with old friends and reminiscing about some of the great games they played in.

At the lunch there will be a presentation of the five in a row Spencer Cup winning team pennants to the club by John Doyle, along with a copy of a local promotional poster of the club’s very first tour programme to Hagenau in France (which included a day trip to play Heidelberg RFC in Germany – which was the tour’s first match) in 1975 by Des Cannon and an original De La Salle RFC crested plaque by Lar Hudson.

If you know of a family member or friend who may have played for De La Salle RFC, we would appreciate you making them aware of this lunch.

It costs €;20 to attend the lunch, which includes a two courses, wine, match programme and complimentary entry to the game.

To book a place at the lunch they e mail; info@dlspfc.ie or contact John Doyle directly by e mail at; doyletex@eircom.net or on his mobile at 0862562920.