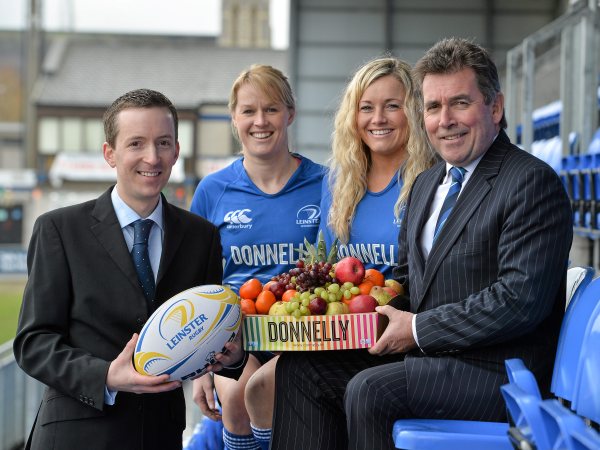 Donnelly, Ireland’s leading fresh fruit and vegetable supplier, has been announced as the official new sponsor of the Leinster Women’s Rugby Team…

Based in St. Margaret’s amidst the fertile fields of North Co. Dublin, and employing approximately 200 people, Donnelly are purveyors of the freshest seasonal fruit and vegetable and are 100% Irish owned. The decision to sponsor Leinster Women’s Rugby reflects Donnelly’s brand values and ethos of promoting a healthy, active lifestyle, and compliments Donnelly’s position as a winning Irish business.

The three year sponsorship deal will see the Donnelly logo appear on the Leinster Women’s Rugby team jersey as well as on items of the match-day and non-match-day training kit. Donnelly will also maximize the sponsorship through above-the-line and below-the-line promotional campaigns entitled ‘Powering the Mighty’ which will involve a complete marketing and PR campaign across Online, Social, and Print, as well as a high level of involvement at all levels of Leinster Women’s Rugby. 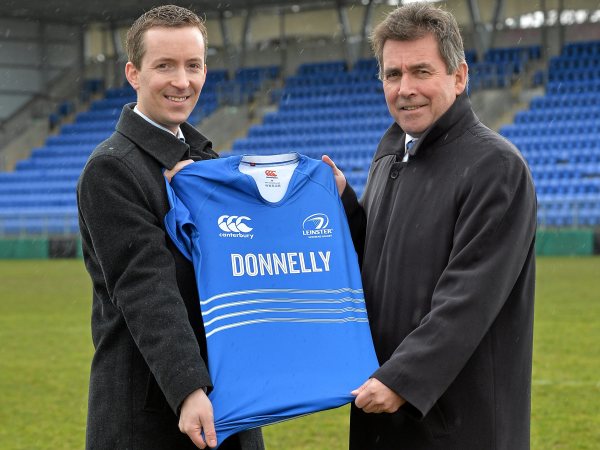 “We are extremely honoured to be the new sponsor of Leinster Women’s Rugby. At Donnelly, we pride ourselves on quality, constant innovation and growth, and we see these values reflected in Leinster Women’s Rugby. We are huge admirers of the pride, passion, and dedication within Leinster Rugby, and feel that what we have been doing in Donnelly for the past 35 years is almost identical! We have been feeding the nation the very best in fresh fruit, vegetables, and salads, and are now delighted to be able to power the mighty Leinster Women. We are so excited about working with the clubs and squads in the years ahead and to many more highly successful seasons!”

“We are delighted to welcome Ciarán and the team in Donnelly on board and wish them every success over the next three years and beyond.

The Leinster Women’s Rugby team has been making great strides both on and off the pitch but that isn’t possible without the support of companies like Donnelly and I am delighted that they have committed in the way that they have.

Women’s rugby in Ireland and indeed in Leinster is a good news story right now boasting Grand Slam and Inter-Provincial success. There is a great group of players here at Leinster at the moment and their coach Rob Forbes has already done a marvelous job and the future is looking very bright for them.”

Women’s rugby is an increasingly emerging force in Irish sport, growing in popularity all the time, particularly since Leinster Women’s Rugby’s Interprovincial victory in 2013, and the Grand Slam winning performance of the Irish women’s rugby team in the 2013 Six Nations. The 2014 Women’s Six Nations carries extra significance this year as it also serves as a warm-up for this summer’s World Cup in France.